"Eimear, will you and Ian stop talking about Ulster, please?!"

While the Champions Cup has been postponed until a later date, the 2021 Guinness Six Nations is set to proceed from early February. France have already named their extended squad, but Ireland may wait until later this month to follow suit.

END_OF_DOCUMENT_TOKEN_TO_BE_REPLACED

The last two weekends' Guinness PRO14 action will have heartened Andy Farrell and his coaching staff, which now includes Paul O'Connell as forwards coach. There were wins, apiece, for each of the provinces and the likes of Johnny Sexton, Jordan Larmour, Conor Murray, Peter O'Mahony and Hugo Keenan all got starts, and looked dialled in.

On the latest House of Rugby Ireland episode, former Ulster and Ireland centre Darren Cave (LISTEN below) spoke with hosts Eimear Considine and Ian Madigan about some of the uncapped prospects that are in with a Guinness Six Nations shout. 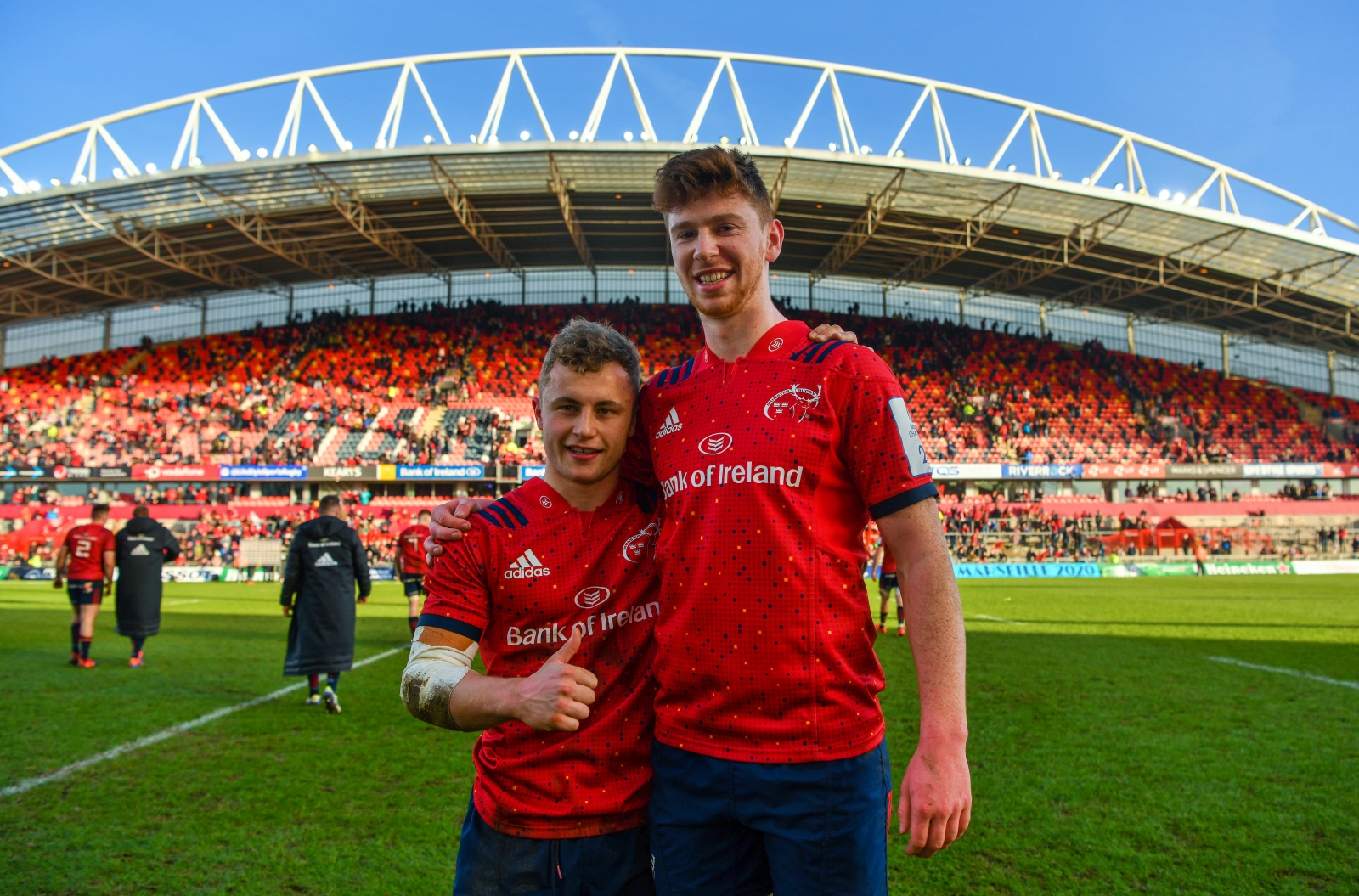 Craig Casey and Ben Healy of Munster pictured after making their Champions Cup debuts at Thomond Park in January 2020. (Photo by Diarmuid Greene/Sportsfile)

"A lot of you want to see Munster back-row – and I’m pretty happy with this one – Gavin Coombes in there," Considine noted.

END_OF_DOCUMENT_TOKEN_TO_BE_REPLACED

Madigan praised Hugo Keenan and Jordan Larmour - a "shoe-in" for the Ireland XV - for their comeback performances and said Farrell's big call there may be who gets the right wing berth and who starts at fullback. Switching focus to Ulster, he commented:

"I think James Hume is someone who is playing really well in the midfield. There’s a lot of real quality midfielders, right now. We spoke about Tom (Daly) last week and obviously we have the frontline guys. The likes of Bundee, Stu, Garry, Robbie, Chris Farrell. So it’s very competitive but James is definitely someone who has shown that he is up to international standard.

"Mike Lowry is another guy that definitely offers something a bit different. I know he is one of the smaller guys who is out there playing professionally, but his footwork is something that… we’ve seen the likes of Cheslin Kolbe and he’s someone that, the more he plays, he’s going to keep putting his hand up. I’d say he’s definitely on the international coaches’ radar."

"I agree," said Considine. "Lowry was phenomenal in the air last week, as well. For someone of his height, and in challenging conditions with really good, contestable kicks, he was so solid underneath those kicks." 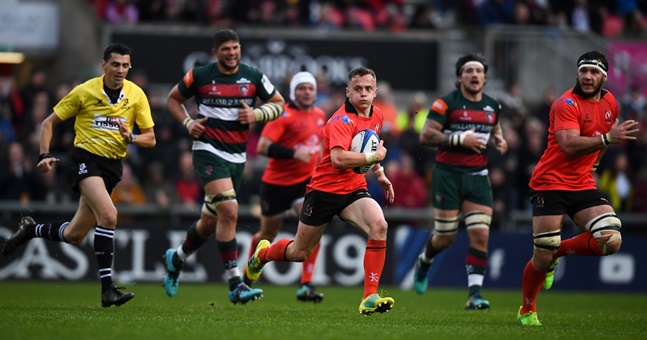 Michael Lowry goes on the charge against Leicester Tigers in 2018. (Photo by David Fitzgerald/Sportsfile)

After jokingly chiding the pair for focusing on Ulster players, Cave mentioned two Munster stars that have impressed him in recent weeks.

"There are lots of very competitive positions," he said. "Ireland, at the minute, I don’t think they have a Scooby-Doo what their best team is... they’ve loads of players [to choose from].

"It’s hard to get in the group at the minute, I think, but Craig Casey is the guy… I know that he’s behind Conor Murray and I know there’s loads of 9s in Ireland, but he was really impressive against Ulster and he’s been good throughout the season, so far. And then the other Munster one I was impressed with, and who I hadn’t seen a lot of, was Fineen Wycherley, in the second row. So, again, with the Ireland squad, there is loads of depth and they are two guys that I expect to see, if not this Six Nations, then the foreseeable future."

With no games coming up this weekend, the Leinster and Munster players will get one last chance to impress when they line out, on January 23, in a rearranged Guinness PRO14 fixture at Thomond Park. With the Six Nations due to commence a fortnight later, it will serve as the last proper chance to impress.


popular
World Cup 2022 Day 12: All the major action and talking points
From Ireland to Argentina: Alexis Mac Allister's Irish roots explained
The FootballJOE Qatar World Cup 2022 Geography Quiz
France demand FIFA change result of World Cup defeat over 'rule break'
The World Cup 2022 team of the tournament so far
Cristiano Ronaldo 'agrees £173m-a-year deal' with Saudi club
Argentina reach World Cup last-16 with convincing win over Poland
You may also like
9 hours ago
From Ireland to Argentina: Alexis Mac Allister's Irish roots explained
6 days ago
Former England international admits he wishes he had played for Ireland
1 week ago
Two baffling omissions as four Ireland stars make World Rugby 'Dream Team' of the Year
1 week ago
Josh van der Flier claims World Rugby Player of the Year at Monaco ceremony
1 week ago
"Highlight of my Ireland career" - Behind the scenes as Jack Crowley and Ross Byrne covered for a legend
1 week ago
Bundee Aki reminded us all of his best qualities, on a night Ireland couldn't do without him
Next Page