The former Ireland captain had led the British & Irish Lions in South Africa, four years previous, and had helped restore some of the pride in the jersey that had been lost on the disastrous New Zealand tour of 2005.

O'Connell helped the Lions to a 1-0 lead even after fracturing his arm in the final 10 minutes of the First Test. He stayed on to the end, until the game was secured and the final whistle celebrated.

Despite the break being confirmed and his series being over, O'Connell remained Down Under until the Lions won out, 2-1. He explained his motivation for that final tour:

"That old-school cliché of leaving the jersey in a better place... we had the experience were we had gone on a Lions tour and we had left it in a far worse place. When you have spent all your rugby career dreaming of playing for the Lions and that happens, it's a horrible feeling."

That he could leave the jersey in a better place will have given O'Connell great satisfaction. 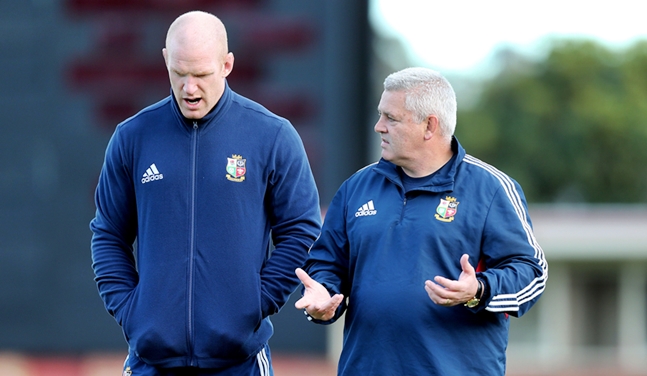 With O'Connell now retired - like many from the 2009 and 2013 tours - Warren Gatland must find new leaders and talismen to get the job done against the world champion All Blacks.

The Irish lock may be gone but Gatland will not forget his excellent advice. He recalled that O'Connell told the squad:

"Let's be the best at everything that requires no talent."

END_OF_DOCUMENT_TOKEN_TO_BE_REPLACED

O'Connell was talking about the stuff that needs to be done to win matches but is rarely talked about - getting back up after making a hit, cleaning out rucks, chasing back, re-joining the defensive line, being on time for training, supporting each other and so much more.

"It is a piece of advice I use to this very day," Gatland declared.

You can't blame him too. O'Connell had it right.