"That was an absolute rookie mistake!"

Back in November 2018, Beibhinn Parsons made her Ireland debut in Donnybrook against a strong USA team. She was only 16 years old, but was clearly going places.

Irish rugby has shown no hesitation, over the years, in fast-tracking a young talent if those in the know believe they have the right stuff. Gordon D'Arcy and Luke Fitzgerald were zoomed past underage teams and pitched into Test match rugby in their teens.

Parsons beat both of them to the Irish senior team by three years. Her rapid ascension began a year before her Ireland debut, in 2017, when she was encouraged by Ballinasloe RFC coaches to attend try-outs for Connacht. She made such an impression there that she was selected for Ireland U18s Sevens squad, who happened to be coached by Adam Griggs.

Griggs did not wait around long when he took over as Ireland head coach and Parsons got the call for her Ireland debut against the Americans.

On the latest House of Rugby Ireland episode [LISTEN from 51:00 below], Parsons spoke with host - and Ireland teammate - Eimear Considine about how that debut was not all smooth sailing, starting off with losing her jersey on the morning of the game. 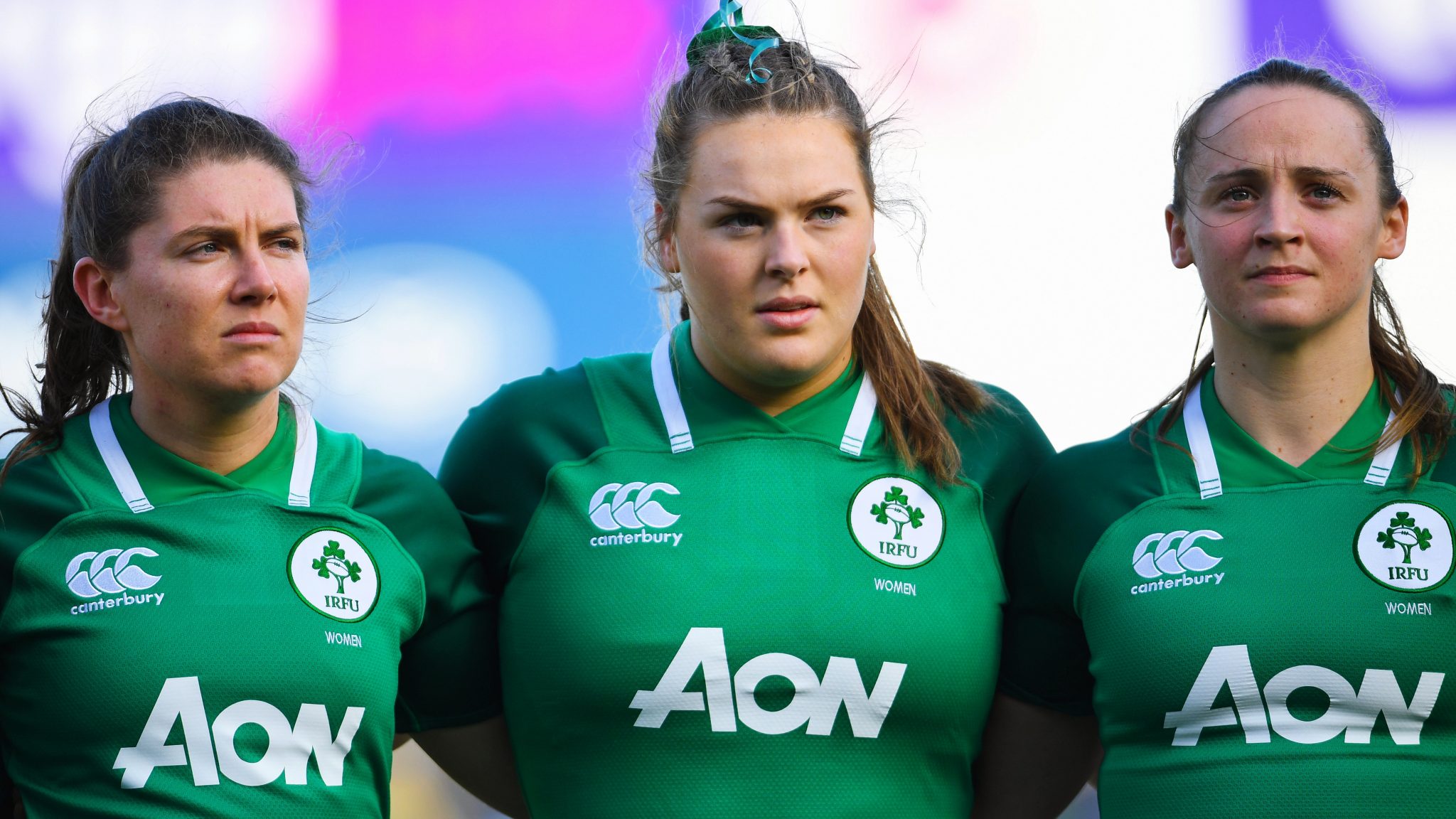 Ahead of that USA game, in November 2018, Considine recalled how former Ireland centre Lynne Cantwell had delivered 'a really lovely and inspiring speech and she presented us our jerseys'.

"Yeah," Parsons replied, "I remember Lynne’s speech as well and how she spoke about her passion and love for the Irish jersey and the green colours.

"I suppose, at the time, I was so young and so naïve that I didn’t realise how big a deal it was. And now, only with reflection and with Covid giving us time to look back on things, I realise how colossal that was, and how it was the start of my journey. I think if I was to get my first cap tomorrow, it would be nearly more nerve-wracking because it means so much more to me.

"But, at the time, I was so overwhelmed with everything that was going on, that I was just zooming through the whole experience, not able to take it all in."

END_OF_DOCUMENT_TOKEN_TO_BE_REPLACED

"Is that why," Consdine teasingly asked, "you were so overwhelmed that you managed to lose your jersey on your first cap night?" Parsons shook her head, incredulous that her teammate had thrown her under the bus.

"Eimear, Eimear, I didn’t think you’d do me like that!" 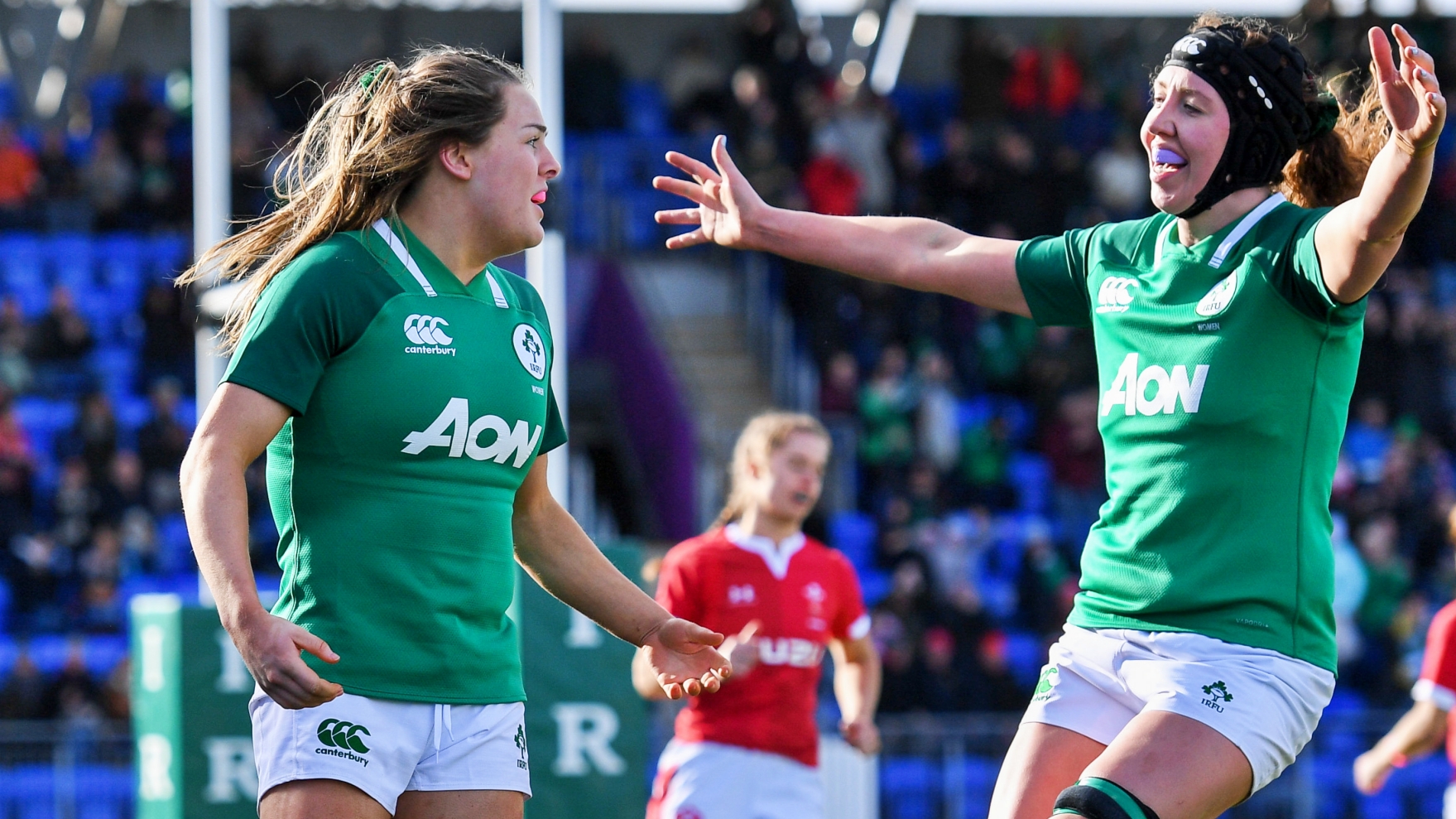 "Yeah, so I may or may not – allegedly – lost my first cap jersey," Parsons admitted.

"I was in bed, the night before the match, trying to get in as much Zzzz’s in as possible. And I wake up in a cold sweat. I literally, for the life of me, cannot remember where my jersey is. And – note to self – don’t ever ring the manager as your first port of call. Ring the players. That was an absolute rookie mistake.

"So, I’m frantic, pacing up and down the hotel room. Bear in mind, I’ve not got a roommate because I was 16 and it was against child safety regulations, or whatever.

"I ring Elaine Ryan. At the time, she’s our manager. She’s freaking out, I’m freaking out. Don’t have a clue where my jersey is. She’s trying to source another one. As far as I know, it’s just evaporated into thin air.

"Until the next morning, Laura Feely taps me on the shoulder, hands me my jersey - 'Did you forget something Beibhinn?'

"God! I can tell you, I didn’t get much sleep that night."

The lack of sleep was not evident on game-day. Although Ireland fell to the USA, Parsons showed enough glimpses of her talent - including a line break that left three Americans in her wake - that there was no turning back.

"Eimear, Eimear, I didn't think you'd do me like that!" 🤣 @EimearConsidine stitches @ParsonsBeibhinn up by asking her how she lost her @IrishRugby jersey the night before her debut ☘️ pic.twitter.com/uIx9SK5YX3

Crazily enough, due to restrictions on underage players featuring in senior games, Parsons is still waiting to play her first club game for Ballinasloe RFC senior side.

"I didn't have a smart rugby brain, back when I played against the USA," she says, "so not coming up through the pathways showed a bit. But, with the last couple of years training and playing at this level, I've grown into the [wing] position a bit more."

Ireland take on Wales in their Six Nations opener on Saturday evening. Kick-off at Cardiff Arms Park is at 5pm, with the game live on RTÉ2 and RTÉ Player.


popular
Names beginning to emerge from Lions stand-by list for South Africa
The SportsJOE 12 o'clock quiz | Day 351
"I'd play it in the back garden if I could. We've been training for this since last September"
Player ratings as Man United and Liverpool play out goalless draw
Finally, Gaelic football is returning to our TV screens - what's on and where?
"Some people just have different passions" - Geezer sees where Clarke is coming from
"I’d love to do my Colin Corkery impression and play Junior B football. It depends on the body"
You may also like
3 days ago
Ireland confirm summer Tests, in Dublin, against USA and Japan
1 week ago
Performances against England saw Bundee Aki and Jack Conan become Lions
1 week ago
James Ryan and Iain Henderson may be fighting for one Lions spot
2 weeks ago
Tadhg Furlong declared 'single most important player for Lions touring party'
2 weeks ago
"It's going to be the biggest thing in this person's life, ever" - Rory Best reveals his Lions captain pick
2 weeks ago
When Gordon D'Arcy brought a coffee to a Joe Schmidt walk-through
Next Page