Beibhinn Parsons is back, and her timing couldn't be any better

"I'm definitely not resting on my laurels!"

Beibhinn Parsons arrived onto the Test rugby scene like a rocket, only for that ill-fated Leaving Certificate of 2020 [and much more ill fate, besides] to slow a previously rapid rise.

Now, settling up in Dublin for college, she is back for the end of the 2020 Six Nations championship and eager to help them finish on the highest high possible.

END_OF_DOCUMENT_TOKEN_TO_BE_REPLACED

Parsons scored two fantastic tries, against Scotland and Wales, in the opening Six Nations fixtures and alerted the wider rugby world to the potential her coaches at Ballinasloe saw in 2017. If that does not seem long ago, it's because it isn't. Parsons is the living example of raw talent fast-tracked and fast-tracked again.

She impressed at Connacht Rugby trials, went into Ireland U18 Sevens squad and was then capped at senior level, for Ireland, in November 2018 at the age of just 16. Speaking to SportsJOE earlier this year, Parsons explained how GAA was her 'main sport until rugby came and took over'.

"I started playing rugby with the boys U11 team at the Community Games. It was a mixed team but I ended up being the only girl.

"That was the one season with the U11s and, after that, I didn't pick up a rugby ball again until a good few years later. There was a girls team set up and we had huge numbers show up - about 30-plus coming along for training. We really just took off from there."

Ballinasloe RFC took off and Parsons did too. She was set to miss Six Nations games against England, France and Italy - opting to concentrate on her Leaving Cert mocks - until the Covid-19 pandemic knocked that tournament down the road. It meant she did now have to go down that Leaving Cert gauntlet, but there will be plenty more challenges ahead. 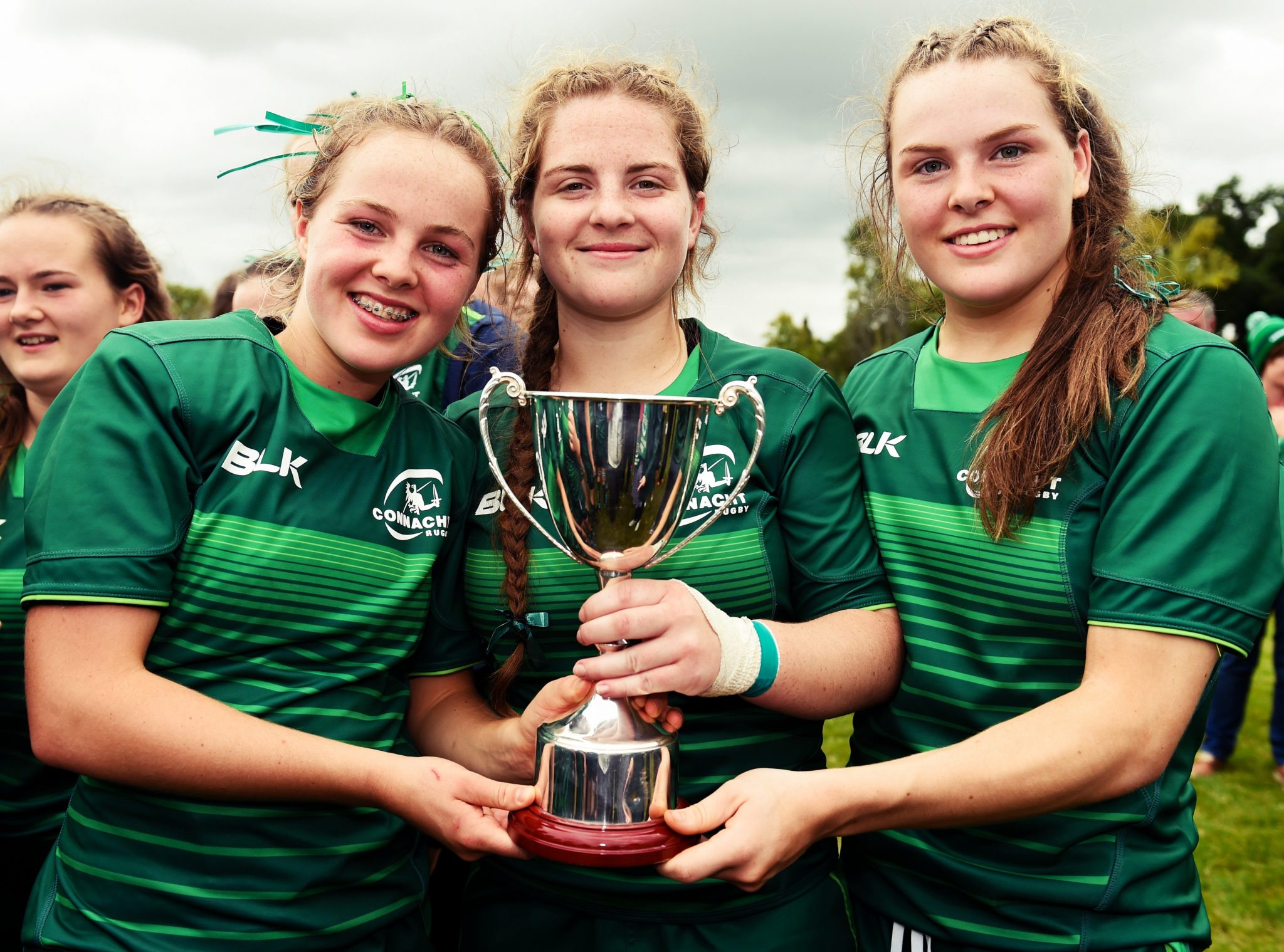 Connacht captains, from left, Aoibheann Reilly, Emily Gavin and Beibhinn Parsons with the cup after winning the U18 Girls Interprovincial Championship match between Leinster and Connacht at Barnhall RFC in Parsonstown, Leixlip, Co. Kildare. Photo by Barry Cregg/Sportsfile

END_OF_DOCUMENT_TOKEN_TO_BE_REPLACED

The timing of Parsons' return, from a personal and team perspective, could not be any better. Ireland will benefit greatly from her presence against Italy and France sides that beat them in 2019.

And for Parsons, another couple of stand-out performances would see her in the mix for the Guinness-sponsored award for Player of the Tournament. 2020 is the first time the award will be handed out, and Parsons is the leading Irish contender. There are two games left to play, but plenty of time for the 18-year-old to make up ground on her peers.

Asked if she had a 'licence to thrill', though, Parsons blanches.

"No, definitely not! This team is one of the most competitive places, internally. I'm definitely not resting on my laurels. I'm chomping at the bit for a jersey against Italy. My focus is on getting a jersey, playing and then performing well."

END_OF_DOCUMENT_TOKEN_TO_BE_REPLACED

"Amongst all of these testing times," she adds, "it's a huge positive that I may be able to play... there has been a lot of great work been done behind the scenes. If I do get that chance, I will use that as fuel to get out there and do the best I can." 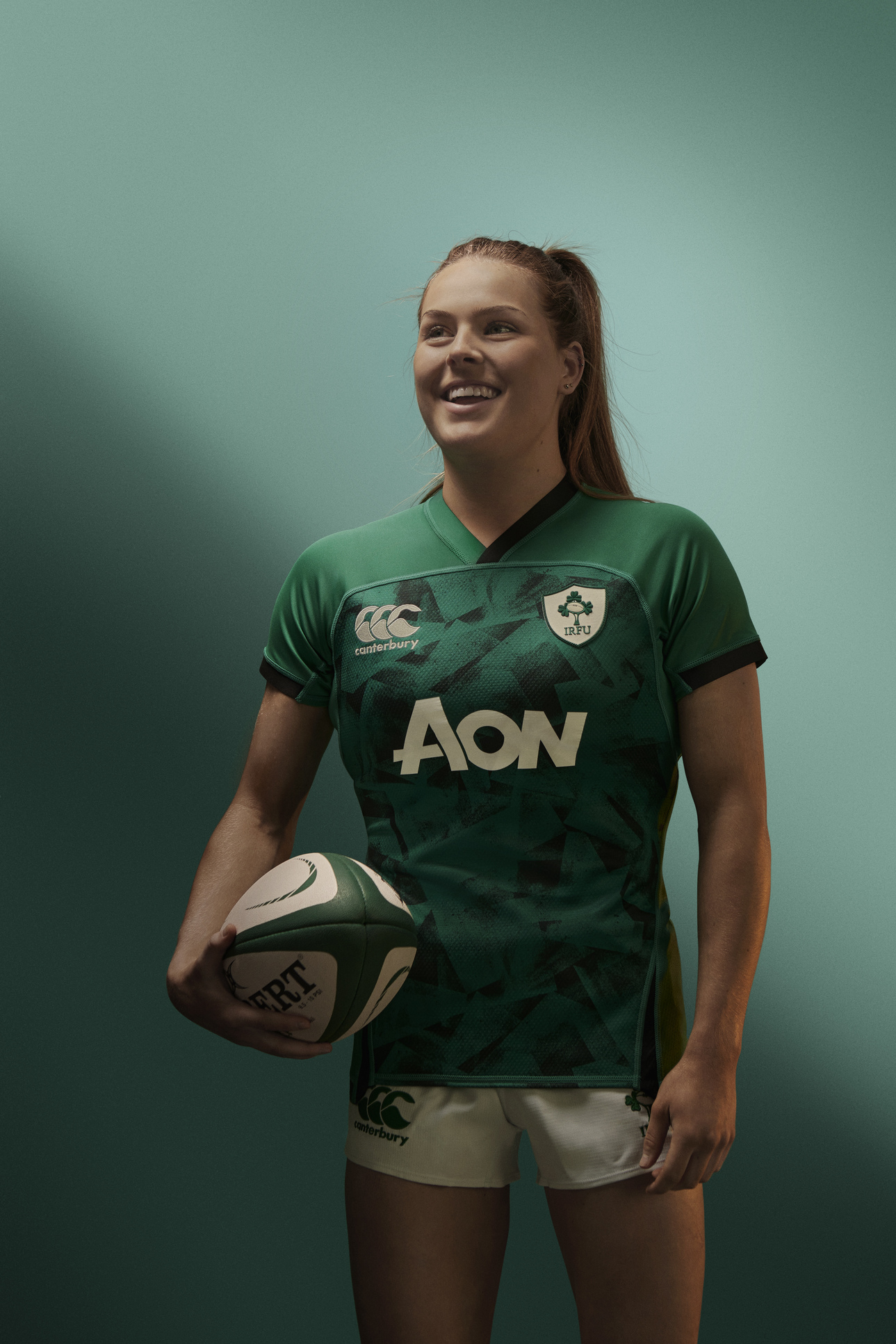 Canterbury, the official kit partner to Irish Rugby, has officially launched the new Ireland Women’s Rugby Home jersey that will be worn throughout the 2020/21 season. The jersey can be purchased from Monday, October 19 in selected Intersport Elvery’s stores nationwide, at IrishRugby.ie and at Canterbury.com.