'Beers on the table, be yourself' - Andy Farrell, Eddie Jones and a common philosophy

"We came from a tee-total culture."

As assistant coach to Stuart Lancaster [England] and Joe Schmidt [Ireland], Andy Farrell observed how to meticulous planners went about getting their teams ready for sessions, games and tournaments.

As assistant to Warren Gatland on a couple of Lions tours, he saw how the Kiwi loosened the reigns in an effort to quickly aid with players from four different countries come together and form a bond. In 2020, when he became head coach with Ireland, Farrell got a chance to implement his own style on proceedings.

END_OF_DOCUMENT_TOKEN_TO_BE_REPLACED

2020, as we all know, was majorly disrupted with lockdowns, postponements, bubbles and cancellations. Whatever grand plan Farrell had for running his Ireland camps would have to wait until the summer and autumn of 2021.

"I speak for the group in saying that it’s been an incredibly enjoyable month. I was chatting inside and having a beer there and it’s just been great fun. We’ve learned a huge amount as a group and the cohesion that we have built has brought us to that next level of friendship which is so important.

“I was chatting with Hugo [Keenan] there, and I have loved the month. It’s probably the most enjoyable one of my career so far, which has been a while now. It’s been great."

Sean O'Brien is still in touch with some of the players in the current Ireland camp, for the 2022 Six Nations, and he notes how different it appears to be from the detail-driven caps run by Joe Schmidt. "We became too rigid," O'Brien reflects. "We didn't evolve, like the [Ireland] boys have now."

On JOE UK's House of Rugby [LISTEN from 43:00 below], O'Brien and former England captain Dylan Hartley spoke of how similar camps are under Andy Farrell and current England boss Eddie Jones. 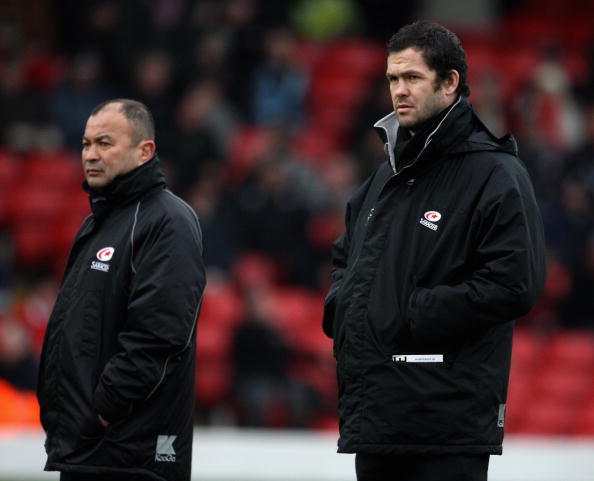 Eddie Jones and Andy Farrell pictured at Vicarage Road in 2009, when the Australian was Saracens 'Technical Advisor' and Farrell was his assistant. (Photo by David Rogers/Getty Images)

"He literally put beers on the table"

END_OF_DOCUMENT_TOKEN_TO_BE_REPLACED

Andy Farrell played under Eddie Jones when he and Steve Borthwick were co-captains at Saracens. When Farrell retired, he became assistant coach under Jones and got a feel for how the game worked from the sidelines.

Jones moved on to club rugby in Japan before managing Japan up to the 2015 World Cup. While Japan missed out on a quarter final place, like hosts England [with Lancaster and Farrell the main men], their pool stage win over South Africa was seismic. He was offered the England job, not long after, and Dylan Hartley, who Jones made captain in 2016, says camp-life quickly changed.

"Whereas Eddie sat down and said, 'This is going to be your team. We're going to have some non-negotiables on the field, until you guys are good enough to come up with your own stuff. But it's your team - do what you want with it'.

"There had been little things, over the years, like post-match functions, days off. It was all so rigid. Everyone else was thought of first, instead of the actual team, or the talent. We just pushed back on a few things - can we do this, can we say that, can we wear this? And, all of a sudden, it was like big wins for the boys, as they had come from such a strict regime. The buy-in was brilliant!

"Eddie was so forthcoming with us driving our own environment. When a group of people drive their own environment, this round table, it's more empowering. Everyone feeds into it, rather than being told what to do the whole time.

"We came from a tee-total culture to Eddie. He literally put beer on the table, around the week." 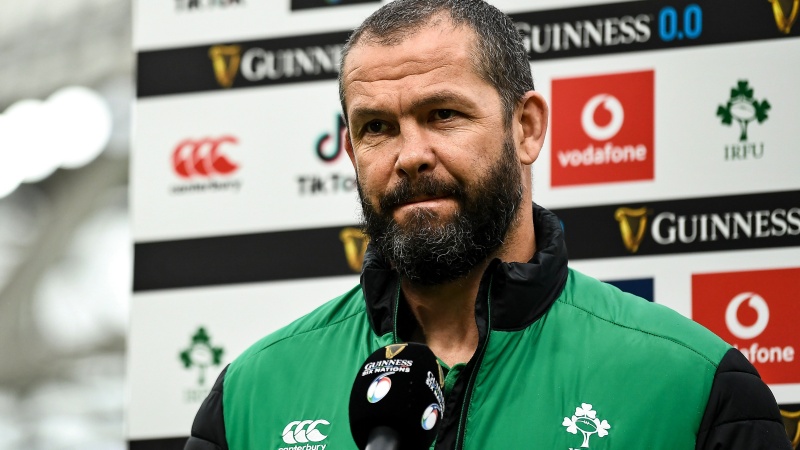 When Hartley mentioned how Jones has taken a more relaxed approach to players getting together and sharing a beer or two, during camp, O'Brien chipped in:

"It's funny you say that. That's what it is like in the Ireland camp, at the minute. That's the way it is with Faz.

"It's an enjoyable place to be when you go in there. It's not like you're thinking, 'I need to do this or that'. You're not rigid."

"You can be yourself," Hartley exclaimed.

"It was a big change for us [in 2016] but, long-term, I can see the benefits now. Players are driving it themselves, now. Hopefully they benefitted from what we put in place."


popular
Iran demand action by FIFA after USA team change flag on social media
World Cup 2022 Day Nine: All the major action and talking points
"I appreciate Moycullen now more than ever" - Cooke's American lifestyle from a Moycullen base
Roy Keane's issue with Argentina star could rival Graeme Souness and Paul Pogba
GAA JOE Team of the weekend
"It's not acceptable. It was out of order." - Hamann blasts Rudiger for appearing to disrespect Japanese player
Roy Keane cracked up Ian Wright and Gary Neville with England team spirit remark
You may also like
3 days ago
Former England international admits he wishes he had played for Ireland
1 week ago
Two baffling omissions as four Ireland stars make World Rugby 'Dream Team' of the Year
1 week ago
Josh van der Flier claims World Rugby Player of the Year at Monaco ceremony
1 week ago
"Highlight of my Ireland career" - Behind the scenes as Jack Crowley and Ross Byrne covered for a legend
1 week ago
Bundee Aki reminded us all of his best qualities, on a night Ireland couldn't do without him
1 week ago
Peter O'Mahony delivered some fitting Jack Crowley comments after surprise Test start
Next Page