Barry Murphy and Dave Kilcoyne go way back. Near the tail-end of his playing career, Murphy did some coaching with U.L Bohemians and encountered an eager loose-head that loved not more than carrying ball.

The pair bonded at some post-game functions and both fondly remember a trip to Galway on the week of Halloween when they went on a night out dressed as a bride-to-be and her faithful gorilla (more on that below!).

Nicknamed 'Greedy Ball', Kilcoyne would eventually graduate from All-Ireland League to the Munster academy, then the senior team and, in time, the Irish senior team. In terms of how rugby players now progress through the system, Kilcoyne almost missed his chance and has a passionate coach (not Barry!) to thank for his big break at Munster. 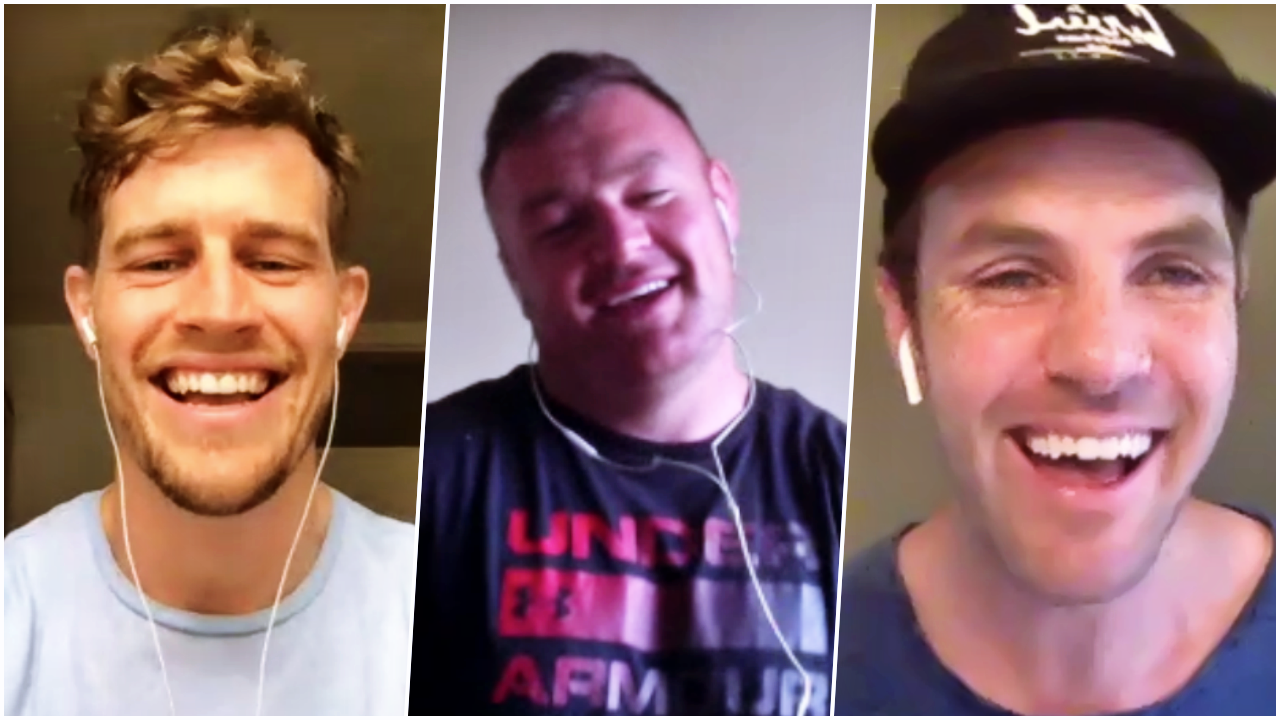 Kilcoyne first came into the Munster set-up aged 20, a couple of years later than the norm, and he was 23 by the time he finally made his senior debut. He was part of a Munster 'A' side that would go on to produce a host of senior stars - such as Peter O'Mahony, Conor Murray, Stephen Archer and JJ Hanrahan - but his early road to professional rugby was hard-taken.

"When I broke into that pack... first of all, you had Marcus Horan, Wian du Preez and then below that you would have had Darragh Hurley, Dave Ryan, who were quite hotly tipped, at the time, to take over.

"On the other side (of the front row), you had BJ Botha, John Hayes, and the likes of Damien Varley at hooker. And you had Paulie, Donners, Mick O’ and you can keep going through all the names but that was the pack you were trying to break into. "

"I would have done two years, but I didn’t get into the academy until it was quite late. So I played those two years with the Bohs Under 20s and (Munster Academy manager) Ian Sherwin, he didn’t want to let me into the academy at the time. And Ian Costello fought my case. He went down with clips to him and got me in. So I owe Cozzy a big one for that. I did two years in the academy until I was 22, and then I went straight in to a full contract."

END_OF_DOCUMENT_TOKEN_TO_BE_REPLACED

It seems odd to consider now that Kilcoyne - with 182 Munster caps and 39 Ireland caps - came so close to missing out on the rugby career he was chasing.

Ian Costello, who was Bohs' Director of Rugby at the time, went on to become assistant coach at Munster and is now doing the same role at Wasps. When it comes to spotting, and backing, talent, Costello picked a good one there.


popular
Rory O'Connor gets Wexford out of jail as Shanagher throws it back
Alisson gives moving post-match interview after scoring late winner for Liverpool
QUIZ: Can you name these La Liga cult heroes?
Conor McGregor sends message to new UFC lightweight champion
Burnley report Leeds' Ezgjan Alioski over gesture made towards Dwight McNeil
'Stop, stop, STOP!' - Texas crowd left stunned as UFC legend has arm snapped
QUIZ: We give you the year, you tell us the FA Cup winner
You may also like
4 days ago
Ronan O'Gara will never forget his first encounter with Jonah Lomu 'in his pomp'
6 days ago
Ireland confirm summer Tests, in Dublin, against USA and Japan
1 week ago
Performances against England saw Bundee Aki and Jack Conan become Lions
1 week ago
James Ryan and Iain Henderson may be fighting for one Lions spot
2 weeks ago
Tadhg Furlong declared 'single most important player for Lions touring party'
2 weeks ago
"It's going to be the biggest thing in this person's life, ever" - Rory Best reveals his Lions captain pick
Next Page