"But, again, John Hayes with hair. I've never seen that before. Totally threw me off!"

There has been some justifiable concern about when rugby can resume training and competitive action but, for a couple of hours at least, House of Rugby took our minds off that and provided some great laughs along the way.

Jean De Villiers is opening up his house to Irish fans heading on the Lions Tour to South Africa (whenever that goes ahead), Ryan Baird has two sport-mad brothers hot on his heels and Barry Murphy is seeing aliens in a farmer's field in Limerick. Just an average Sunday evening during these wild and uncertain times.

Week seven of remote recording for Baz & Andrew's House of Rugby saw De Villiers and Baird join us to chat with Barry Murphy and Andrew Trimble. 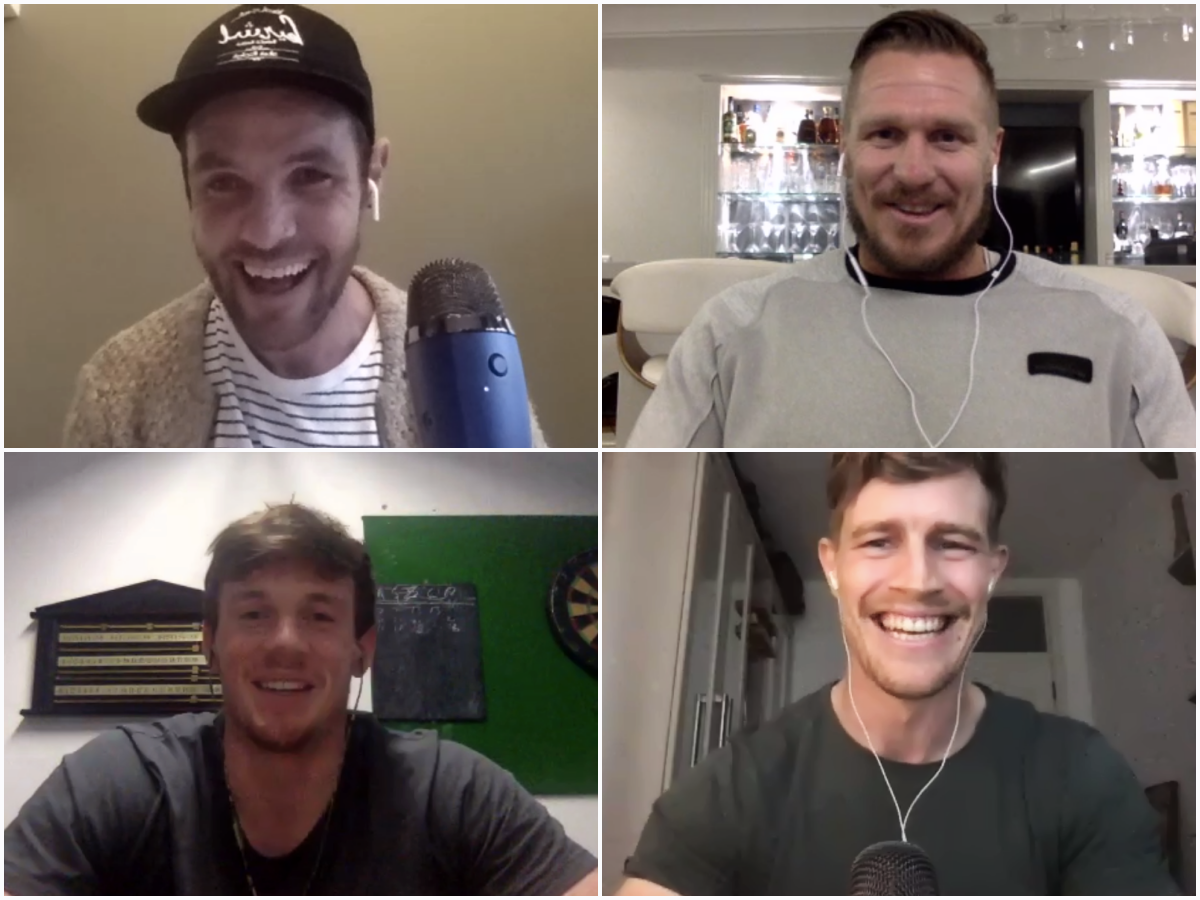 De Villiers re-lived some of his best, and maddest, moments at Munster and took us through some of the highlights of his 100+ Test match career, which included a 2009 series win over the British & Irish Lions.

Baird opened up on his break-through season with Leinster and how training with the senior Ireland squad was going before the Covid-19 pandemic put all sporting campaigns on hold. He also spoke about his biggest sporting inspirations:

"In rugby it was always Brian O’Driscoll and Paul O’Connell. They were the two big icons, back when I was younger and growing up. You would have followed them.

"In other sports, like tennis, Rafael Nadal was a huge… I loved him when I was younger and I still do today. He was such a competitor. And Tiger Woods as well. Now that I’ve got slightly older, just appreciating what he does in the game… like he has 81 victories, you know. It’s unheard of. Just to see how he won so consistently was such a cool thing to see; it’s just incredible."

Also discussed on that show:


popular
In 86 seconds, Patrick Bamford becomes English football's voice of reason
'Make him hurt, make him yours' - How the Springboks ruled the world
Springboks legend Tendai Mtawawira tells us what he really thinks of Ellis Genge
Jose Mourinho is about to step up and become the hero football needs
"We did find him hours later and we made up." - How Flynn and his best friend came to blows in Croke Park
'Beast' Mtawawira is a big fan of Mike Ross' Lions front row
Football's greatest heist has been happening in broad daylight for years
You may also like
3 weeks ago
Everything you need to know about this year's Fairyhouse Easter Festival and Irish Grand National
1 month ago
5 really simple fitness tips you can do at home
1 month ago
Feeling they're not "good enough" prevents teenage girls from taking part in sport, research reveals
3 months ago
Praise for Connacht's big win and Ulster's emerging talents on House of Rugby
3 months ago
Marcell Coetzee tells House of Rugby about his vow to Ulster
4 months ago
Visit Vodafone’s Pop-Up Shop at JOE with heaps of offers on smartphones, smartwatches and more
Next Page