"It was men against boys. No, that's too harsh. It was firemen against teachers."

For the third time in succession, England have handed out a royal beating to Ireland on the rugby field.

Former Ireland centre Lynne Cantwell joined Barry Murphy and Andrew Trimble on Baz & Andrew's House of Rugby to look back on that Guinness Six Nations game and all the latest rugby action. 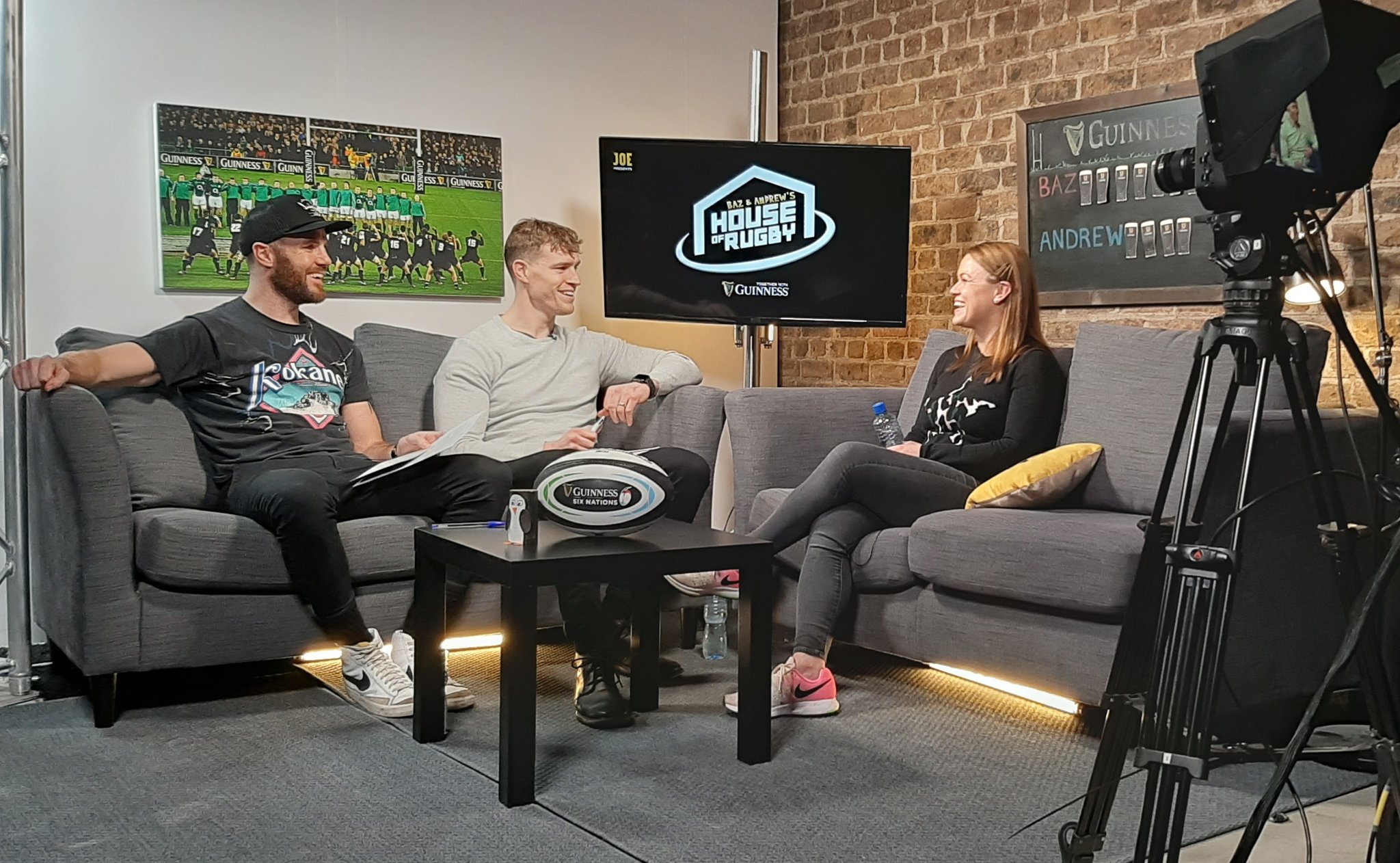 All three came up with valid thoughts on how Ireland got it so wrong and what they can do to get their championship challenge on track, against Italy and France.

While Trimble thinks Conor Murray was 'hung out to dry by the Irish ball-carriers and their tactics', he is in favour of John Cooney getting a start against the Italians.

Murphy and Cantwell both agree while also putting forward the case for Caelan Doris and Dave Kilcoyne to get starts.

"I think Cooney as well," said Cantwell. "I'm a big Murray fan but it's more just a case of giving him a chance because he's very good. Ireland were lacking that energy, which he has in abundance. It also might give Conor a kick where, like Pete O'Mahony when he was dropped to the bench, he'll perform better in the next game."

Also covered on the show was:

LISTEN TO THE LATEST EPISODE HERE:

Barry Murphy and Andrew Trimble are joined in the House of Rugby studio by former Ireland centre Lynne Cantwell as they look back on England's dominant victory over Andy Farrell's side at Twickenham. The gang also discuss France's exhilarating win over Wales and Trimby tries out his Scottish accent.


popular
The SportsJOE 12 o'clock quiz | Day 103
James Haskell on text exchange with Peter O'Mahony after Ireland's victory over Scotland
SportsJOE 2000s Football Quiz | Round 8
"The academy boys have turned into small monsters over the past few weeks" - Peter O'Mahony
"I have more work done than any player in Ireland" - The Trevor Giles tribute show
Can you name the first clubs these players went to after leaving Liverpool?
The SportsJOE 12 o'clock quiz | Day 101
You may also like
1 day ago
Baz & Andrew's House of Rugby - Keith Earls joins us for Season Two finalé
3 days ago
"Having one of the best in the world to emulate has been really good"
4 days ago
QUIZ: How well do you know Paul McGrath's football career?
4 days ago
"I'm so proud of the opportunities Ireland gave me and of the woman I am today" - Linda Djougang
5 days ago
"As a team, we’re ready to take a trophy home now" - Craig Casey
1 week ago
The brutal training drill every rugby pro has to get through this week
Next Page