"You never knew where you stood with him. He was the alpha male all the time."

At the age of 20, after both he and Ian Dowling impressed in some Munster U21 trials, Murphy was drafted in to train with the senior squad. In the four previous seasons, Munster had reached two European Cup semis and two finals but were still in search of that coveted silverware.

Murphy was brought into a team that contained the likes of Peter Stringer, Ronan O'Gara, Marcus Horan, John Hayes, Paul O'Connell and Anthony Foley. Alan Gaffney was the Munster coach, at the time, and even though Murphy got on well with the Australian, he was merciless in some cases.

Murphy suffered a bad groin injury in October of that season and must have feared for his future with the province but he returned before the end of 2003/04 and made two promising appearances off the bench. Injuries struck again but by the time the centre was ready to go again, Declan Kidney had replaced Gaffney. Murphy had a much better working relationship with Kidney, as he recalled:

"Declan could not have been a better person for me. He was so relaxed and made me feel that I could be myself. On his first day, he said to me, 'Do you remember the way you used to pass the ball when you were at St Munchin's [school]? That's all I want you to do. Pass it like you did at Munchin's and go out and enjoy yourself. If I feel I need to have a word, I'll call you to one side. Until then, go out and be yourself."

That first full season under Kidney was one of Murphy's best with Munster. He played 16 times (13 starts), scored a cracking try against Sale Sharks to secure a home European Cup quarter final and was excellent in an away win over Castres. He was injured a month before Munster ended their long wait for European glory.

On the season two finalé of Baz & Andrew's House of Rugby, Murphy recalled the full-on characters, and training sessions, that drove Munster on to European success. 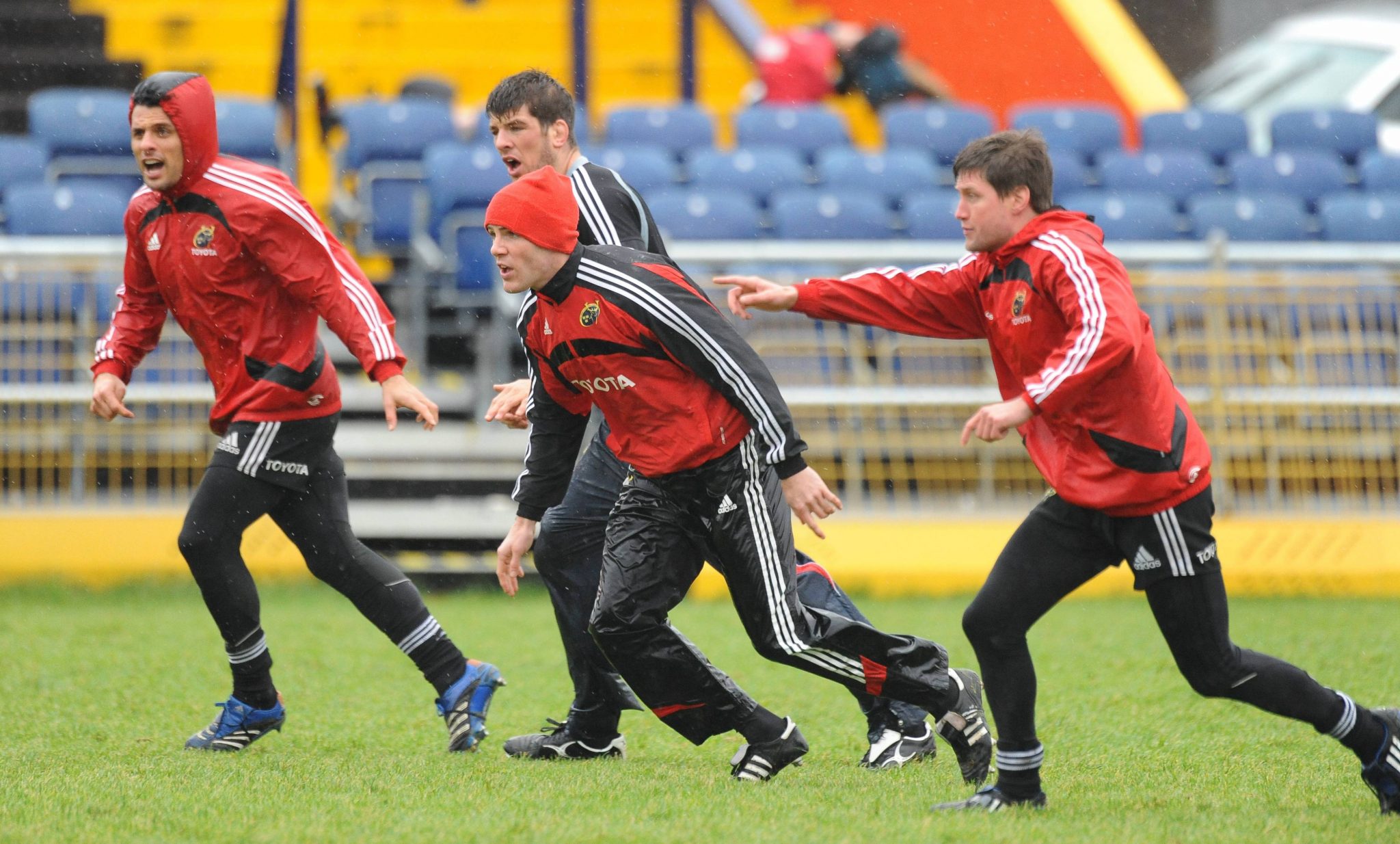 Paul O'Connell, Murphy recalls would have been the pack's engine back then. He had not evolved into that authority figure, and driver of standards that he would later become but Ronan O'Gara ran a tight ship. Murphy said:

"ROG was the king-pin, as he always described himself as. And he was. He was so integral because he challenged the coaches so much. When Gaffer was there, he used to walk around the pitch on his phone, just chatting to people. ROG would pull him on that - 'You can't be chatting on your phone'.

"And with Kidney, ROG would challenge him all the time. He was a thorn in their side and he just wanted to win, win, win. I was a bit overwhelmed by ROG, back then. I still am a bit! You never knew where you stood with him. He was the alpha male all the time, but he was the real brains of the team.

"Axel, on the other side, I really took a warming to him straight away. I felt as if he loved and respected me, no matter what. It was a weird thing we developed, early on. We really connected and he took me under his wing, without really having to say or do much. I felt like I really belonged in that Munster team. That's what Kidney created, and what Axel created. It was a special few years."

Under Kidney's stead, as head coach, Munster would go on to win two European Cups. Tony McGahan, another Aussie, took over from the Cork native and delivered a league title in his first season in charge. Murphy played 22 times that season and scored eight tries.

Ultimately, though, injuries took their toll and he bowed out of rugby at the end of the 2011 season. Munster won the PRO12 that year but have yet to win a trophy since. As Murphy notes, it was a golden decade for the province.

"Thinking back on my career," Murphy reflected. "I owe so much to what he did with the likes of Gaillimh and Claw, and ROG and Strings, and how they built that Munster team. And I was so fortunate to be allowed to play with them.

"That, to me, is the best part of looking back on my career. It’s those guys and... yeah, very lucky."


popular
The Garry Ringrose narrative around the Lions Tour is complete bull
Gatland comments give insight as to why CJ Stander missed Lions call
The SportsJOE 12 o'clock quiz | Day 347
"Original Conor McGregor" Nick Diaz recounts heartwrenching story of his girlfriend's suicide
Lions XV that should start the First Test against South Africa
Courtney Lawes and Jack Conan were the Lions 36th and 37th men
The English media reaction to Lions squad announcement was suitably spiky
You may also like
3 days ago
James Ryan and Iain Henderson may be fighting for one Lions spot
1 week ago
Tadhg Furlong declared 'single most important player for Lions touring party'
1 week ago
"It's going to be the biggest thing in this person's life, ever" - Rory Best reveals his Lions captain pick
1 week ago
When Gordon D'Arcy brought a coffee to a Joe Schmidt walk-through
1 week ago
Full Ireland ratings as Murphy-Crowe and Flood make the difference
2 weeks ago
Cliodhna Moloney's commendable attitude after Ireland's bumpy landing
Next Page