In the grand scheme of it, Ireland only pip Australia as they have a strong bench with three British & Irish Lions on it.

Ireland do battle with Australia in the first of three Tests at Brisbane's Suncorp Stadium, this weekend, and home hopes are not high.

The Wallabies may possess the likes of Israel Folau, David Pocock, Will Genia, Kurtley Beale and captain Micharl Hooper in their starting XV but you would be hard pressed to find a local scribe or pundit confidently predicting this series for the hosts.

END_OF_DOCUMENT_TOKEN_TO_BE_REPLACED

Australia head coach Michael Cheika has consistently pointed to Ireland's world ranking of two and had claimed the current crop, under Joe Schmidt, are the best the nation has ever produced.

Ireland are going into this series on a 12-Test winning streak, are Grand Slam champions and their match-day squad for Brisbane has 12 members of Leinster's double-winning side [including Munster- and Ulster-bound Joey Carbery and Jordi Murphy].

The Aussies defeated the All Blacks in their last Test outing at this stadium but Rugby 360 pundit Alex Broun does not fancy his countrymen to upset the rankings and claim the series. Instead, he believes Cheika's men will be fortunate to avoid a whitewash.

Over in the Sydney Morning Herald, Paul Cully has slightly more faith. Tasked to look at both matchday squads and assign marks out of 10, Cully believes the Ireland XV is stronger than the Wallabies... just about. 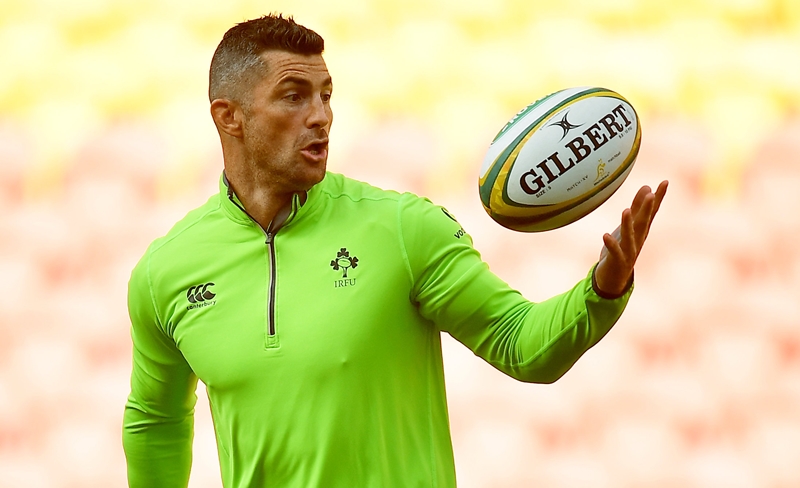 Folau is the only player to get 9/10 on the Aussie side with Pocock, Hooper, Beale and Genia all getting 8. The team total is 107.

The Irish XV sees Conor Murray get the top mark of 9/10 while Iain Henderson, James Ryan and Rob Kearney get 8 and the team total is 108.

END_OF_DOCUMENT_TOKEN_TO_BE_REPLACED

Munster tighthead John Ryan and Ulster hooker Rob Herring both get 6/10 but there is no massive complaint with that. Neither are established Test players. Joey Carbery gets a 7/10 but that gets a pass too as the outhalf is finding his feet at international level.

The marks for CJ Stander, Robbie Henshaw and particularly the wingers Keith Earls and Jacob Stockdale rankle, however. All have enjoyed fine seasons for Ireland and played big parts in their country putting together that winning streak and claiming the Grand Slam. All get 7/10.

'Seems to have improved with age and has found a home on the right wing with his elusive running.'

Glowing words but a distinctly average rating. Earls is in the form of his life, as every Munster and Ireland fan will attest to, and was recently voted Players' Player of the Year by his Irish peers.

END_OF_DOCUMENT_TOKEN_TO_BE_REPLACED

Just the 7, too, for Stockdale after a 12-month period that has seen him score 11 tries in his first 9 Test matches. 'Big powerful young winger coming off a stunning Six Nations,' writes Cully but he obviously wants to see such form over a prolonged period of time.

The clincher for Ireland, he feels, is a bench that contains Jordan Larmour and Lions Cian Healy, Tadhg Furlong and Johnny Sexton.

Ireland go into this Test Series as definite favourites but one suspects the final shake-up could be as tight as Cully's overall marks.


popular
Sub goalie saves last-minute Diarmuid O'Connor penalty as Knockmore march on
Where Ireland's highest earners sit in relation to rugby's top-paid players
Five surgeries by 26 and getting injured by a melon in training
Billy Burns has night to forget as Connacht blow Ulster away
Last-gasp winner by Fionn McDonagh sees Westport edge out Ballina in Mayo thriller
Player voices fall on deaf ears as Congress reject GAA championship restructure
Shane Walsh: 'That's not how I was coached to play football. No one was coached to play football that way'
You may also like
4 days ago
"Where Johnny Sexton is so important to us now is being able to pass the baton"
4 days ago
"I'd love to finish on home soil but I can't see it. I won't be playing in the next Six Nations"
5 days ago
Ireland star Will Connors on his rude awakening playing GAA in KIldare
6 days ago
Andy Farrell's Ireland squad for November internationals to feature some exciting talents
6 days ago
Picking Ireland's best back row as multiple candidates hit early form
1 week ago
Caoimhín Kelleher could carve out a career at Liverpool
Next Page