"Toto, I've a feeling we're not in Kansas anymore."

Right now, Antoine Dupont is the third most recognisable 'Toto' since the loveable Wizard of Oz dog and the band that brought us 'Africa'.

However, given the form of Dupont and the way he seems to get better and better, the France No.9 could very well take the Toto crown soon enough.

In the lead-up to Sunday's game, and during our House of Rugby show, here is what some of the best of Ireland and France have to say about the Toulouse scrum-half:

"Antoine Dupont is in great form. He has huge qualities and we haven't even discovered them all yet. He's very much involved in all aspects of the team and tries to bring out the best in everyone.

"That's what I like the most about him. He's not just here for himself. He is giving to the team, and we need that."

"He is always consistent and creates opportunities which sews chaos in the opponents defence. The France team has adapted to his game to his ability and his vision to see openings. He is one step ahead of us. That is down to hard work by him."

Antoine Dupont and his French teammates celebrate a try at the 2019 World Cup. (PASCAL GUYOT/AFP/Getty Images)

"We are also lucky to have forwards who are good ball handlers," Dulin adds, "who breach the opponents line and behind them with players like 'Toto' who are often up there in support that allows us to score beautiful tries." 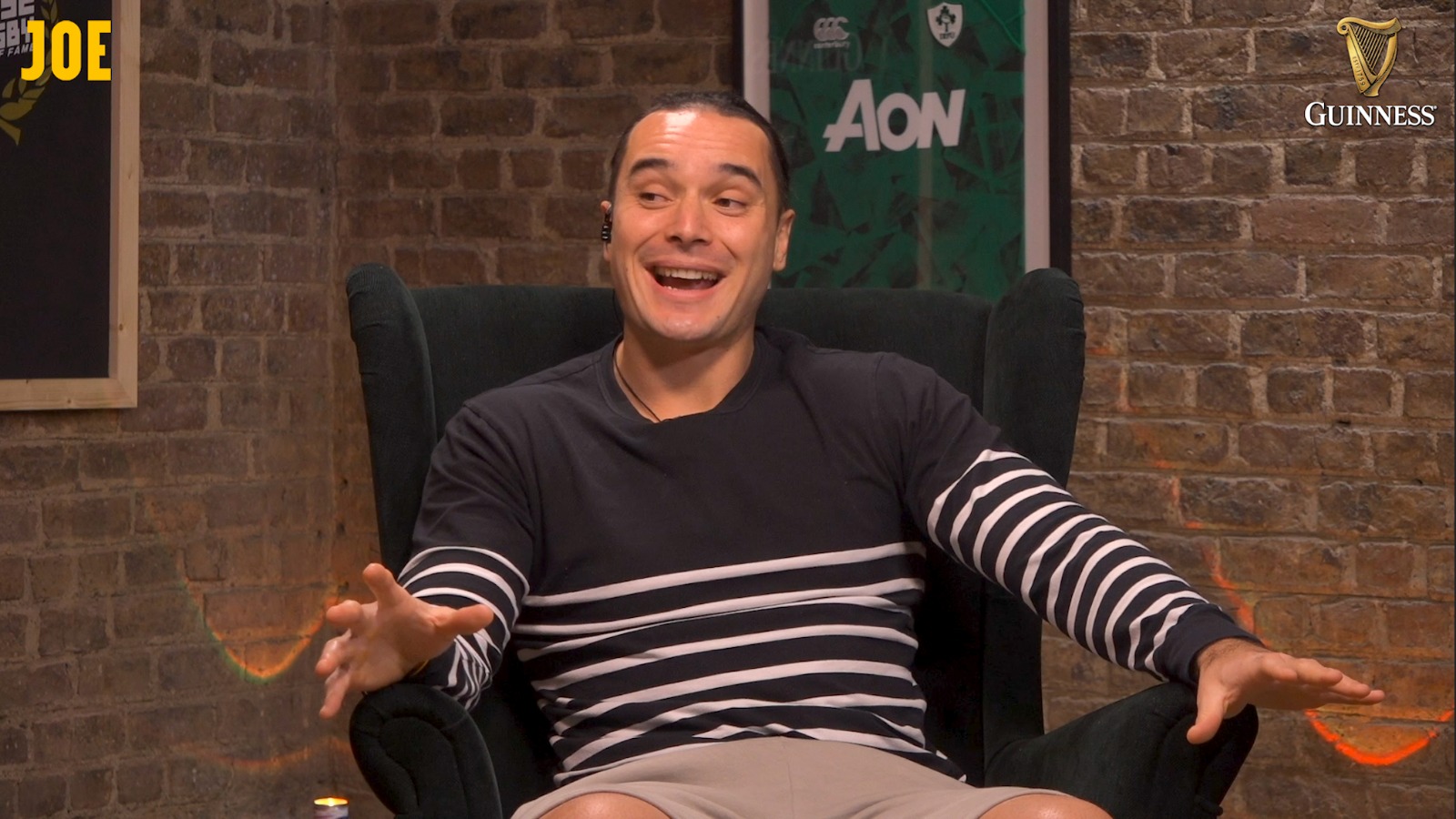 "I was talking about when we played France in the Six Nations [finale] and how far back we had to go to actually find clips of Dupont doing things wrong. When he was a Castres, and this was when he was 19 and was just coming back from an ACL [anterior cruciate ligament]. I think that was the last time we found him making mistakes.

"Man, that guy is freakish. He's so quick around the park and so physical. Makes all the right decisions and puts people into holes. I mean, he's a 9 that's going to be around for quite a while and, unfortunately, someone who'll be in my nightmares as well!"

"Dupont and Cheslin Kolbe, I've been having nightmares about them, these last couple of nights. They're freakish athletes."

END_OF_DOCUMENT_TOKEN_TO_BE_REPLACED

"He is an extra-terrestrial..I call him the Martian. I really think he comes from another planet. He is our X factor. Antoine impresses every time he plays. It is a real pleasure to play with him, we are very fortunate to have him in the France team." 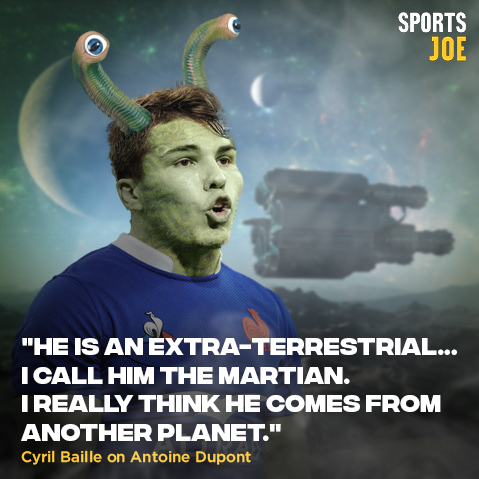 "He’s flying it, to be honest. I know how good he is. He’s really at the top of the game at the moment and he deserves the plaudits.

“He’s a massive threat and I think he’s a fantastic player and I’ve a lot of respect for him... But we can’t afford to give him that space but defending a 9, if you concentrate solely on him, it brings other players into the game."


popular
Bill Shankly’s grandson asks for statue to be removed from Anfield
'War-scene' in Tyrone dressing room before 2005 final sums up an iconic team
We knew Sean O'Brien wouldn't let us down with his Lions XV
Dream on hold for Munster fans as O'Gara agrees to new deal at La Rochelle
Springboks legend Tendai Mtawawira tells us what he really thinks of Ellis Genge
Keith Earls backed for Lions XV by one of the best in the game
The SportsJOE 12 o'clock quiz | Day 335
You may also like
5 days ago
"Dorothy Wall, hands down... she's a wrecking ball!"
1 week ago
The six Lions spots being contested by Ireland and Scotland players
1 week ago
Rating the chances of Leinster's 16 Lions hopefuls
1 week ago
Jamie Carragher on how close he came to Ireland call-up
1 week ago
Full player ratings as Ireland dismantle Wales in Six Nations opener
1 week ago
Munster and Irish rugby almost lost out on one of their brightest stars
Next Page