"He certainly wasn't frustrated. He was delighted with himself."

Ronan Kelleher will have returned from his two week stints with the British & Irish Lions determined to get back with the big boys some day.

That day may yet come again before the summer is out. The Lions have three fit hookers, at present, but Kelleher could yet feature in South Africa before the tour is out.

END_OF_DOCUMENT_TOKEN_TO_BE_REPLACED

The Leinster hooker scored four tries in his hour-long outing against the USA, on Saturday, and emulated the great Keith Wood with the feat. Following Ireland's 71-10 win over the Americans, both James Ryan and Andy Farrell talked up Kelleher. Asked if the 23-year-old would have been frustrated to come ashore with more tries up for grabs, Farrell said Dave Heffernan had merited his run-out.

Indeed, Farrell noted that the likes of Kelleher, Ryan and Josh van der Flier would be best advised not to go into full-on holiday mode just yet.

"The lads that have had a letter - the group of 50, who I'm not fully aware of - and I'm sure they'd be next cabs off the rank.

"If I was the likes of Josh and even Caelan Doris, coming back fit now and having a couple of games under his belt, I'd certainly be looking after myself.

"Look, these guys, whether it is in off- or pre-season, whatever it is, they've always got to stay in shape." 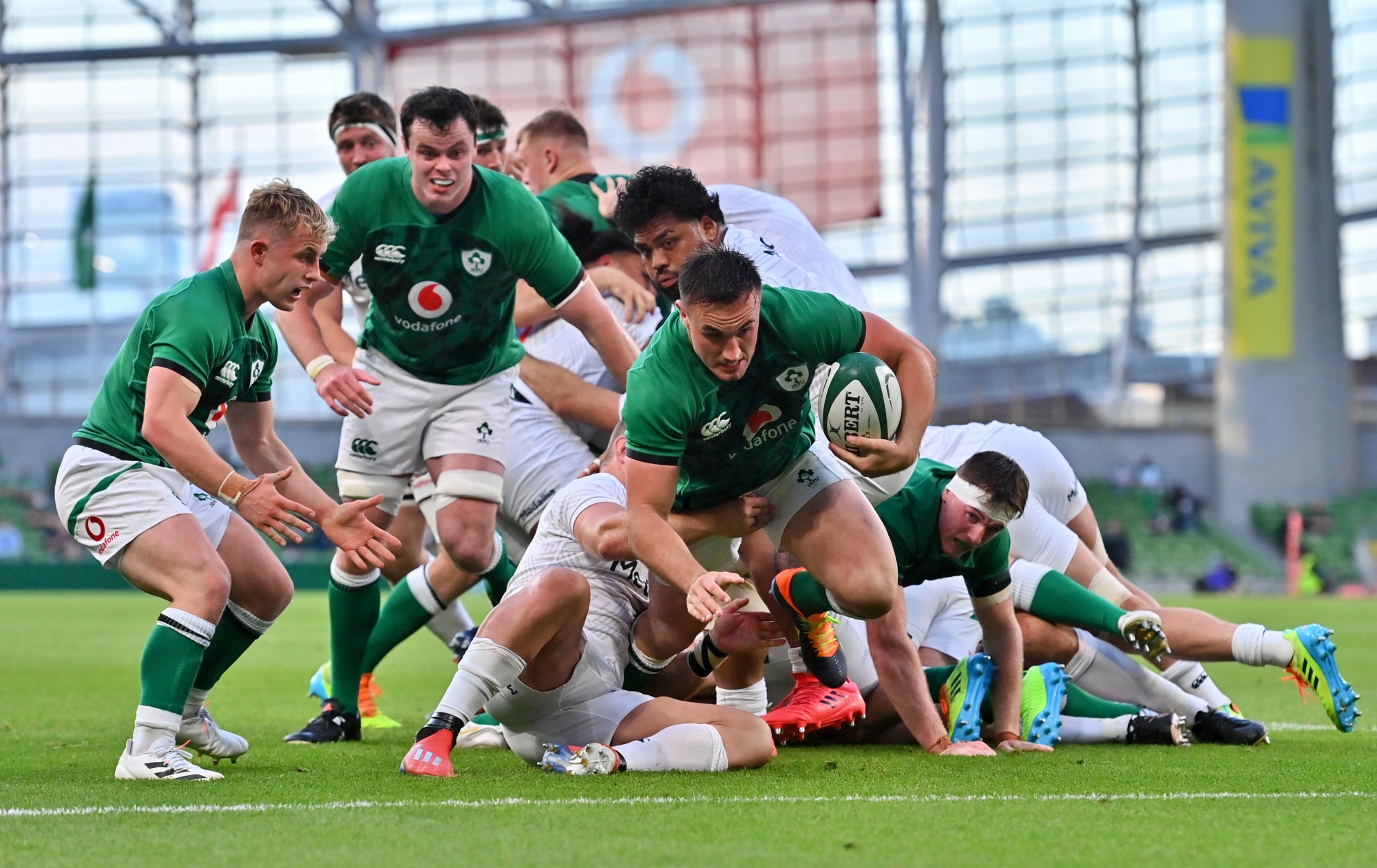 Ronan Kelleher dives over to score his fourth try for Ireland against the USA. (Credit: Sportsfile)
Advertisement

Farrell himself may yet travel to South Africa to link up with the Lions and provide an extra coaching hand on deck for the Test Series with the Springboks.

END_OF_DOCUMENT_TOKEN_TO_BE_REPLACED

On Saturday night, at least, he was not in a position to confirm any such brief. "I think I've mentioned this many times," he commented, "that I'd be their number one fan, watching from home."

Earlier in the day, the Lions squad added a 38th player as Harlequins and England outhalf Marcus Smith was called up. Smith is set to feature in one of the next two warm-up games after Finn Russell aggravated an Achilles injury.


popular
"Some of the generals wanted me executed" - Irish rugby legend on flag caper that went wrong
"Johnno went, 'We’re not moving! You're trying to mess us about!'" - Ben Kay recalls red carpet controversy
Rio Ferdinand claims that Cristiano Ronaldo should have been told to 'sit down' against Young Boys
It won't mean much but Pat Spillane's compliment to Mayo and to Lee Keegan says it all
Garry Ringrose challenges "pretty ridiculous" changing conditions for women's players
'Riled' Ronaldo sent Rio Ferdinand Whatsapp during on-air Mbappe-Haaland debate
Neil McGee hasn't worked in eight weeks after back injury but still won't rule out championship return
You may also like
20 hours ago
Katie McCabe believes that equal pay deal with FAI "doesn’t add pressure"
2 days ago
Clinton Morrison shares advice Roy Keane gave him on morning before Saipan showdown
1 week ago
Ireland's best XI under Stephen Kenny starting to take shape
1 week ago
Serbian media react to 'True Football Tragedy' and hail "amazing" Gavin Bazunu
1 week ago
"I was already taking my jersey off!" - Andrew Omobamidele's post-match interview was so pure
1 week ago
Gavin Bazunu, Andrew Omobamidele and a glimpse of better days ahead
Next Page