"I don't take any pleasure whatsoever from not picking lads... but you've got to make the call"

"I thought it was Darth Vader asking me the question for a second!"

Slow internet connections, for some, and looming white domes filling computer screens. Andy Farrell encountered all sorts as Ireland tried to keep a focus on Italy despite swirling uncertainties.

Farrell sat back at the IRFU's High Performance Centre, on Friday, and faced a bevvy of rugby reporters that were posing questions from their offices and homes. The last time he addressed so big a media audience, he was preparing his Ireland team to face Italy in the 2020 Guinness Six Nations.

Seven months on and Farrell is preparing his Ireland team to take on Italy in the 2020 Guinness Six Nations. It is the same game, only months later... and it is still in danger of being cancelled. It has been that sort of year.

The Ireland head coach is 11 months in charge and has only led his team into three Test matches. They may sound like tough going until you consider the situation with South Africa. The Springboks have not played a Test since winning the World Cup final, last November. Now out of The Rugby Championship, they may not play Test rugby again until the Lions [hopefully] tour in the summer of 2021.

Asked about Covid-19 concerns, in and around the squad, ahead of the proposed Six Nations end-game, Farrell remarked, "They are what they are.

"I suppose we are pretty lucky that all of the boys have been in a similar type of process at their clubs for some time now," he added. "They are used to living with the virus and trying to cope with it and obviously do the right thing by it... We have protocols in place and we need to adhere to that.

"We are certainly doing that at this moment in time and we plan to continue with it. We need to ensure we get off the ground against Italy, that we get the game played and obviously we move on to the Six Nations against France." 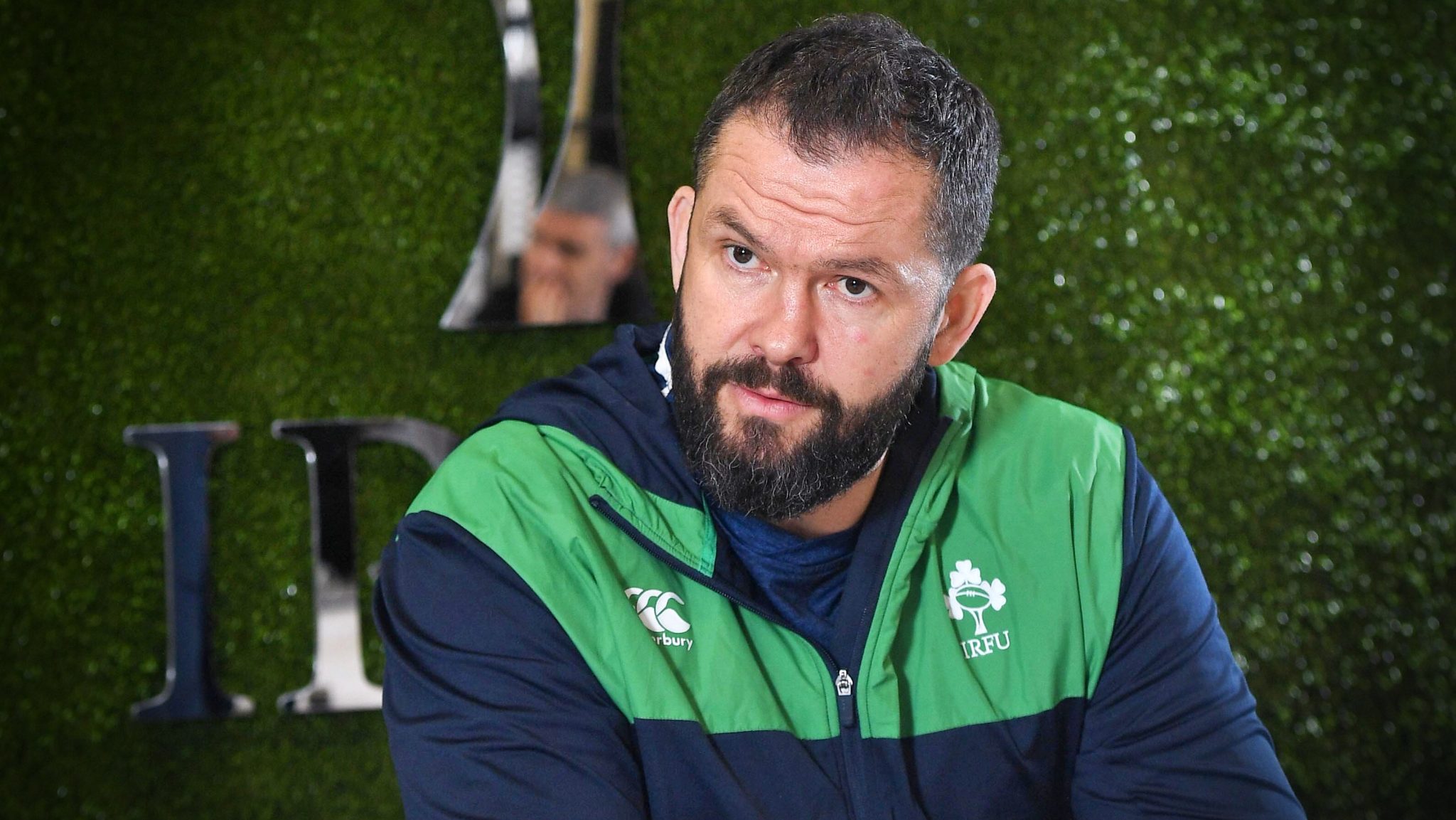 Seven months ago, John Cooney was primed to replace Conor Murray as starting scrum-half for that game against Italy. The Ulster No.9 is now out in the cold, along with Luke McGrath, and Murray will be vying for a starting role with Kieran Marmion and the uncapped Leinster player Jamison Gibson-Park.

Asked what Cooney needs to do to get back into the squad, or if his absence marks a change of direction for Ireland, Farrell responded:

"I wouldn't say it's a new direction. I think John Cooney is a great player. Luke McGrath is a great player as well, and Luke has missed out as well. I don't take any pleasure whatsoever from not picking lads. I know that they're desperate to play for their country, and rightfully so. But you've got to make the call, haven't you? And (look at) what's good for the team.

"You look at all sorts of things with regards to selection - form, attitude, what the last seven months have looked like and how they've come back, etcetera. And my job is to make sure that I select a team that will keep everyone on their toes, because competition for places has got to be one of the key factors, going forward, for this team. Some people are going to lose out, but I hope that galvanises them and I hope they come back bigger and stronger, and give us a few headaches along the way."

END_OF_DOCUMENT_TOKEN_TO_BE_REPLACED

Given how well the Aviva Stadium playing bubble went, when the 2019/20 season resumed in Ireland, Farrell and the IRFU will be hopeful that they can close out the year with the planned Six and Autumn Nations fixtures, even if the 26 counties move to Level 5 and more stringent lockdowns.

"We're desperate to put a good showing for the people of Ireland," Farrell commented, "but, as I've said before, there's bigger things than rugby, isn't there?"

Season 3 returns on Monday, October 19 but you can catch up on all our episodes from the past two seasons and our interviews with the likes of Conrad Smith, Victor Matfield, Simon Zebo, Sean O'Brien, Drew Mitchell, Jean De Villiers, Finn Russell, Dave Kilcoyne, Mike Brown, Brian O'Driscoll, Tana Umaga and much, much more.


popular
The SportsJOE 12 o'clock quiz | Day 213
You have five minutes to name these four footballers, but it probably won't be enough time
The Ireland XV that should start against Italy
"There's a nice bit of balance in that full forward line" - Mayo moving well
Faith and Call of Duty - Lynch's Lockdown had a light at the end of the tunnel
Joe Rogan doesn't agree with giving McGregor a rematch against Khabib
The 17 best wonderkids to sign on FIFA 21 career mode
You may also like
12 hours ago
"They were like rock stars to us" - Gary and Paul O'Donovan on their childhood heroes
14 hours ago
Bundee Aki on why he won't be shutting up any time soon
15 hours ago
The Ireland XV that should start against Italy
1 day ago
House of Rugby Ireland returns with new look, and new hosts
3 days ago
"I knew that if I got the opportunity, I'd never let it go again" - Gordon D'Arcy
3 days ago
Linda Djougang's journey from Cameroon to Irish Player of the Year nominee
Next Page