"The reality is in the World Cup, you're going to have to have one prop who can play either side. Potentially maybe even two." - Joe Schmidt

Andrew Porter made an early name for himself as a loosehead prop before, at the prompting of coaches, he shifted over to give tighthead a go. On Baz & Andrew's House of Rugby, earlier this year, he recalled a rough club debut in the position but he eventually got a handle on it.

Now, some two years after swapping the 1 jersey for 3, Porter is being called upon to cover both sides of the Irish scrum.

On Saturday, as Ireland defeated Italy in their season-opener, Porter was excellent as tighthead in the first half. For the second half, he moved around to loosehead and won the praise of former Munster and Ireland hooker Jerry Flannery [from 17:00 below]: 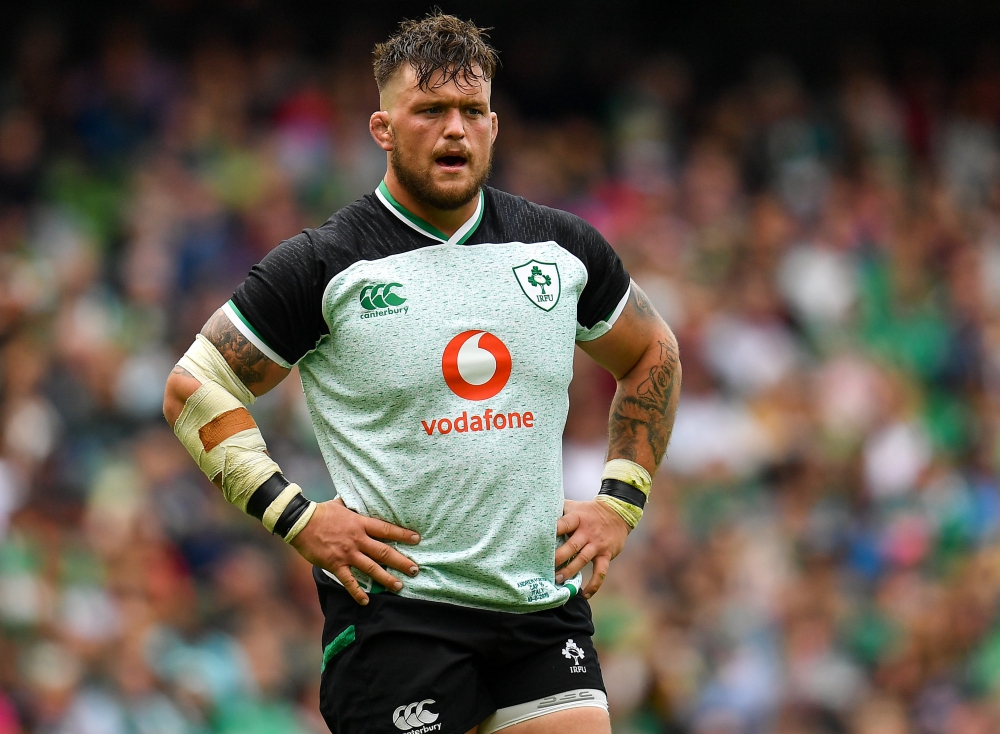 Following his side's 29-10 victory, Joe Schmidt spoke about the "reality" of needing an adaptable prop that could lock down both sides of the scrum.

"John Ryan has played either side in the past," Schmidt noted. "Finlay Bealham has played either side. So them three will probably be the guys who would cover at that role and the others would be more specialist, the likes of Cian Healy, Jack McGrath and Dave Kilcoyne on the loosehead and Tadhg Furlong on the tighthead."

As for Porter, he humbly admitted to being 'a bit rusty' at loosehead but stressed he is keen to get more training and game-time in the role. He commented:

"At the beginning, two years ago, switching from loosehead to tighthead was very tough. Moving across the scrum is like writing with your bad hand.

"But you're going up against some of the best guys in the world in training and in matches, so that's really helped over the last couple of years."

Porter added, "It's always been something coaches go over with me, that if needs be I could slot back in at loosehead.

"So it's important now to get reps in training, and have runs in games like these. It's great to be able to play both sides, it pushes my case a bit forward like that."

END_OF_DOCUMENT_TOKEN_TO_BE_REPLACED

The beauty of Andrew Porter, Finlay Bealham and John Ryan being able to cover positions is that it potentially frees up a slot for another position to be covered in the 31-man squad.

Schmidt may be left with a few tough choices in the coming weeks - Jean Kleyn or Tadhg Beirne and Andrew Conway or Jordan Larmour, for example - and a versatile prop offers relief.


popular
The daily diet of Manchester United midfielder Jesse Lingard
The SportsJOE 12 o'clock quiz | Day 136
Jadon Sancho to earn eye-watering salary at Manchester United
"It's not about winning at underage. It's about building players and building people"
COMPETITION: Answer this survey for a chance to win a fabulous stay at the Trident Hotel in Kinsale
"When I signed for Munster, I didn't know Damian was coming as well" - RG Snyman
The SportsJOE 12 o'clock quiz | Day 135
You may also like
1 week ago
Ireland set for Six Nations decider in Paris on October 31
2 weeks ago
We challenge any rugby player to top Jack McGrath's lockdown hobby
3 weeks ago
James McClean opens up on sickening, Covid-related hate mail
3 weeks ago
When the President interrupted a Euro 88 pint between Charlton and Dunphy
3 weeks ago
How an uncultured Englishman conquered Ireland's sporting heart
3 weeks ago
The SportsJOE 12 o'clock quiz | Jack Charlton special (Day 112)
Next Page