To mess up one attacking lineout in the opposition is careless. To do it three times is criminal.

Joe Schmidt says we are not a million miles away. Rob Kearney believes Ireland lost to England due to mere centimetres and chances lost. Rhys Ruddock says we were close.

That is the frustrating aspect of our third failure to collect a win in three championship games - another game was there for the taking only to be lost. Another lead that we could not hold onto.

END_OF_DOCUMENT_TOKEN_TO_BE_REPLACED

The scrum was reliable again and with Jack McGrath and Mike Ross holding up their ends of the front row, Ireland even won a couple of penalties. What a shame, then, that the Irish lineout turned to jelly at some truly terrible moments.

Everyone knew England would come for the Irish lineout. Ahead of the game, and with the scrum creaky, the lineout was the only platform we could reliable launch attacks from. Post-match, Rory Best said:

"Look, obviously the gap squeezed up a wee bit. They were moving late and moving into areas we were looking to throw to, to set up our maul.

"The areas we lost them is more concerning. We were reasonably good in the middle of the pitch but to turn over a couple of big opportunities 5 metres from their line is disappointing."

Did Ireland train for this by closing gaps, sending shooters up, tackling and contesting in the air? You hope to God they did but it sure as hell did not look like it.

Let's take a look at the three Irish failures when it really, truly counted.

END_OF_DOCUMENT_TOKEN_TO_BE_REPLACED

13 minutes in and Ireland had an excellent attacking lineout some 15 metres from the England line.

In their previous 21 championship lineouts, Ireland had gone to the middle 11 times [nothing unusual here]. That was the plan again as they set up. England, as Best pointed out, closed the gap completely by the time the throw came in. 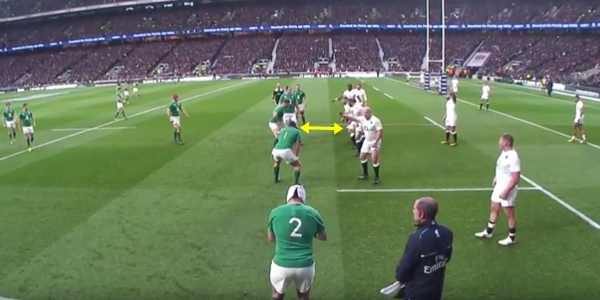 Toner jogs forward to fake for a short throw but England gamble on CJ Stander being the jumper. 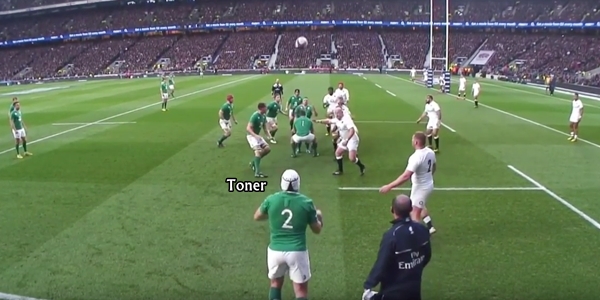 George Kruis steals the throw but Stander somehow wrestles possession back on the deck.

Ireland cannot bring out the set-play they wanted but play spreads left and wide before Conor Murray's wild pass at Best's head sees the ball bounce loose. Jonathan Joseph clears upfield and Rob Kearney wins the foot-race to mop up the ball but 70 metres have been conceded in no time.

Two minutes into the second half and Ireland get a kickable penalty that they turn down. Instead, they go for the line and get another throw 15 metres from England's line. Again, the gap [between Toner and Kruis here] is healthy. 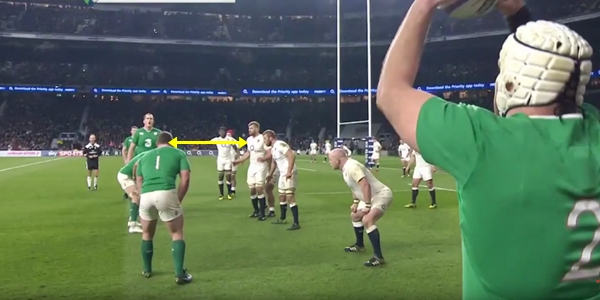 Again, the gap is closed considerably and Toner's feint forward is ignored. Chris Robshaw lifts Kruis on his own but Best's throw clears him. It does not evade Maro Itoje. 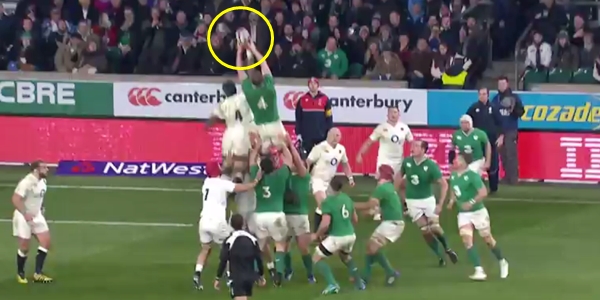 The lifters - Mike Ross and Jack McGrath - cannot be faulted as they get Ryan up higher and quicker than their counterparts. The fault lies with Best as his throw drifts slightly to the right, although Itoje slapping the ball back with one hand deserves some praise.

England retain the ball and clear through Ben Youngs. They won the next lineout [to Stander] and camped in and around the English 22. James Haskell was binned for his late hit on Murray, Ireland went for the line again.

Best found Toner at the front here, the rolling maul forced England to concede a penalty but Ireland played on and scored through Murray's snipe.

After nearly blowing it, Ireland leave this visit to the 22 with seven points.

The scoreline read 21-10 to the hosts after 68 minutes but Ireland got another lineout from 10-metres out.

It is clear as day, as Best prepares to throw, that this one is going to the back of the line. Ireland are too shattered to pretend otherwise.

Ireland over-elaborate here as replacement prop Cian Healy peels off at the last minute and has to run by Jamie Heaslip and Toner to get to Rhys Ruddock, the liftee. However, Healy and Nathan White do well - they lift Ruddock higher than Itoje. 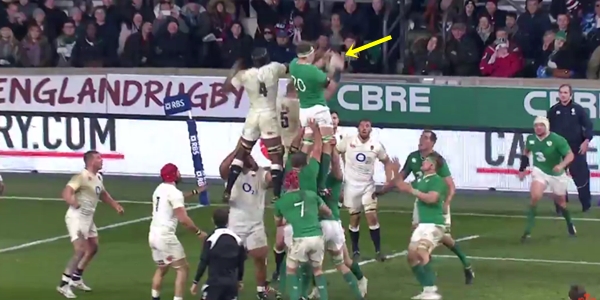 Itoje manages to slap for the ball but - we'll call it accidentally - connects with Ruddock's left hand. The ball comes loose and Mako Vunipola profits. He passes to Ford to clear.

This one, somewhat harshly, is on Ruddock.

A mixture of craftiness from England, athleticism from Itoje and Irish errors combined to spoil several scoring chances.

The last time the Irish lineout faltered so badly was in Cardiff last March as Wales ended our Grand Slam hopes.

By Saturday afternoon, those hopes were gone. By Saturday evening so was any last shred of championship hope.