Exactly what Peter O'Mahony does for Ireland, each and every time

The Munster captain gets through a mountain of work for province and country.

Earlier this week came the news that Peter O'Mahony had rejected the IRFU's initial contract offer and that three clubs [two in France, one in England] were very much interested in securing his services. No surprise there but Munster will be keen that the union make him happy with a much improved deal.

To many fans and laypeople, expressing O'Mahony's value to the team is not always easy.

END_OF_DOCUMENT_TOKEN_TO_BE_REPLACED

In 43 Test appearances, the 28-year-old has only scored a single try. He may be renowned as a great lineout jumper and breakdown operator but his ball-carrying stats are rarely through the roof. While CJ Stander may make a rake of metres, line breaks, offloads and scores, O'Mahony is often the man pitching himself in to speed up Irish attacks or slow the opposition down any way he can.

We felt the best way to show exactly what O'Mahony does was to look over his performance against Argentina - in Ireland's 28-19 victory - and offer up some comprehensive analysis of the man. Having watched the game back, several times, the IRFU should be bumping the man's pay.

O'Mahony's first feel of the ball arrives after 40 seconds and it is purely a phase to give Ireland a chance to gather themselves within their own 22. The flanker presents cleanly and Conor Murray passes to Johnny Sexton as Ireland run the ball from deep to further test the theory they exist purely to kick the leather off balls.

O'Mahony runs a dummy line as Ireland go right to left and find O'Brien. He is the first man in at the ruck when O'Brien is brought to ground. 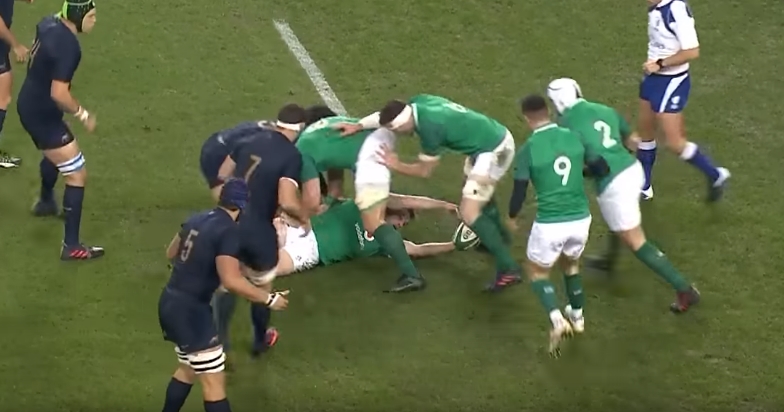 END_OF_DOCUMENT_TOKEN_TO_BE_REPLACED

Farrell makes decent ground up the left before the ball comes O'Mahony's way again. He quickly finds CJ Stander on the charge so passes to him before being first man in at the breakdown again. 30 seconds later and he gets the ball again but is bumped back. Instead of going to ground, he spies Rory Best and pops him a pass. Argentina go off their feet and concede a penalty. Ireland go 3-0 up and, all in all, it has been an excellent two-minute spell from the hosts.

The Pumas get some possession soon after and O'Mahony is straight into defensive mode. He wins the collision on his first two tackles before Argentina knock-on and the ball is back in Irish hands. O'Mahony's next carry is another exercise in stability as he takes a bouncing ball [Murray was tackled when passing] and braces his legs before presenting cleanly.

END_OF_DOCUMENT_TOKEN_TO_BE_REPLACED

Six minutes in and O'Mahony makes what will be his second biggest carry [in terms of metres gained] in the match. He takes a pass from Tadhg Furlong and shows good foot-work before gaining a couple of metres and presenting well. It's no Billy Vunipola charge but it is effective and helps continue Ireland's strong start.

Third man into the breakdown after a Rob Kearney burst, as Ireland continue to press, O'Mahony plays scrum-half and finds O'Brien before rushing in to play support at the ensuing ruck. Irish pressure is rewarded not long after as O'Mahony and the pack [Cian Healy's back was slapped hardest] win a penalty to make it 6-0.

While the Corkman does not play a huge role in Ireland's opening try, for Stockdale, he still gets a clean strike of the ball back to Murray at the scrum and hauls ass to get over the the right wing and help stretch Argentina wide as Farrell and Sexton combine to punch through the middle.

On 23 minutes, when Rob Kearney and O'Brien combine to force a knock-on, O'Mahony passes to Farrell and is the first man in at the breakdown again. He is always looking for the next task. A minute later, and with Ireland still in possession, we see O'Mahony taking his first gulps of air as he stands over yet another ruck, resting on the back of Argentina lock Tomas Lavinini. Take your breaks wherever, or on whomever, they may come.

13-0 up and looking good, O'Mahony makes his big carry [three metres] as he goes through locks Lavinini and Matias Alemanno before pumping his legs when tackled and presenting well.

This and a big Tadhg Furlong carry stretch the Argentine defence but Sexton's grubber, intended for Stockdale, just evades him.

As Argentina finish the first half well, O'Mahony shows his experience when he loses the collision with hooker Agustin Creevy. Alemanno tries to clear him out but he simply heaves his weight in the opposite direction and lands right on top of Creevy, slowing the ball down like a pro.

He ends the half pouncing on a loose ball to get a pass away, fighting through contact on another strong carry, backing up O'Brien when he makes another vital turnover and clearing tighthead Nahuel Chaparro the hell out of a ruck.

Ireland are 20-0 up [Stockdale again] when O'Mahony lets his opposite number, Pablo Matera, know what he is all about. Having stopped him in the tackle, Cian Healy shunts him back and, leg-driving with intensity, O'Mahony does the rest. A carry for minus four metres from Matera.

50 minutes are on the clock when O'Mahony, first in at the breakdown again, secures a brilliant turnover in the Irish 22. The excellent Furlong tackles centre Santiago Iglesias low and O'Mahony pounces to win the ball back.

While Ireland did not manage to disrupt the Argentina lineout - opting at times not to compete - they did a number on their attacking maul.

Here we see O'Mahony making an absolute nuisance of himself [below]. Keep an eye out for his boot going missing in the midst of the crush. 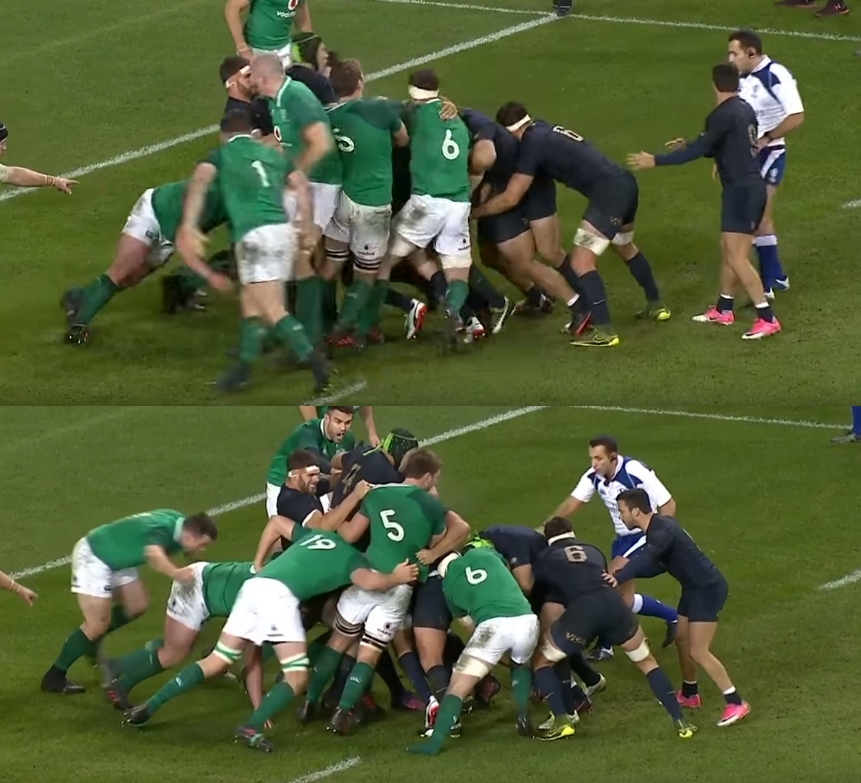 Argentina were fortunate to retain possession and score, a minute later, through Joaquin Tuculet.

Ireland answer back soon after with Stander scoring off the back of a rolling maul that Argentina hopelessly defend.

O'Mahony is the perfect blindside flanker on an Argentinean scrum, just before the 70-minute mark, as he holds his bind but is on the look-out for Juan Manuel Leguizamon. The moment he sees the No.8 bend to pick the ball up, he detaches and shuts him down before he can get any forward momentum.

He remained on a further five minutes before replacement hooker James Tracy took his place and got a brief taste of life as a loose forward.

All told, it was a superb, all-round performance by O'Mahony. His coaches and teammates got exactly what they would have expected of him.

In terms of tackles, O'Mahony landed 13 and only missed one. Of those 13 tackles, he won the collision six times, lost only two and split the difference five times.

Add to O'Mahony's defensive work at the breakdown (including tackles made) and he was involved in 41 rucks.

In summary, quit playing games and offer the man what he's worth.