All the major rugby transfers made this summer

Several rugby squads will look a sight different when the game returns.

Many playing contracts are set to expire on June 30, with a host of fresh ones commencing from July 1. Despite the Covid-19 pandemic and three-month hold up to the 2019/20 season many rugby transfers have been taking place.

June 13 sees professional rugby kick off again with New Zealand with Super Rugby Aotearoa. The Australians and South Africans are hoping to follow suit while the Jaguares (Argentina) and Sunwolves (Japan) will have to find some way of ticking over until 2021.

In Europe, the LNR called the 2019/20 Top 14 season void, with no cups handed out, no relegation and no promotion. It is hoped that the 2020/21 Top 14 season can commence in mid August. The Premiership, in England, has a provisional resumption date of August 15.

While English clubs intend to finish out their full commitment of fixtures, the Guinness PRO14 is set to wrap up their 2020/21 season by going straight to the knock-out stages. There will be a mini inter-provincial competition held at the Aviva Stadium (behind closed doors) from August 22 before the PRO14's top four sides finish out this affected season with semis and a final. 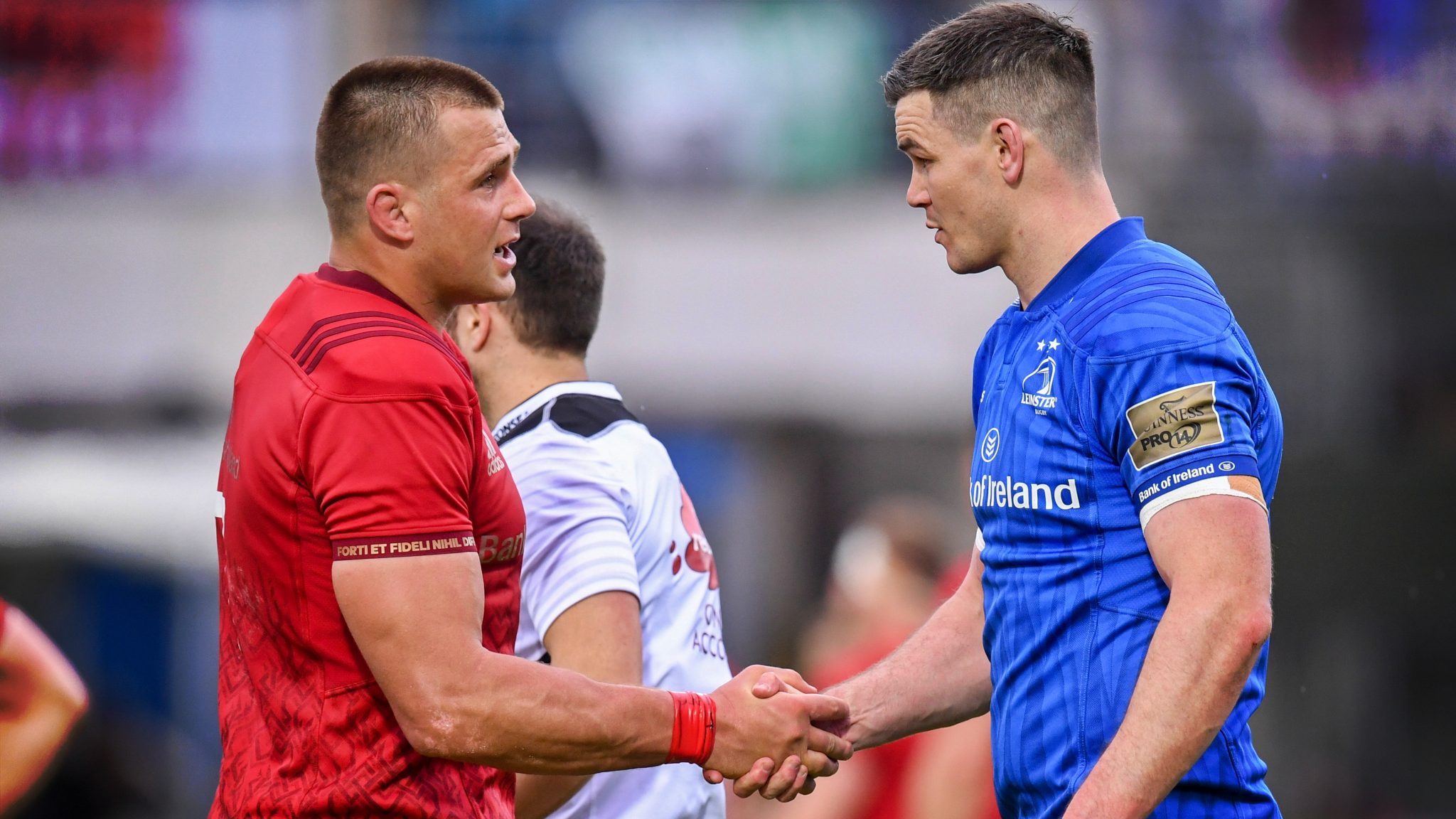 There would be Champions Cup rugby played out in October - quarters, semis and final - before an international window in November. All of these plans, it must be noted, are on the proviso that there is no second wave of Covid-19 or another unforeseen crisis.

Talks are currently ongoing between World Rugby and the unions from the northern and southern hemispheres about beginning an aligned global rugby calendar from 2021. Talks have been said to be positive with the next set planned for June 15.

However, while we have seen several football clubs extending contracts and loan deals with players to finish out the 2019/20 season, rugby has headed the other direction. A raft of transfers, academy promotions and releasing of players have already been confirmed with more set to follow before we get to July.

Connacht and Munster have brought in four fresh faces while Ulster have made three senior player additions. Leinster - unbeaten for 2019/20 when the season paused - have lost three players but are expected to extend the playing contracts of experienced duo Rob Kearney and Fergus McFadden. Kearney had been hoping to play out his career in Japan's Top League but that switch has been temporarily shelved. 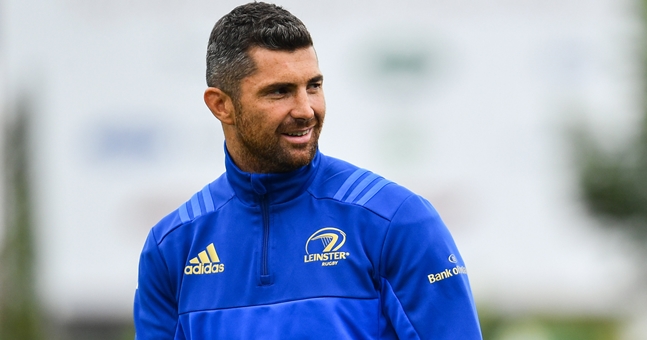 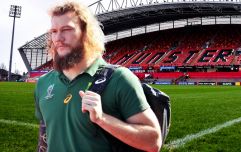 "I can't wait to get back out on the field, wearing the red of Munster" - RG Snyman

END_OF_DOCUMENT_TOKEN_TO_BE_REPLACED

Kearney is Irish rugby's most decorated player - 5 league wins, 4 European Cups, Challenge Cup, 4 Six Nations titles (including two Grand Slams), 2 Lions tours and 2012 Best Player in Europe accolade - and he would surely be keen on adding to that tally when rugby resumes.

Connacht have secured four inter-provincial imports - Oisin Dowling and Jack Augnier (Leinster), Conor Oliver and Sammy Arnold (Munster) - but have shed 12 senior players. Ulster have strengthened their hand by adding Ian Madigan, Alby Mathewson and promoting talented centre Stewart Moore from their academy. We have already looked at how Munster could line up, when rugby resumes, after they added two World Cup winners to go with Matt Gallagher and Roman Salanoa.

Here are all the major rugby transfers of the summer, starting with the Irish provinces and then looking at the other big moves around the world. 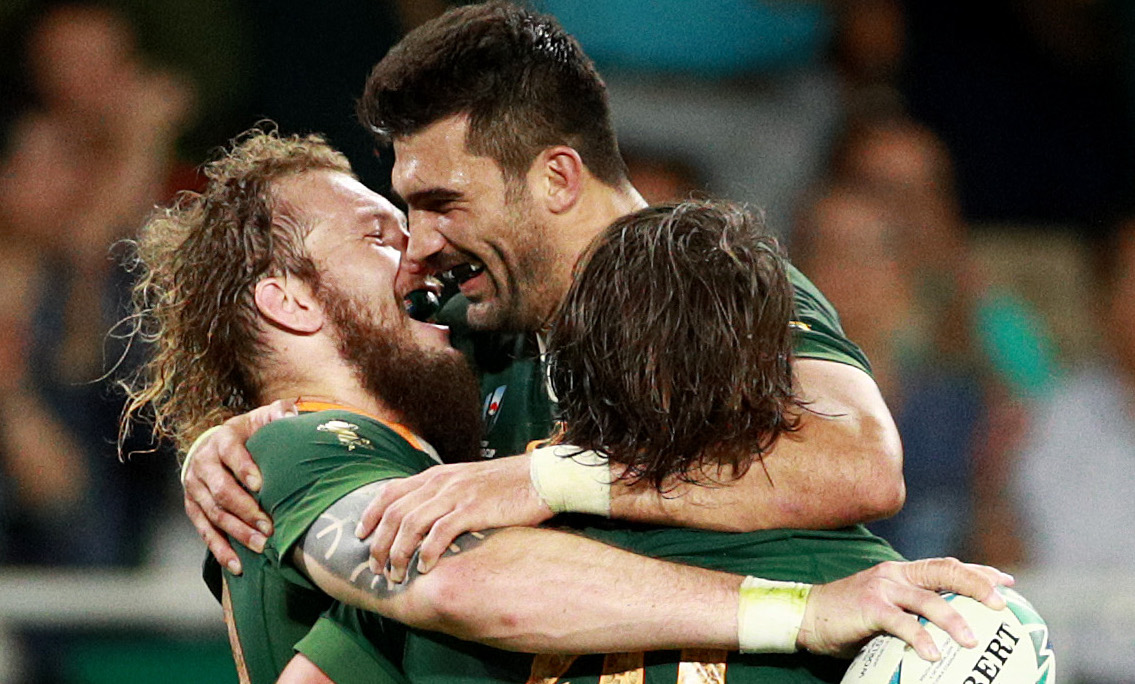 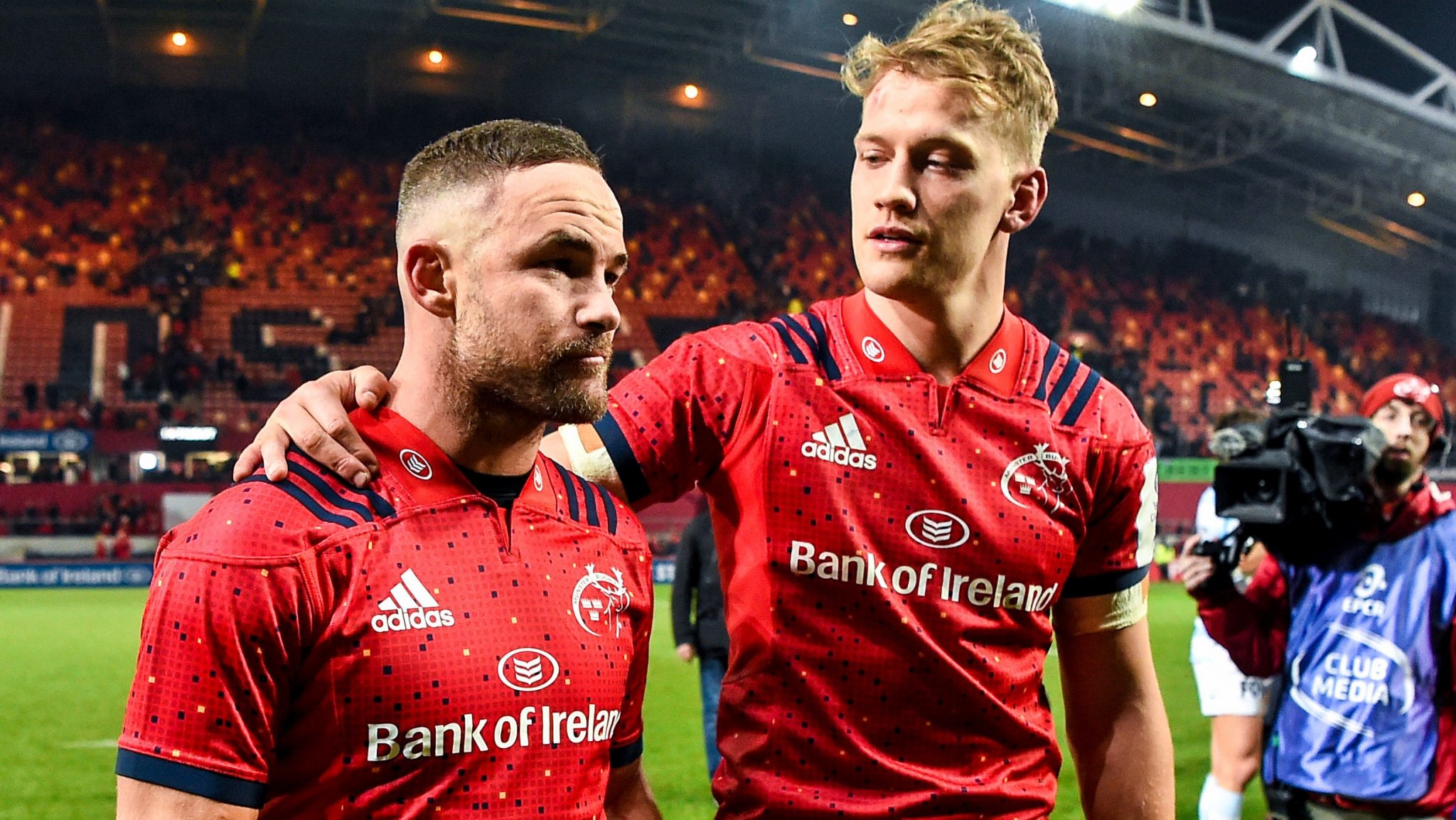 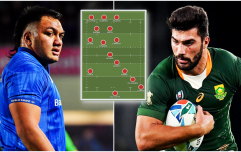 END_OF_DOCUMENT_TOKEN_TO_BE_REPLACED

EXETER CHIEFS - Have shopped smartly by getting in Jonny Gray, Corey Baldwin and Sam Hidalgo-Clyne. Nic White and Matt Kvesic are the big names heading away.

GLOUCESTER - The big news here is the promotion of Louis Rees-Zammit from the academy and the return of Jonny May. The club has lost a head coach (Johann Ackermann) and DoR (David Humphreys) in the past month, though. 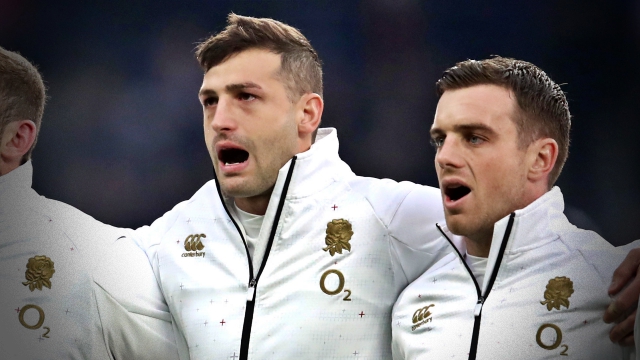 LEICESTER - Headline news here is the arrival of Nemani Nadolo while Matt Scott is a smart signing. Jonny May is out the 'Exit' door, as is Tatafu Polota-Nau and a whopping 20 other senior pros. The decks have been cleared at Welford Road.

We start in France with BORDEAUX, who have made three notable signings - Ben Lam, Joseph Dweba and Ben Tameifuna. CASTRES have been busy, too, with their notable arrivals including Semi Kunatani, Ryno Pieterse and Tyler Ardron. 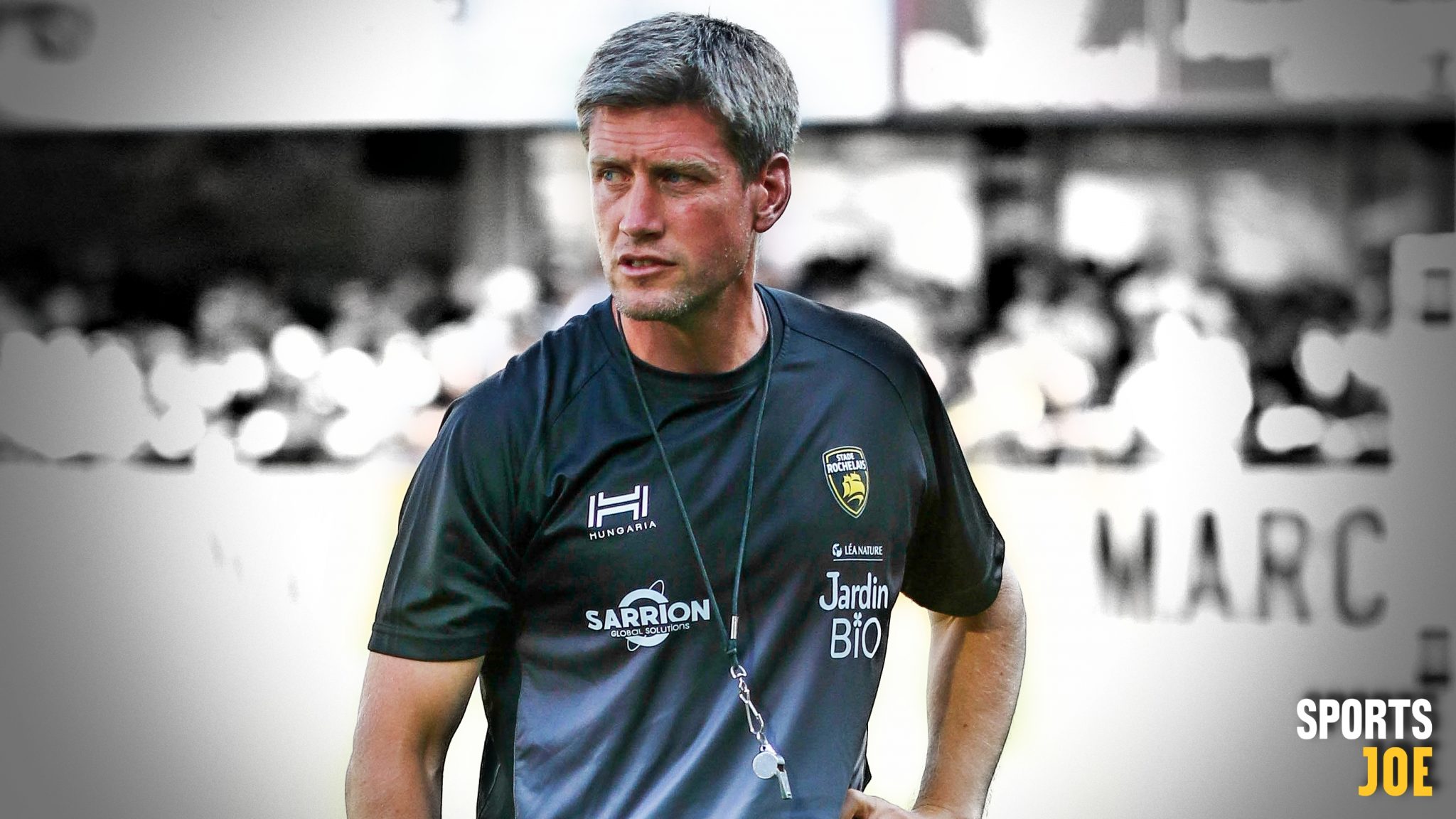 LYON may have lost Liam Gill, Carl Fearns and Sam Hidalgo-Clyne but they look good for the rugby resumption. They have done well in snapping up Remy Grosso, Mathieu Bastareaud (if he has a Last Dance in him), Colby Fainga'a and Joe Taufete'e. Keep an eye on these lads.

Pau, Stade Francais, Toulouse and, surprisingly, Toulon have been quiet. At RACING 92, meanwhile, Simon Zebo and Donnacha Ryan will be joined next season by Aussies Luke Jones and Kurtley Beale.

In South Africa, THE BULLS will be coached by Jake White and have added Marcel van der Merwe, Arno Botha, Gio Alpon and Duane Vermeuelen to their roster. THE SHARKS have got in Blitzbokke star Werner Kok but that's about all the razzmatazz for now.

Izack Rodda has been released from the REDS after a pay stand-off while the BRUMBIES have brought in Nic White. Kurtley Beale heading to Racing 92 is the only other switch of note.

Down in New Zealand, former Connacht prop Conan O'Donnell played three Super Rugby games for the Highlanders but is back in training with 2018 and 2019 champions Crusaders, along with fellow Irishman Oli Jagr.

The big news of the Super Rugby was looking to be Brodie Retallick returning to CHIEFS and Sam Whitelock signing up for another season with CRUSADERS. Then the HIGHLANDERS announced Nehe Milner-Skudder was joining them.

Then AUCKLAND BLUES did this...

Another reason, as if you needed it, to tune in for Super Rugby Aotearoa.

🎧 The Football Spin: Manchester United feel the pressure as City are back in the game


popular
How many of the 49 Premier League clubs can you name?
The SportsJOE 12 o'clock quiz | Day 115
QUIZ: See if you can identify these retro football kit sponsors
SportsJOE 2000s Football Quiz | Round 10
QUIZ: Can you name the first professional teams of these footballers?
Jack Charlton's role in getting Roy Keane to Manchester United has been revealed
Roy Keane on the experience of being managed by Jack Charlton at USA 94
You may also like
2 months ago
'We watched it back at 10am with breakfast rolls and pints of Guinness' - Ultan Dillane
4 months ago
Connacht's Peter Robb red-carded after first touch of the ball
4 months ago
The future of Leinster and Ireland's second row is officially here
4 months ago
Guinness Pro14 Preview: Ulster v Cheetahs
2 weeks ago
The SportsJOE 12 o'clock quiz | Day 95
3 weeks ago
The brutal training drill every rugby pro has to get through this week
Next Page