France have got themselves a turnover machine for the Six Nations

Alexandre Fischer wasn't even named in the Clermont starting XV but he took his early introduction off the bench like a lad that knew opportunity had come knocking.

The 21-year-old was one of a whopping 19 uncapped players named in Fabien Galthie's French squad for the 2020 Guinness Six Nations, this week. If anyone unfamiliar with the regular goings on in French rugby were questioning some of the inclusions (and exclusions), Alexandre Fischer proved why he had been selected.

After 20 minutes of a lively Champions Cup pool encounter between Ulster and Clermont, at Stade Marcel Michelin, the hosts found themselves 10-6 behind. John Cooney scored another excellent try - running a nice support line to Marty Moore - and added a conversion to his early penalty.

Ulster had won seven of their previous eight games and arrived in France knowing a win would secure them a quarter final spot, and tee them up nicely for a home tie in the last eight should they beat Bath in Belfast the following weekend.

Moore, Marcell Coetzee and Will Addison were the Ulster stand-outs but every member of Dan McFarland's starting XV was dialled in and getting through a heap of work. Ulster spurned a chance to go 17-6 ahead when the ball went to ground with a four-on-one advantage out on the right flank. The Clermont fans breathed a collective sigh of relief and Morgan Parra's penalty made it Ulster 10-9 Clermont at the break.

By that stage, Fischer had replaced the injured Arthur Iturria, mid-way through the half, and had already secured two turnovers. He would go on to poach in for another two in the second half and was pivotal in the winning of this match. 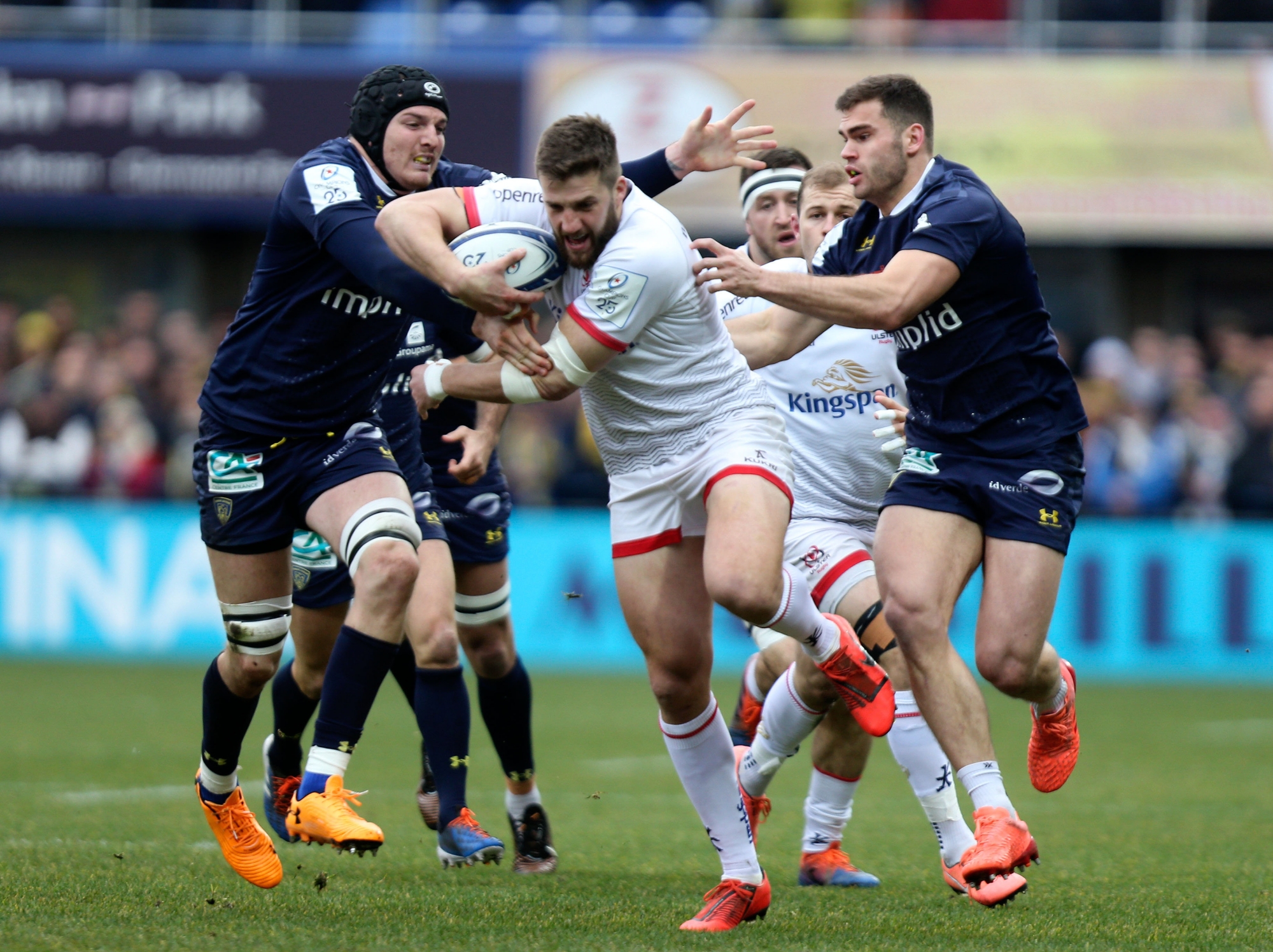 Stuart McCloskey is tackled by Arthur Iturria and Damian Penaud of Clermont during the Heineken Champions Cup Pool 3 match between ASM Clermont Auvergne and Ulster at Stade Marcel-Michelin. (Photo by John Dickson/Sportsfile)

Clermont's coaching staff had obviously spotted a tell in the Ulster scrum and relayed the message to their front row during the break. In the opening exchanges of the second half, the Clermont scrum monstered Ulster's and Moore was the man pinged. He appeared to be carrying an ankle knock but tried to play on a few more minutes. 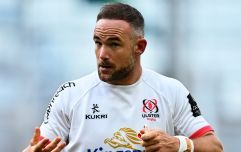 The Alby Mathewson speech that lit a fire under Ulster

END_OF_DOCUMENT_TOKEN_TO_BE_REPLACED

Moore's last action of the game was to desperately but unsuccessfully attempt to slow down Alivereti Raka from an offside position. It was a nice try and Iain Henderson lumped in with a tackle too but there was no denying Raka. 14-10 soon became 16-10 when Parra converted from the left-hand touchline. Not long after, Addison limped out of the game and Matt Faddes came on in his place.

A Cooney penalty made it 16-13 but Ulster were left frustrated when the referee called play to a halt, with the visitors threatening a try, as George Moala lay injured inside the Clermont 22. Ulster had to settle for the three points but that was the last of their genuine try-scoring chances.

Two more Parra penalties extended the Clermont lead to 22-13 and a late Moala try - with subs Bill Johnstown and Dave Shanahan exposed in defence - ensured there would not even be a bonus point to take back to Belfast.

Clermont join Leinster in the last eight while all is not lost for Ulster. They can join them by beating Bath at Kingspan Stadium next weekend.

As for Alexandre Fischer, Andy Farrell and Ireland have been warned.

OUR MAN OF THE MATCH: Alexandre Fischer (Clermont)

popular
Eric Dier calls Dele Alli on his tantrum in All Or Nothing changing room row
The SportsJOE 12 o'clock quiz | Day 181
"I've always said I'll go back and play. I'll 100% play with Portlaoise again, and I really want to play for Laois"
Sean Kelly sums up emotion of a nation as Sam Bennett all but sews up the green jersey
The Tipp minors who beat Dublin's golden generation: the ones that got away
SportsJOE 2000s Football Quiz | Round 16
QUIZ: Can you name the 5 Man United players in 15 seconds?
You may also like
2 days ago
Three factors behind Leinster's meanest defence in years
3 days ago
"Nevin would have absolutely loved it in this Ulster group"
3 days ago
Ulster still missing big names while Marcell Coetzee a doubt for Toulouse
3 days ago
"We'll have to be 10 times better than we were against Ulster" - Robin McBryde
4 days ago
Leinster's Hugo Keenan on the work he put in to set that Bronco time
4 days ago
The 6am gym sessions and relentless rehab behind James Ryan's miraculous comeback
Next Page