In this part of the world, we are all for Peter O'Mahony being the Lions captain.

This side of the hemisphere we thought he did a great job on Saturday.

But maybe he didn't, or at least that is how one New Zealand journalist saw things.

O'Mahony captained his side to a 32-10 win over the Maori All Blacks but Mark Reason of Stuff wasn't all that impressed.

In his eyes, O'Mahony didn't deal with the referee in the right manner and how it could prove costly in the test matches. 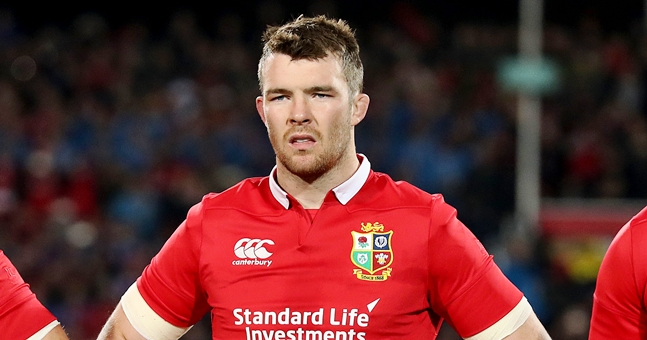 END_OF_DOCUMENT_TOKEN_TO_BE_REPLACED

"The Lions gave away far too many penalties, again, and captain Peter O'Mahony appeared to be doing absolutely nothing to appease the man in charge."

He also picks out a key moment that exemplified his point.

"At the end of the half the Lions kicked a penalty into touch and thought that was an end to it. But Peyper signalled the lineout had to be taken and was immediately pursued by Conor Murray, Johnny Sexton and O'Mahony. It was not a good look. The Lions' discipline had collapsed." he said.

Reason believes that Warburton should be the man to lead the Lions out against New Zealand if they are to have any chance to beat the All Blacks.

END_OF_DOCUMENT_TOKEN_TO_BE_REPLACED

His reasoning (pun definitely intended) is that Warburton would be best suited at dealing with officials and be able to appease the man in charge all the time while being able to force penalties and generally having the referee on your good side.

Reason didn't do himself any favours as he may have called O'Mahony British.

"The communication skills of New Zealand's players make Britain's rugby players look like schoolboy debaters, particularly when Southern Hemisphere refs are in charge. O'Mahony had no idea how to communicate with Peyper and neither did his teammates."

We won't hold that one against him though, we're pretty sure he didn't mean it.


popular
QUIZ: How many of the 10 most successful football counties can you name without making a mistake?
Conor McGregor and Floyd Mayweather 'in talks' about a rematch
Éamonn Fitzmaurice explains Aidan O'Shea's best position and how it can be used against Kerry
Matt Le Tissier says he asked Sky Sports why they never sacked Jamie Carragher
Patrick Vieira claims he was 'much better' than Roy Keane in new interview
Steve McClaren issues warning to Man United players
Two All-Ireland quarter-finals to be streamed exclusively live on NOW
You may also like
3 years ago
James Haskell's first Lions Tour encounter with Tadhg Furlong was certainly unforgettable
4 years ago
Garry Ringrose only needed two games to expose regrettable Warren Gatland decision
4 years ago
Warren Gatland reveals concerns about Fields of Athenry before Lions Tour
4 years ago
Ben Te'o was rightly livid after some sneaky jersey swapping on the Lions Tour
4 years ago
Two Ireland stars included in French outlet's Team of the Year
4 years ago
2017 ended the debate about Johnny Sexton being Ireland's greatest outhalf
Next Page