With 14 tries in 17 games for Ireland you'd be forgiven for thinking that 22-year-old Jacob Stockdale was a prodigy as a teenager.

The Ulster winger set a Six Nations try scoring record last year and was also named the 2018 Six Nations Player of the Tournament with seven tries in five games.

His phenomenal debut campaign was a far cry from where he was during his earlier years at Wallace High School, where he was originally a back-rower in the school's reserve sides before eventually moving out to the centres. 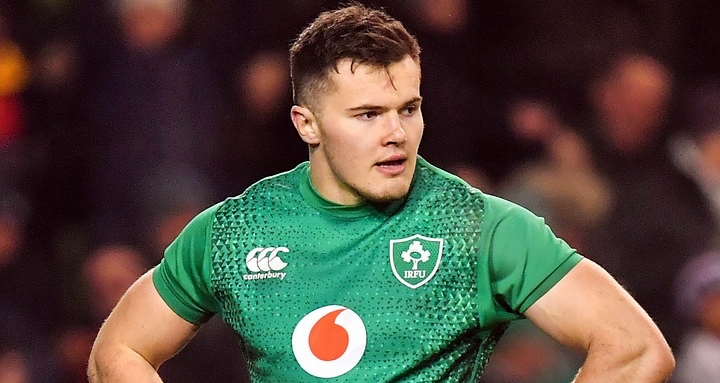 END_OF_DOCUMENT_TOKEN_TO_BE_REPLACED

A growth spurt and a hard summer of training saw him elevated to the school's first side in his final year and he just took off from there with coach Derek Suffren remarking that: "He was starting to do some of the things then that we're seeing from him now with Ulster and Ireland.

"He was just taking off from 60 metres and scoring from all over the place so we started to make him a big part of our attack and base a lot more plays around him but it was really that last year of school that he really started to take off."

His final season with Wallace attracted the attention of Ulster Rugby but as far as the club's outside backs were concerned it was actually former Campbell College full-back Jack Owens that the players were more mindful of breaking through to the first team.

"He took a lot of us by surprise," Bowe said at a Guinness event ahead of this weekend's Six Nations finale between Ireland and Wales.

"There was a lot of talk about a guy called Jack Owens, the Campbell fullback, who was a huge prospect at schoolboy level.

"Jack was a bit ahead of Jacob in terms of where the coaches saw him but unfortunately he picked up a nasty enough knee injury and that gave Jacob the opportunity to jump in. 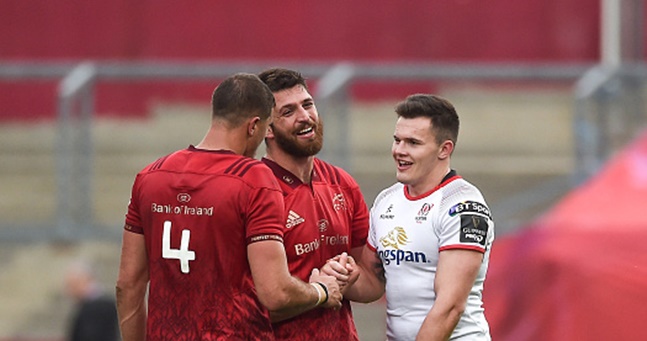 "Professional rugby, the way it is nowadays, it is about taking your opportunity. There are so many young guys coming through the academies and they get one or two training sessions, one or two games in the Pro14 to establish themselves and put their hand up. Some players take it and some players maybe need a bit more time to do it.

"Jacob's a guy who, every challenge he's been given, he's taken the opportunity. He's stepped up to the mark and gone beyond it and I think to show how comfortable he was and how well he played and then all of a sudden with the step up to Ireland he's just taken to it so comfortably.

"Whenever we first came across him, the likes of myself and Trimby [Andrew Trimble] you can obviously see how big he is and the stature he has.

"He's tall, he's got great skills and from an early age I thought that he looked like when he got the ball in hand that he could be quite dangerous but we've all been blown away by the level he has taken it to."

Like Bowe, Trimble was kind of caught off guard by just how quickly he developed but the former Ireland winger pinpointed the 2017 tour of Japan and the USA as a real turning point for Stockdale.

"I'm not sure at an early stage I realised how good he was going to be," said Trimble.

"But there was one pre-season after he had been selected with Ireland to go to Japan and the USA, he was on the bench quite often that season, but he went away on tour that year and spent a bit of time with Joe, which obviously brings guys on, and the pre-season after that Japan tour he was just on fire. 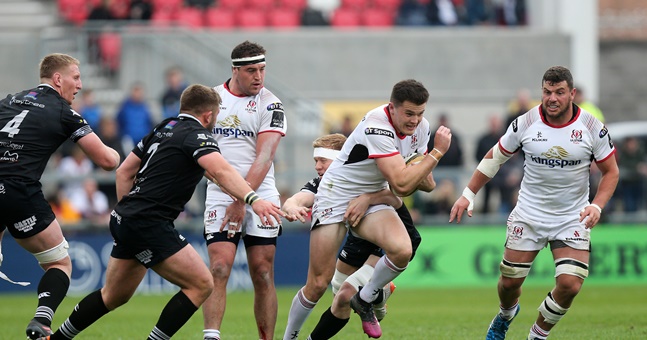 "Just rangy, powerful and a good decision maker. Just a class act and I knew at that stage that he was going to be something special."

Stockdale's confidence is clear to see. He backs himself with ball in hand and has this uncanny ability to beat players and finish moves.

He has become one of the most prolific finishers in World Rugby and Trimble now expects him to score with almost any half-chance that he's given.

"It's no surprise really and he's played the same role in every team he's played in, be it U20, Ulster or Ireland, where he just backs himself with ball in hand and he wants to call for the ball.

"When he gets a one-on-one... it's actually better than a one-on-one for most teams and he's a talisman for Ireland. There's times when he gets the ball in hand now for Ireland and I'm just expecting him to score tries, regardless of what it looks like.

"The try against the Scarlets is a good example where you're thinking 'he's not going to score a try here' and then he's gone, not out of nothing, but if he gets half-a-chance he can take it all the way."

END_OF_DOCUMENT_TOKEN_TO_BE_REPLACED

Stockdale arrived at Ulster with a fleet of experienced back-three players at the club with All Black Charles Piutau, Louis Ludik and Ireland trio Bowe, Trimble and Craig Gilroy all very much established at the province, while current defence coach Jared Payne was still with both Ulster and Ireland.

Bowe praised his work ethic and added that he was always looking to learn what he could from the array of three-quarters around him at the club.

"I think it was a great time for him to come in as there were four or five different wingers there and he was able to get little nuggets from each of us.

"We would do catching high balls with him after a session, he'd do sidestepping drills with Charles Piutau, trying to lay a finger on him and that's the key thing for young players; it's trying to soak up different nuggets from anyone you can.

"Certainly from my point of view I was very keen to chat to him about different areas where I thought I could help and certainly Charles and a few others were great for him too."

Bowe congratulated Keith Earls on tying his record for second place on Ireland's all-time try scoring list but he joked that Stockdale may pass both of them before the start of the Rugby World Cup with the rate that he's scoring tries.

It's tongue in cheek from the eir Sport broadcaster but there is an element of truth to it even if it may still be some years away before we see his prediction come true.

He's long, rangy, full of confidence and one of Ireland's, and World Rugby's, best finishers. Not bad for a late bloomer. Not bad at all.


popular
Talksport presenter puts Martin O'Neill to the pin of his collar over Declan Rice and Jack Grealish
World Cup Power Rankings: The top eight pundits of the tournament so far
Rory McIlroy explains 'falling out' with Shane Lowry that lasted a few years
World Cup Power Rankings: The top 10 players at the tournament ahead of the quarter-finals
Ariel Helwani shares Paddy Pimblett WhatsApp messages as spat becomes public
Ballyhale's Colin Fennelly felt Ballygunner's victory speech was disrespectful
Gary Neville sticks up for Ronaldo as contextless pictures and videos taken as gospel
You may also like
6 days ago
Shay Given on how far Ireland could've gone at the 2002 World Cup with Roy Keane in the team
1 week ago
From Ireland to Argentina: Alexis Mac Allister's Irish roots explained
1 week ago
Former England international admits he wishes he had played for Ireland
2 weeks ago
Two baffling omissions as four Ireland stars make World Rugby 'Dream Team' of the Year
2 weeks ago
Josh van der Flier claims World Rugby Player of the Year at Monaco ceremony
2 weeks ago
"Highlight of my Ireland career" - Behind the scenes as Jack Crowley and Ross Byrne covered for a legend
Next Page