"That was the greatest fight I have ever called in women's MMA. An amazing, incredibly close fight."

Joe Rogan has been calling women's bouts in the UFC since 2012 and has been cage-side for bouts featuring the likes of Ronda Rousey, Holy Holm, Valentins Shevchenko, Miesha Tate and many more. So his take on the all-out war between UFC straw-weight champion Zhang Weili and Joanna Jedrzejczyk is a huge endorsement.

For all those watching the UFC 248 co-main event, at the T-Mobile Arena and at home, the majority would have nodded along with that Rogan call. This was a hell of a fight with both participants leaving it out there and a razor-thin, split decision that may yet see the bout run back in the near future.

Jedrzejczyk's kick-boxing skills allowed her to do some damage from a distance and she stepped in with a heap of two- and three-shot combos that left their mark. To Weili's eternal credit, she was able to absorb many blows that would have felled others and do some damage with crunching counter punches.

"This is insane!" 🤯@dc_mma nails it when describing the battle between Zhang Weili and @joannamma at #UFC248 pic.twitter.com/kBYYFsmDNT

While the challenger won a lot of style points, the champ was picking up points by going straight down the pipe with some vicious punches. One such punch mashed the nose of Jedrzejczyk, who's forehead was already bloating to cartoonish size after receiving some mighty thwacks earlier in the contest.

The Pole finished with a spinning back-fist that connected with Weili and when the hooter sounded at the end of a gruelling 25-minute battle, the crowd rose to acclaim both women. Over the course of the fight, the pair had combined to throw over 600 strikes.

Ultimately, it may well have been the clear damage to Jedrzejczyk's face that swayed it with a judge or two [before/after comparison picture below]. She won the contest 48-47 on a sole scorecard but the other two judges scored 48-47 in favour of Weili. 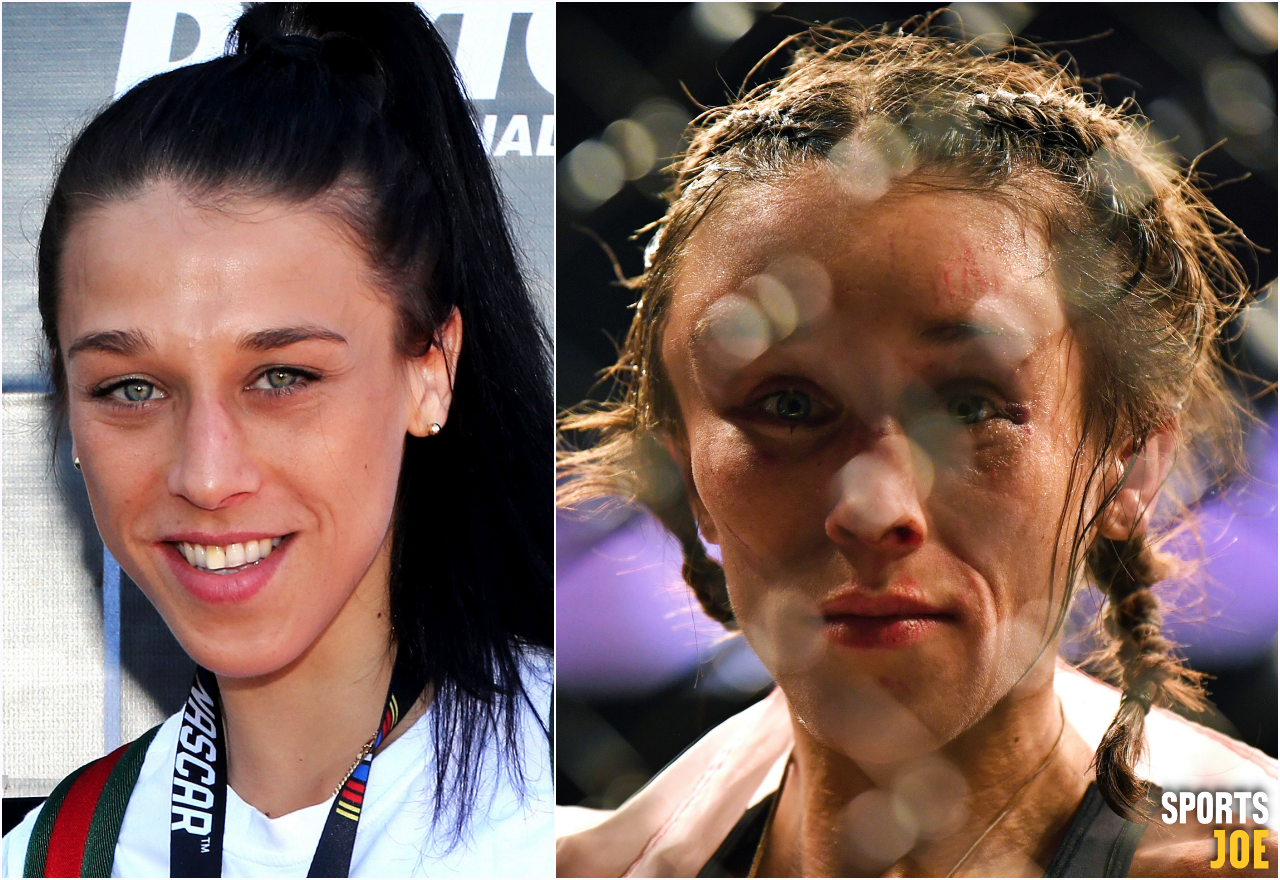 END_OF_DOCUMENT_TOKEN_TO_BE_REPLACED

Jedrzejczyk was stoic in defeat and congratulated the champion for matching fire with fire. She said:

"You see my swelling; I felt this. She did great. There's something missing... but I felt all the punches. From the third round, the swelling was bothering me. My head was getting more and more swollen. My head was going on and off.

"But all good and congrats champ. I'm very happy that we gave a good fight."

Off Joanna Jedrzejczyk went to get a full going over by the back-stage medics. A few hours after the fight, the former champion posted a clip of her enjoying some post-fight doughnuts with her eyes already blackening up after that nose break. As for Zhang Weili, she improved to 21-0 in her career and 5-0 in the UFC.

The main event was nowhere near as entertaining as middleweight champion Israel Adesanya out-pointed challenger Yoel Romero in a bout that lacked flash-points and moments that got the Vegas crowd out of their seats. Adesanya says he would like to defend his crown against Paolo Costa at International Fight Week in July.


popular
The SportsJOE 12 o'clock quiz | Day 189
QUIZ: Can you name the first signings of these famous managers?
"My job at Sky is not to be a cheerleader for Rory McIlroy" - Paul McGinley
QUIZ: Guess the footballer from their Wikipedia page #11
Conor McGregor shares DMs from Dana White to justify boxing comeback
QUIZ: Can you guess the football shirt sponsors of these classic 90s kits?
QUIZ: Can you name every top European football club that begins with 'L'?
You may also like
3 days ago
Back-up plan for Khabib vs. Gaethje title fight has pissed a lot of people off
2 weeks ago
Conor McGregor vigorously denying 'accusations of misconduct' after being interviewed by French police
1 month ago
Daniel Cormier loses sight in his eye during controversial UFC 252 loss
2 months ago
Rhys McKee fails to slow down UFC's latest hype train at Fight Island 3
2 months ago
Max Holloway's class gesture after controversial UFC 251 loss transcends the sport
3 months ago
Dana White faces more retirement questions after Garbrandt and Nunes victories
Next Page