Will it ever feel right to refer to Dan Henderson as a former fighter?

Combat is so deeply embedded within every cell in Henderson's wizened body that it seems odd to add that qualifying reminder of October 8, 2016; the date when his last H-Bomb reached its desired target.

There is nothing in the world that 'Hendo' does better than fighting and he confirmed to a bleary-eyed media room on Sunday morning that he would not be changing his mind on his retirement vow.

END_OF_DOCUMENT_TOKEN_TO_BE_REPLACED

But he couldn't have received a more apt swansong and was right to call it a day when he did, which is not to say that he couldn't cause trouble for the best of the best at 185lbs. He proved this weekend that he is more than capable of just that as he almost pounded the UFC middleweight title out of Michael Bisping's grasp.

You might be thinking to yourself 'Well surely it would have been better for Henderson to have actually won the title and bowed out on top?'

END_OF_DOCUMENT_TOKEN_TO_BE_REPLACED

But I'm not so sure because the act of vacating a title and walking away from any potential challengers would betray the very essence of what the veteran represents.

He was never the kind of fighter who prioritised pay-per-view buys or money over challenges in the cage or ring or any fighting venue that would have him.

So to all of a sudden undermine the title he might have won by immediately waving goodbye to the belt wouldn't have been a very Dan Henderson thing to do. 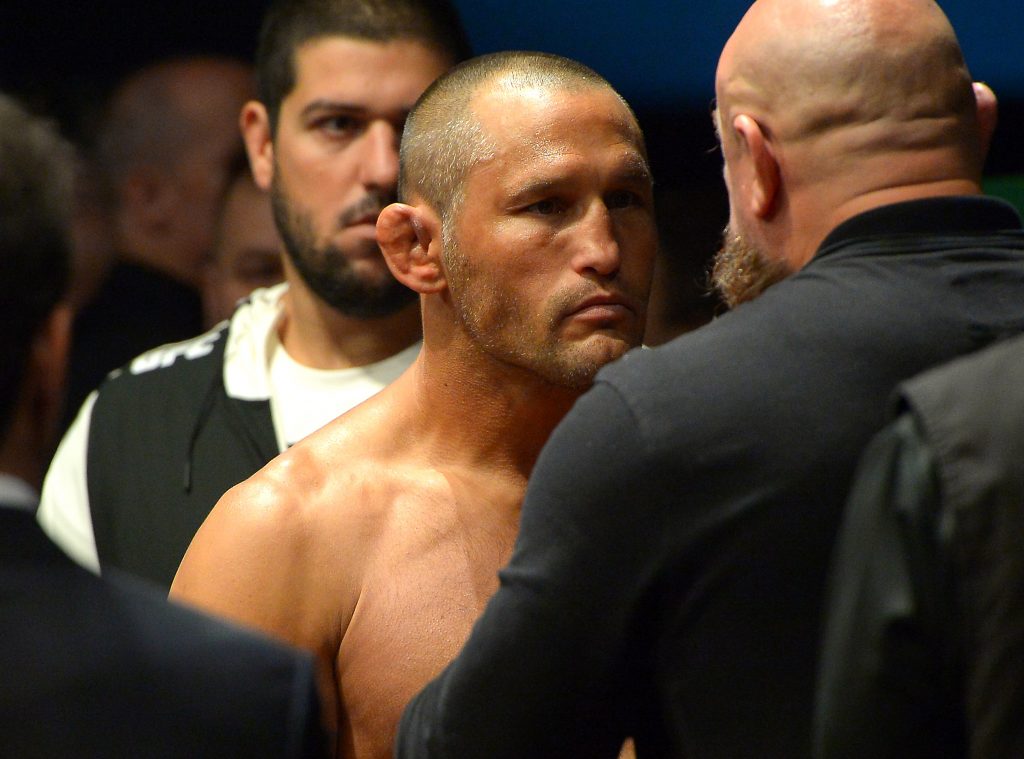 END_OF_DOCUMENT_TOKEN_TO_BE_REPLACED

The Dan Henderson thing to have done would have been to get right back in the gym, sign a bout agreement and test himself by defending his strap against one of the middleweight monsters in waiting.

Henderson took on all comers, simple as. Hell, he's the last man to beat heavyweight legend Fedor Emelianenko and on Friday he weighed a trim 184lbs. He was never preoccupied with the size of an opponent because he backed himself against anybody.

It would seem jarringly out of character, then, for him to hold the middleweight belt and reject the chance to defend it against a viable contender.

But an end point must come somewhere and it could be argued that in defeat, one which is contested by plenty of fight fans, he found his perfect time to bid farewell.

When Henderson made his way to the Octagon on Sunday morning, it was to a deafening chorus of boos from Michael Bisping's Manchester following.

The repeated H-Bomb launches quickly reminded the partisan crowd that he was not to be disrespected or taken lightly.

And after pushing their hometown hero to the absolute limit, Henderson left the Octagon for the final time but the boos were no more.

Just like Rocky Balboa winning over the hostile Ivan Drago supporters in enemy territory, Henderson had given the Bisping-biased crowd no option but to applaud his efforts.

The British fans know what's up! @danhendo is a legend!! #UFC204 https://t.co/IZtpLEufc5

It summed up the career of a fighter whose impact on the sport is such that it's impossible to even feign apathy.

At 5am and with the majority of spectators delirious on a combination of the occasion, exhaustion and whatever was in their plastic cups, the awareness was there to realise that Henderson deserved a proper goodbye, regardless of the fact that he'd knocked out Manchester's favourite fighting son in brutal fashion seven years ago.

And Henderson was visibly taken aback by the wave of support he got as he picked away at the tape on his fight gloves for the last time.

But it proved that the standing ovation he so often received was never dependent on whether or not the referee raised his hand at the end of an evening of face punching, it was just an expression of admiration for everything he had given to bring the sport of mixed martial arts to where it is today.

And the fact that MMA crowds are able to appreciate the accomplishments of a rival would suggest that he's leaving the sport a more mature place than when he started all those years ago in Brazil. 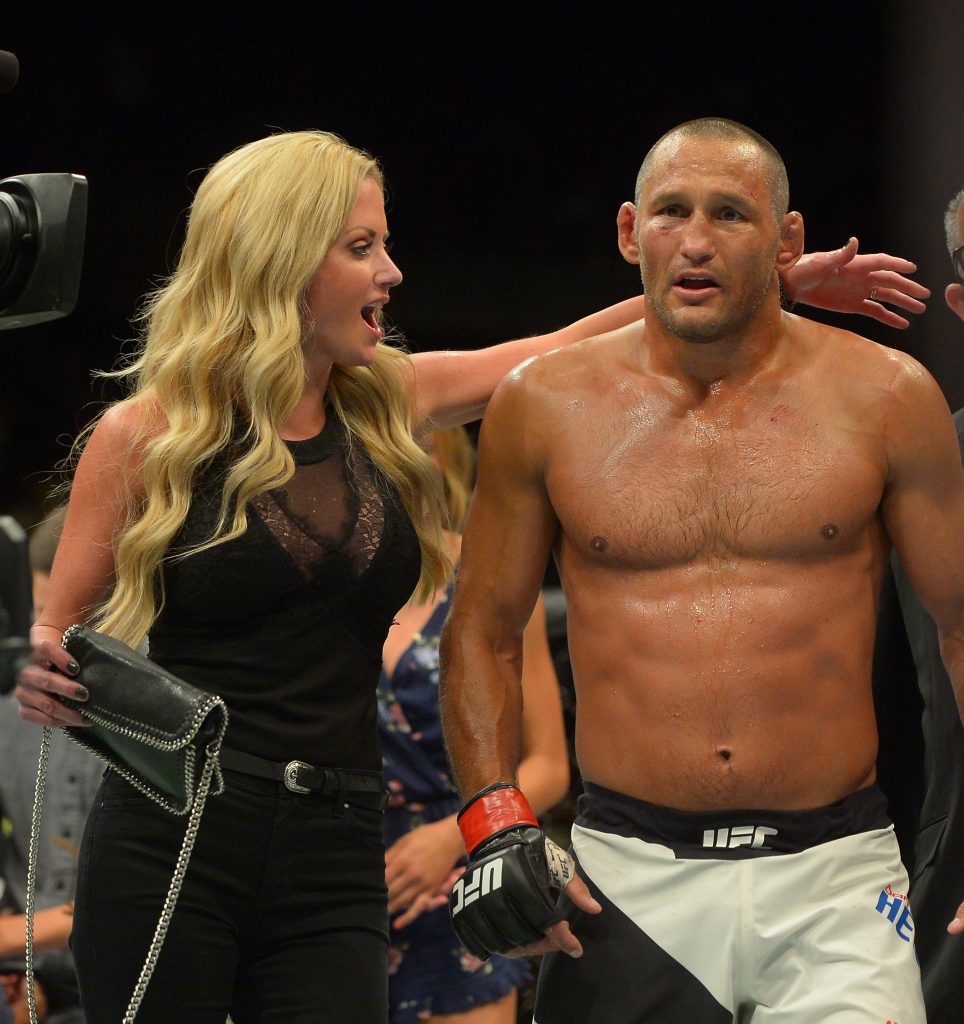 The rolling thunder with which he decided to finish his career aside, Henderson never had the flashy techniques or flair of an Anderson Silva or Jon Jones. But fanciness is by no means a necessity en route to earning legend status.

Henderson may never have managed to add that UFC title to the Pride and Strikeforce belts he once called his own but that will do absolutely nothing to dent a legacy that was cemented years ago.

Perfection in the fight game is an unrealistic aim and one that has broken many a heart of ambitious young fighters.

Defeats happen. The greatest fighters use them as motivation to improve and don't run away from the lessons learned in being bested. And Henderson had his fair share of defeats, three of which came with UFC gold on the line.

And in spite of the lack of UFC belts on his mantelpiece, Henderson had the ability to do something that not many champions would have been capable of doing.

He turned 16,000 Mancunians into fully fledged members of the Dan Henderson Appreciation Society.

And that's no mean feat.