Peter Queally is an opportunist, pure and simple.

The Waterford welterweight (not the 2002 Munster Championship winning hurler) learned that Tim Means was in need of a new opponent for UFC 202 after Sean Strickland was ruled out of the bout with a knee injury.

And Queally, a Straight Blast Gym teammate of Conor McGregor, didn't hesitate in offering up his services to Dana White.

END_OF_DOCUMENT_TOKEN_TO_BE_REPLACED

The Dungarvan man was expected to be the latest SBG product to be signed up by the UFC after claiming three straight victories on the European circuit but the call has yet to arrive.

The 8-2 fighter last fought in the 3Arena, when he defeated England's Nathan Jones by unanimous decision at BAMMA 24, and is eager to get his chance on the world stage. 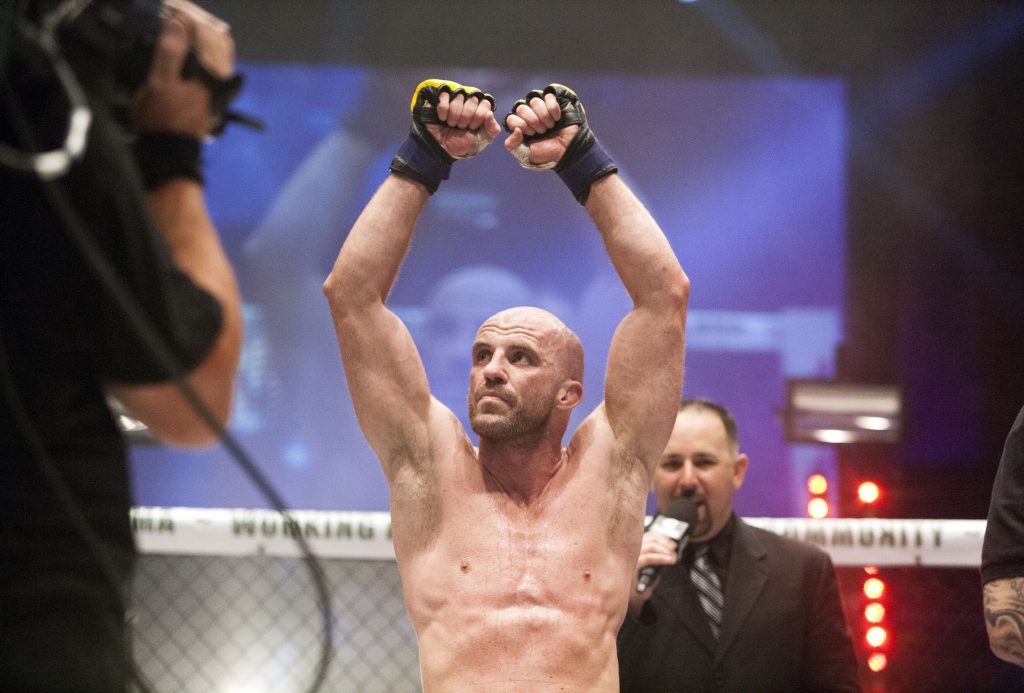 END_OF_DOCUMENT_TOKEN_TO_BE_REPLACED

A promotional bow against Means would be a significant step-up in terms of competition but 'The Showstopper' is confident and wants to get his foot in the door.

Queally is in Las Vegas as part of McGregor's training camp for his rematch with Nate Diaz which acts as the headliner of the August 20 event and, with Artem Lobov also on the card, why not make it a hat-trick of SBG fighters for UFC 202?


popular
World Cup 2022 Day 10: All the major action and talking points
Iran demand action by FIFA after USA team change flag on social media
Canelo Alvarez duped by fake Lionel Messi Instagram post
"I have equal love for football and hurling" - Sheehy set for two Leinster finals in two hours
World Cup 2022 Day Nine: All the major action and talking points
"I appreciate Moycullen now more than ever" - Cooke's American lifestyle from a Moycullen base
GAA JOE Team of the weekend
You may also like
2 months ago
Hasbulla signs five year deal with UFC 'worth more than many fighters'
2 months ago
UFC fighter Elias Theodorou has died, aged just 34
2 months ago
John Kavanagh and Johnny Walker kicked out of T-Mobile Arena during UFC 279 main card
2 months ago
Conor McGregor took exception to one part of Nate Diaz victory speech
2 months ago
Nate Diaz and Tony Ferguson tossed together for UFC 279 main event after wild 24 hours
3 months ago
Your guide to a huge weekend of sport and how to watch it all
Next Page