Jon Jones must have given his driver a night off following UFC 197.

Jones and vehicles have been a match made in hell for a while now. The former light heavyweight champion had his title revoked and was suspended by the UFC for his involvement in a hit-and-run in which a pregnant woman broke her arm and as he was preparing for his highly anticipated UFC return, he was pulled over for suspected drag racing.

However, it appeared as though he finally took the necessary precautions to ensure that the most frustrating hurdle of his career would never become an issue again in the build up to UFC 197. Jones's coach Greg Jackson revealed on the MMA Hour that his fighter had hired a full time driver so that he could focus solely on fighting.

"He's got a driver now so everything should be fine. I just want him to focus on fighting, that's important. The rest of the circus, he should not be distracted by. He's a warrior, he needs to focus on that." 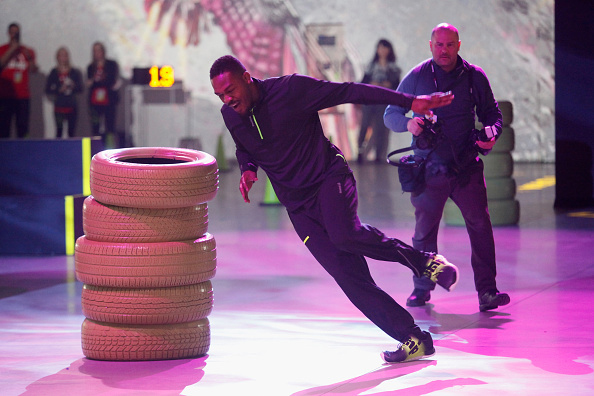 END_OF_DOCUMENT_TOKEN_TO_BE_REPLACED

UFC 197 has come and gone, he defeated Ovince Saint Preux via unanimous to win the interim light heavyweight strap and what's also noteworthy is that he hasn't had any more brushes with the law over traffic violations.

However, Jones uploaded a video of himself behind the wheel and driving erratically around the Vegas strip. Admittedly, the steering wheel was attached to a mobility scooter, but still, has he not learned his lesson?

@limomatt and I having too much fun on the Vegas strip


popular
Rangers legend says he and Roy Keane didn't speak during Man United spell
The coolest customer in hand-ball hoping to carry on the family tradition for Kilkenny
Rhodri Giggs accuses Gary Neville of hypocrisy over Salford sacking
Gary Neville reveals Man United ignored advice to sign Joao Cancelo
FootballJOE's Career Path Quiz: #6
"County football isn't for everyone" - Down captain Barry O'Hagan hits back at criticism
"I think there are only five Kilkenny players who are guaranteed to start on any given day" - Cody's motivational methods
You may also like
1 week ago
Conor McGregor responds to Michael Chandler's callout after UFC 274
2 weeks ago
'All those guys are overpaid' - Dana White slams boxing salaries
3 weeks ago
Francis Ngannou wants a Tyson Fury clause in his new UFC contract
3 weeks ago
Daniel Cormier makes fair point about Dean Barry's UFC debut disqualification
1 month ago
Logan Paul opens door to fighting Paddy Pimblett in the UFC
1 month ago
Curtis Blaydes tells Francis Ngannou to box Tyson Fury or Anthony Joshua
Next Page