It was vintage Chute Boxe!

Rafael dos Anjos' performance against Donald Cerrone was reminiscent of the glory days of Wanderlei Silva and 'Shogun' as he retained his UFC lightweight title under the tutelage of Rafael Cordeiro.

Dos Anjos began his first lightweight title defence quickly, pressuring 'Cowboy' from the outset and began his barrage with a ripping roundhouse kick to Cerrone's body.

END_OF_DOCUMENT_TOKEN_TO_BE_REPLACED

From there, the Brazilian let fly with an onslaught of straight left hands that didn't allow Cerrone the respite required to recover and after 'Cowboy' shot on a desperate takedown, the champion ensured that he'd leave Orlando with his belt as he unloaded with undefended ground and pound, forcing Herb Dean to step in after just 66 seconds.

Conor McGregor, who unified the UFC featherweight title last week, claimed that his next fight would be a lightweight title shot and, if that's true, then this is the next match-up on the horizon for both quick finishers. 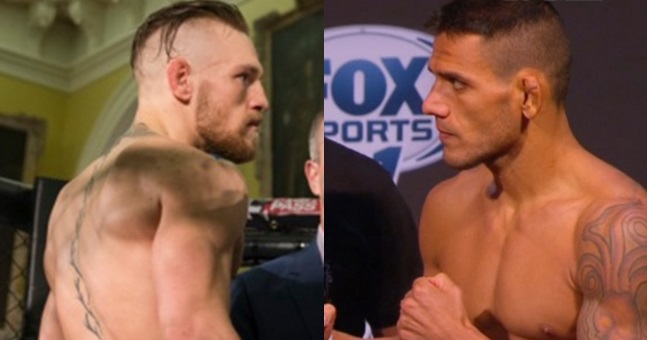