It was the shortest title fight in UFC history so there wasn't an incredible amount to be learned.

The main event of UFC 194 ended as soon as it got started with one Jose Aldo mistake and one Conor McGregor capitalisation.

At just 13 seconds long, there's very little analysis or picking apart of technique that can be done but that doesn't stop people from trying.

Esteemed boxing trainer Freddie Roach has experienced life in both the boxing world and the MMA world. 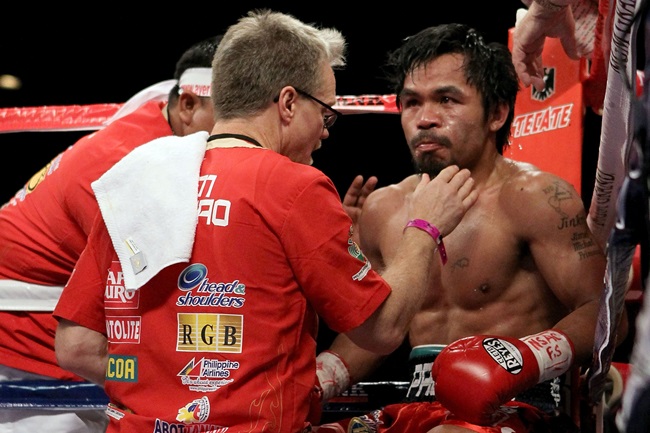 END_OF_DOCUMENT_TOKEN_TO_BE_REPLACED

He's famous for working alongside the likes of Manny Pacquiao, Amir Khan and Oscar de la Hoya but many won't know that he's also trained mixed martial artists such as Andrei Arlovski, Dan Hardy and, most notably, Georges St-Pierre.

And Roach was recently asked to break down the main event of UFC 194 and explain what Aldo did wrong, what McGregor did right and how he viewed the fight through pugilist's eyes. 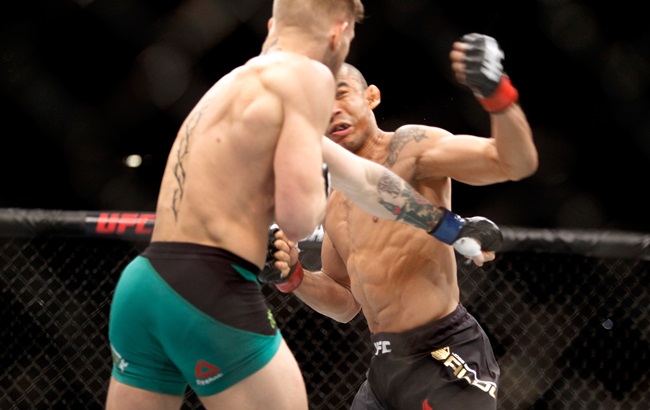 END_OF_DOCUMENT_TOKEN_TO_BE_REPLACED

Roach told FightHub: "The thing was... it was a great step-back because it's like, people say 'don't go back in a straight line.'

"But if a guy follows you in that straight line, then the thing is that it can be very effective.

"So what he (McGregor) did is that he stepped back but he set himself.

"He was in the ready position and as Aldo picked his foot up and came to him, he knocked him out with the shot.

"It's a very common shot in boxing but you teach your fighters not to make that mistake, of course.

"One thing about the stand-up of MMA fighters, they don't have a lot of experience with the stand-up game so much and that proved it right there.

"He (Aldo) just doesn't have a lot of experience with the stand-up game and he walked right into the shot which has happened a couple of times with the Irish boy.

"But he is fun, he's exciting and he can punch!"