For those optimistic fight fans who would jump at the chance to date UFC women's bantamweight champion Ronda Rousey, Big Brown has some advice for you.

UFC heavyweight Brendan Schaub used to date Rowdy but claimed that he was "too much" for her as she prefers yes men.

Speaking on Joe Rogan's podcast on Saturday night, Schaub said: "I did her a favour. I'm not the man for the job." 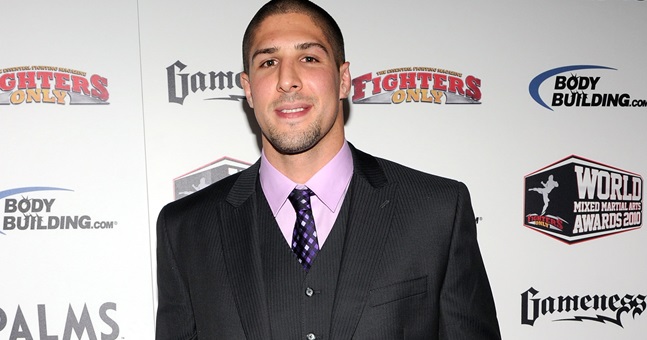 END_OF_DOCUMENT_TOKEN_TO_BE_REPLACED

When Rogan jokingly accused him of not being man enough for the undefeated Rousey, Schaub said that it was the other way around.

Rogan stepped in to put an end to the conversation because Rousey wasn't there to fight her corner and Schaub has never been malicious to his ex but, when they were together, there probably wasn't a more dangerous couple in the world.


popular
Eamon McGee just couldn't help himself with Armagh-melee tweet
Robert Finnerty's strut up to the penalty spot was the stuff of legend
Strongest Ireland team to face New Zealand in Test opener, after squad set-back
Andros Townsend claims 'moaning' Jurgen Klopp has 'got his way again'
Conor Gleeson's gesture to heartbroken Ethan Rafferty a tonic after sideline brawl
Ireland include plenty of new faces in team to face Maori All Blacks
The FootballJOE Pub Quiz: Week 43
You may also like
2 weeks ago
Your guide to a great weekend of sport and how to stream it all
1 month ago
Conor McGregor says he knows his next UFC opponent and fight date
1 month ago
Commentating cage-side, Daniel Cormier missed the UFC knock-out of the year
1 month ago
Conor McGregor responds to Michael Chandler's callout after UFC 274
1 month ago
'All those guys are overpaid' - Dana White slams boxing salaries
2 months ago
Francis Ngannou wants a Tyson Fury clause in his new UFC contract
Next Page