UFC Dublin: SportsJOE picks the winners so you don't have to

No Duffy, no Poirier, no Miocic or Rothwell... But we're still all in with UFC Dublin.

The octagon lands in Dublin for the third time tonight and it'll be the toughest evening yet for Ireland's fighters.

DM: This one's tricky as both lads are pretty much in the same position in terms of their MMA careers but if we take a look at their previous octagon encounters, I think I'd back Holohan.

END_OF_DOCUMENT_TOKEN_TO_BE_REPLACED

Smolka came in with a grappling gameplan against Neil Seery in July and earned a well-deserved decision but Holohan did something similar against Vaughan Lee in Glasgow.

With both fighters proficient on the mat, they could nullify one another and remain standing, where I think Holohan is superior.

Smolka flourishes with traditional, predictable fighters and Holohan's certainly not that. It won't be dominant but I'm backing the home fans to get The Hooligan over the line. Holohan via decision

BK: This is a strange fight. Both fighters are probably good enough to be in the top 15, so a win would be a big scalp even if it doesn't look it on paper.

END_OF_DOCUMENT_TOKEN_TO_BE_REPLACED

Smolka put on a grappling masterclass against Neil Seery at UFC 189 and out-worked the veteran over three rounds. On the ground, Smolka is sublime, but Holohan has a pretty crafty jiu-jitsu game as well.

Both fighters are so similar in terms of their style, their skill-set, their physique, their records and where they are in their careers. This is a real toss-up but I expect Paddy will be so fired up after coming from bottom of the prelims on last year's event to being the headline act. The impassioned Irish support might sway it in favour of the Hooligan but I expect it to be a close fight. Holohan via decision 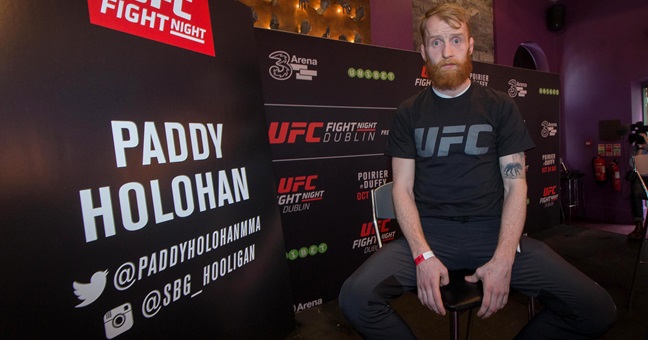 DM: Whatever happens, it's going to be scary.

Parke v Madadi definitely has the most animosity of any fight on the card and it's tough to predict the result considering the unknowns at play.

Madadi hasn't fought in two years and Parke has looked a world away from his best in his set of defeats this year.

Not to sound redundant but, again, the Irish crowd will play a huge part in this especially if it goes the distance.

Apart from Paddy Holohan, Parke got the best reception at the weigh-ins and he is tremendously well rounded. Madadi's dangerous so it could go his way but Parke is much more technical and technique trumps furious tenacity all of the time (most of the time). Parke via decision

BK: Reza Madadi has been on the couch for 14 months. Unfortunately for Parke that couch was in a Swedish prison where he was serving 14 months for aggravated robbery. Before that, he was choking out Michael Johnson.

Parke will make a fight out of this, regardless of whether Madadi's on top form or not. Judging by the support he had at the weigh-ins, Stormin will have the crowd behind him. I think he's got the skills to handle Madadi, just not if the Iranian has turned into even more of a monster since his stint in the slammer. Parke via decision

DM: Someone's 0 has to go! Is there anything more fun to say in MMA?

Oddly, Dalby was more highly touted ahead of his UFC debut than Till was but it was the Englishman who absolutely stole the headlines with his knockout of Wendell de Oliveira in May while Dalby looked a little bit sluggish and disinterested in his promotional debut.

Till is a monster on the feet and from what I've seen from him in his pre-UFC career, he should be much more favoured than the bookmakers odds of 20/23 would lead you to believe. Till via KO (round one)

Don't get me wrong, Dalby's an extremely talent fighter, but Till might be that English champion in the making that the UFC's been trying to find for years. Till via TKO (round two)

DM: Delos Reyes will be looking towards the struggles that Seery had with Louis Smolka on the mat as a source of optimism for this fight but I don't think the Guam native is as solid on the mat as Smolka is.

Seery should be able to keep this on the feet and he possesses some of the greatest boxing in the flyweight division. I see him picking away at delos Reyes from the pocket and not really encountering too much trouble en route to a unanimous decision victory. Seery via decision

BK: Seery's more well-rounded and his elite level scrambling should see him avoid any submission attempts. Reyes already admitted he'll be willing to stand and bang with the heavy-handed Dubliner, so this could well be the Fight of the Night. Seery via decision

DM: I was one of those hype believers that reckoned Ericka Almeida would take the UFC's strawweight division by storm but Juliana de Lima went and shut me up.

Aisling Daly may not have a BJJ black belt but she should be better than Almeida on the mat. The Brazilian has a tendency to pull guard and hope that her opponents fall into submissions but Daly is too cerebral and, according to reports, she's had the best training camp of her life. Daly via decision

BK: Daly's fired up for this after being snubbed for the Dublin event last year. She'll draw inspiration from the crowd who will undoubtedly be electric when the Bash walks out into the Octagon in her hometown for the first time. It's hard to back against Daly in this fight. Daly via decision 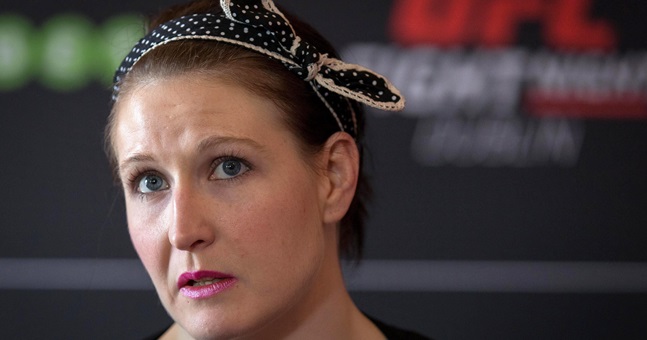 DM: I hope I'm wrong but I fear for Pendred here. He won't have let all the criticism of his striking faze his confidence but Tom Breese is an absolute beast everywhere.

Pendred has adopted an always-come-forward style that lends itself quite well to decisions but Breese has the perfect style to counteract that.

And if Pendred does take the fight to the mat, Breese is pretty phenomenal with scrambles and submissions. Please let me be wrong but... Breese via submission (round two)

BK: There's nothing that would make me happier than if Pendred lived up to his own view of himself, showed off an improved striking game, out-worked the rising British welterweight and proves that he's used his time rolling with the likes of McGregor and Gunni to improve his ground game.

However, Breese is an absolute killer. This kid eats, sleeps and breathes fighting and it's difficult to see any area where Pendred is better, apart from maybe grit and heart. Breese via TKO (round two)