UFC 205 misses out on another big fight

The PPV will definitely sell out Madison Square and attract a lot of press coverage. It will have a stacked card, at least two title fights and plenty of home-town favourites.

It is also part of the promotion's triumphant return to New York and the [American] east coast time-slot should be kinder to European audiences.

All that being said, we are less than two months out and much of the recent news seems to concern fights that won't happen.

We have already lost a potential classic between Robbie Lawler and Donald Cerrone after Ruthless pulled the rug out.

END_OF_DOCUMENT_TOKEN_TO_BE_REPLACED

Dana White has conceded Ronda Rousey will not return at UFC 205, nor will Georges St-Pierre, who appears to be holding out for Toronto in December. Jon Jones has also let fans know, via Twitter, it is unlikely he will be back in the octagon this side of Christmas.

Cormier and Anthony Johnson agreed to face off after UFC 202. Rumble had just wiped the floor with Glover Teixeira to fling himself right into the title picture. 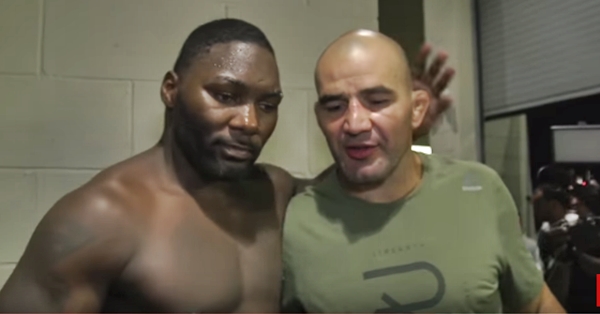 Speaking on Monday's MMA Hour, Alexander Gustafsson conceded that Johnson has the best case to test Cormier's will next. We may have to wait a while longer for that to happen. Cormier told Brian Stann on Toe-2-Toe:

"At this point [UFC 205] is not being discussed. Honestly, that window is gone for me.

"I need like 10 to 12 weeks because I enjoy my time away from the octagon.

"I hang with my family, we go on vacation, we do fun things and I tend to eat quite a bit when I'm on vacation...So that time for me is gone. I couldn't compete to the best of my ability in New York. I wouldn't be comfortable taking a fight there."

As for the notion - put forward by UFC president Dana White - that Johnson could go through Jones (in early 2017) before getting a shot at Cormier, the champ was having none of it.

"Take that freakin' [interim] belt off of Jones. That's stupid.

"I hope to God Dana misspoke, because that makes absolutely no sense."

He has a point. He does not yet have a fight.

Looks like the stars are aligning for Conor McGregor to headline in a feather/lightweight title bout. Take your pick which one.

Listen to The GAA Hour live in Castlebar with Brendan Devenney, James Horan, and Pillar Caffrey. Subscribe here on iTunes.