UFC 187 - SportsJOE picks the winners so you don't have to

The last time we saw two title fights on the same card, both belts changed hands when Joanna Jędrzejczyk and Rafael dos Anjos both came out on top in March.

Whatever happens on Saturday night, we're guaranteed at least one new champion as Jon Jones' stripped light heavyweight belt will be strapped around the waist of either Anthony Johnson or Daniel Cormier.

Whether or not we'll see a new middleweight champion is yet to be known as we wait to see how challenger Vitor Belfort performs now that he's off TRT.

Our MMA writers for fight picking looks like this thus far.

END_OF_DOCUMENT_TOKEN_TO_BE_REPLACED

We all know the strengths of both fighters. Johnson's monstrous striking game means he can knock out anyone on his day, and Cormier is among the best wrestlers in the promotion, plus he packs a pretty mean punch too.

While Cormier has faced heavy hitters before in the form of Roy Nelson and Dan Henderson, he has never fought anyone who has the perfect balance of knockout power and stellar footwork that Rumble possesses.

If Cormier can nullify Johnson's striking with his grappling and utilise it to wear his energy down, then he should grind his way to a decision. However, Rumble has a habit of landing the big shots early and getting the upset. Johnson via KO (round 2)

END_OF_DOCUMENT_TOKEN_TO_BE_REPLACED

DM: Difficult to tell how the somewhat last-minute schedule change will affect both fighters.

Cormier's next fight was scheduled to be Ryan Bader next month and Johnson was set for a monster clash with Jon Jones so both guys are facing entirely different prospects.

This fight will probably be decided in the first round and a half as we get a sense of how well Daniel Cormier can keep himself protected from Johnson's wild striking.

If DC can weather the early onslaught then he should have enough to grind Rumble out for the remainder of the fight. Cormier has faced heavy-handed fighters before such as Roy Nelson, Soa Palelei and Dan Henderson and he came through all of those unscathed.

I think he's the better wrestler than Phil Davis and he can actually take Johnson down, which Davis couldn't do, and grapple his way to a decision. Cormier via decision 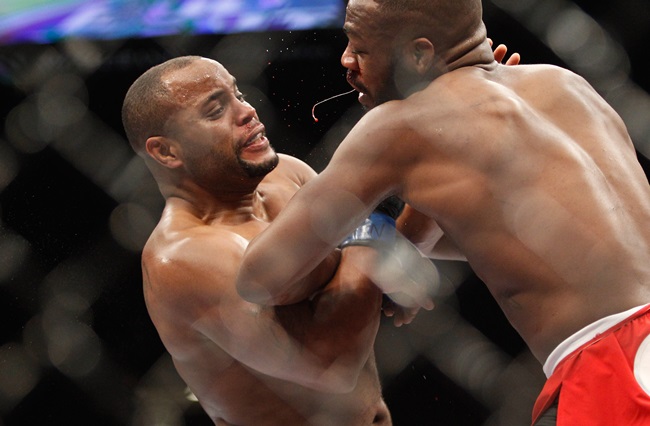 BK:  Sure Belfort has amassed an amazing highlight reel of knockouts throughout his career, but every win now has that niggling asterisk beside it because he was essentially working the system.

This really boils down to whether Belfort without TRT is as devastating as the fresh, supposedly clean, Belfort 2.0. If you believe Weidman, he's still resorting to underhanded tactics to boost his testosterone levels, so we may not even see a noticeable change.

Either way, I think Weidman has proven that he is a great champion with his defences against Silva and Machida, and he's just too damn good at every aspect of the game to lose this fight. A win over Belfort should see him finally get the respect he deserves as belt-holder. Weidman via decision

DM: It astounds me how Chris Weidman isn't the biggest star in the UFC.

He's the only male champion who's undefeated in the promotion right now. Weidman's good-looking, well-spoken and has that family-guy persona that should be met with more popularity than he's currently getting.

But Vitor's no punk. The only guys he's lost to in the last eight years are two of the greatest of all time in Jon Jones and Anderson Silva.

But that was Vitor on TRT and I don't think he has the arsenal to cope with Weidman's well-rounded game.

Weidman had the striking to get past Anderson Silva and Lyoto Machida so shouldn't struggle with Belfort and he's by far the better wrestler than the Brazilian. Weidman via decision

BK: Makdessi ain't no Khabib. Add to this the fact that he fought what seems like five minutes ago at UFC 186, it should be an easy nights work for Cowboy.

Makdessi is a solid fighter, but that's about it. He's nowhere near Myles Jury's or Eddie Alvarez's level, and Cerrone made bouts look easy. I'd be shocked if Cerrone doesn't walk away with the win.

This should give him plenty of recovery time so he can go base-jumping off the Empire State building, arm-wrestle Vladimir Putin or whatever adrenaline-filled activities he has planned to tide him over until his title fight against RDA. Cerrone via TKO (round 1)

DM: Finally a fight that won't be close.

Donald Cerrone was preparing for the challenge of Khabib Nurmagomedov which is a far more daunting task than the one that now faces him on Saturday evening.

Cowboy is currently riding a seven-fight win streak against some top level guys like Benson Henderson, Myles Jury and Eddie Alvarez while Makdessi has fought nowhere near that standard of fighters.

The Bull isn't exactly a pushover though but Cerrone is never one to take a fighter lightly. He'll dominate the Muay Thai and will likely steamroll Makdessi. Cerrone via TKO (round 2)

BK: Chael knows, and he predicted a win for Browne. Who am I to say otherwise?

He's a better striker, he probably won't get taken down and he doesn't have 100 miles on the odometer like Silva or have Schaub's glass jaw. Browne via decision

DM: Andrei Arlovski has enjoyed a Rumble-esque career renaissance but Travis Browne is quite simply the better fighter here.

He's the longer fighter and he 100% has the more technical boxing and superior takedowns.

At heavyweight, you can never rule out an upset knockout but I reckon Browne is reliable enough to get the job done with either a slicing elbow or deceptive uppercut. Browne via TKO (round 1) 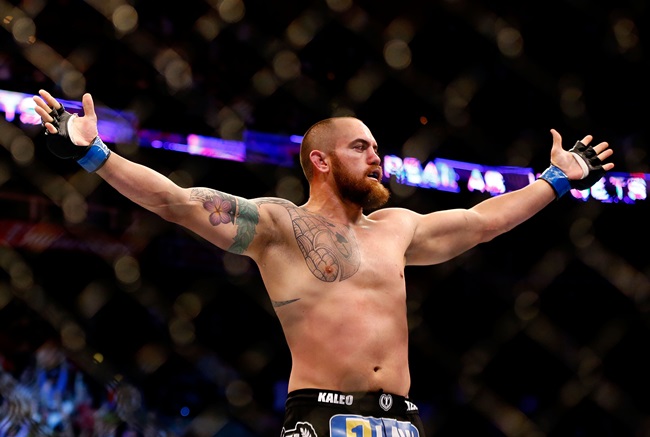 Flyweight fighters' heightened speed and athleticism always make for an exciting fight, and I can't see this one being any different.

DM: Why it's not Benavidez v Dodson, I'll never know. With The Magician fighting at this event anyway, that bout would have made a lot more sense than this but whatever, I'll pick regardless.

Benavidez, like teammate Urijah Faber, is always going to be that guy who is just under the level of champion.

For me, Benavidez takes this just based on athleticism and submission prowess. I reckon that Moraga, as good as he is, might get carried away with the fact that he's on the back of two submission victories and try the same against Benavidez. If he does that, he's in for a rude awakening because the Alpha Male product has some of the nastiest BJJ in the division. Benavidez via decision 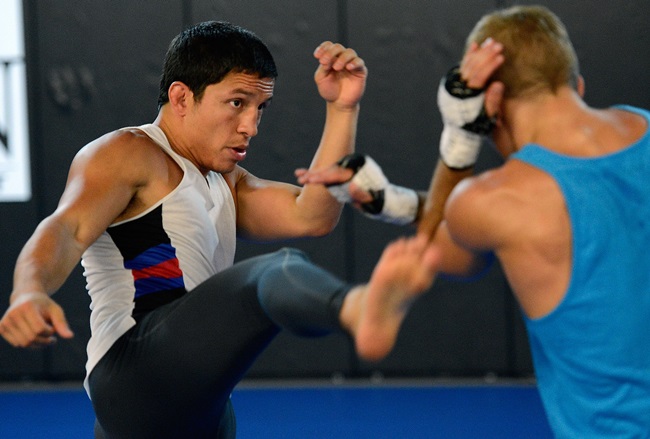