UFC 184: SportsJOE picks the winners so you don't have to

After their wonderfully woeful showing at Fight Night 61, their records look like this: 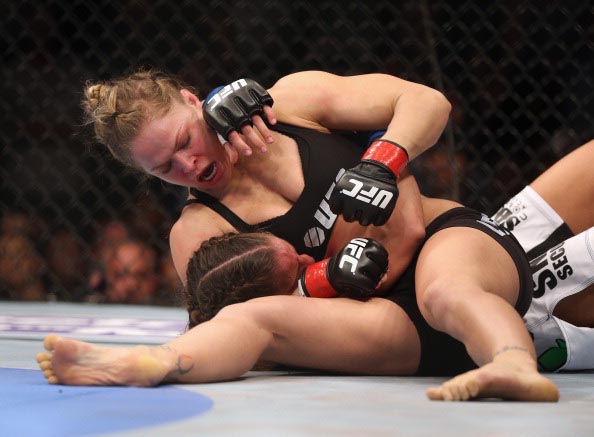 DM: My confidence has been rattled since last week's shocker but there's nothing like a Ronda Rousey to sort that out.

END_OF_DOCUMENT_TOKEN_TO_BE_REPLACED

I think going against a Ronda Rousey first round armbar would be a foolish thing to do. That's not to say Cat Zingano isn't a threat, you don't reach 9-0 without some modicum of talent.

That being said, Ronda Rousey is on that greatest-of-all-time level of grappling, plus her striking looked to have come on leaps and bounds against Alexis Davis.

"Rowdy" is on a different planet and I don't think she is in any danger of losing her undefeated streak any time soon. I see Zingano rushing in trying to test Rousey's chin early before being thrown to the floor like a rag-doll and geting her arm hyper-extended. Rousey via armbar (Round 1).

BK: It is always an intriguing prospect when two undefeated fighters step inside the Octagon together. However, this bout doesn't have as much hype surrounding it as it probably deserves, mainly due to the fact that Rousey appears to be unbeatable inside the Cage.

END_OF_DOCUMENT_TOKEN_TO_BE_REPLACED

Rousey has been lethal since removing her Judogi and entering the world of mixed martial arts. With an unprecedented 100% finish rate which includes dominant wins over elite level competitors such as Miesha Tate and Sara McMann, it does't look like the Rousey train is coming to a halt any time soon.

Zingano's strength, stellar ground game and powerful striking could potentially give Rousey the toughest test of her career. However, it's difficult to back against the Olympic bronze medalist considering what she already done to similar competition. Rousey via submission (Round 2) 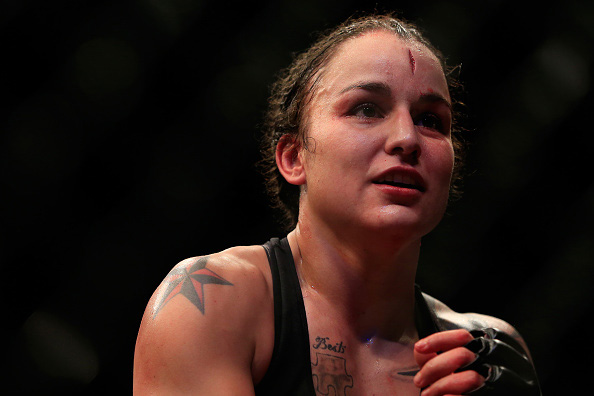 DM: You'd be forgiven for forgetting that Holly Holm was an actual fighter rather than just a lengthy promise from Dana White but the day has finally arrived.

I don't truly see this being too competitive either if I'm honest. Holly Holm is hands-down the more skilful striker and she's going to absolutely light up the TUF 18 vet.

The only hope for Pennington is to close the distance and try to dirty-box her way to a decision but Holm is good enough on her feet to prevent this, find her range and land a trademark high kick to the jaw of "Rocky" and setting up a shot at Rousey's bantamweight strap. Holm via TKO (round 2).

BK: After what seems like aeons of waiting, fight fans will finally get to bear witness to Holly Holm's UFC debut in the Staples Center this weekend.

In a division with a noticeable dearth of contenders, the promotion's big wigs have been eyeing up the former boxing champion as a potential challenger for superstar Rousey. With six of her seven MMA wins coming by way of knockout, it seems like Holm could provide the champ with an adequate test.

Pennington is a tough grinder who thrives when she is involved in all-out wars. She'll try to clinch and utilise her dirty boxing to frustrate Holm but I think "The Preacher's Daughter" is going to deliver one hell of a holy haymaker and end this contest early. Holm via KO (Round 3) 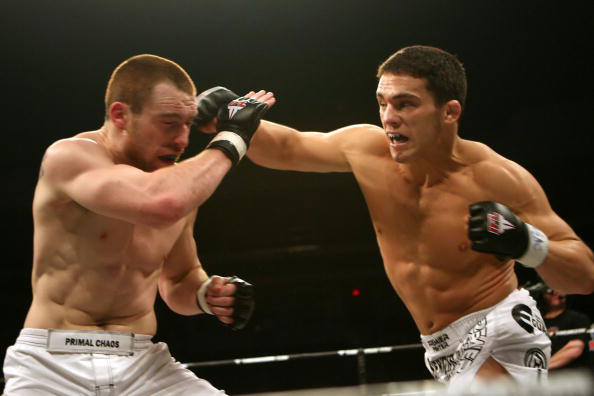 DM: I thought that this was going to be a battle of two has-beens in their late 30s but was surprised to learn that Jake Ellenberger is still just 29. I was pretty bang-on about Josh Koscheck though.

Both fighters are former welterweight contenders but neither has won in two years so it truly is a case of "win, or you're off to Bellator."

I just think that it's still possible or Ellenberger to turn things around in his career, he's got a wealth of experience but is still eight years younger than "Kos".

Calling Koscheck's chin questionable would be kind. It's quite simply non-existent these days. I think Josh will initiate the clinch but find himself overpowered by "The Juggernaut" who will fire a knee up the middle and finish off the TUF 1 product. Ellenberger via TKO (round 1)

BK: A few years ago this bout could have been a title eliminator, but both fighters' recent form inside the cage means that it's reduced to a "fight for your future" bout. Ellenberger and Koscheck are both riding three-fight losing skids, and will be desperately seeking a victory to get back up at the business end of the 170 lb division.

Koscheck has been out of action since 2013, which gave him ample time to rectify the holes in his game. Be under no illusion though, despite his recent poor performances, Ellenberger is still an absolute murderer inside the Octagon. He trumps Koshcheck in the power department and that could be the key factor in this bout. Ellenberger via KO (Round 1) 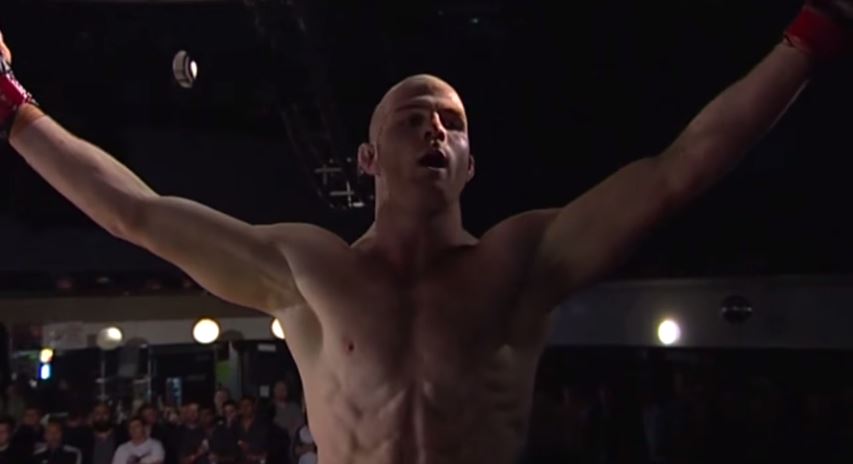 DM: Both guys could take this one but, when in doubt, plump for technique.

Jouban is easily the more technical Muay Thai practitioner and will pick away at the glaring defensive frailties in the aggressive Walsh.

Banking on this to be FOTN and see Jouban taking the split decision. Jouban by decision.

BK: Walsh didn't look up to much in his promotional debut, losing a split decision to Kiichi Kunimoto. Wheras Jouban has showed a lot more promise during his time in the world's largest MMA promotion.

Jouban burst onto the scene with a phenomenal first round KO over UFC veteran Seth Baczynski. Despite losing a unanimous decision to up and comer Warlley Alves in his last trip to the Octagon, Jouban still looks like the more exciting prospect in this match-up. Jouban by decision

DM: Both Ferguson and Tibau have really made the lightweight division sit up and take notice by their victories over big-name fighters Abel Trujillo and Norman Parke.

I still fancy "El Cucuy" as a future contender and see this being his platform to break into the top 15.

He's 100% got the striking advantage and his grappling is very underrated. He works with Eddie Bravo and has a nasty guard so even if he does get taken down by the stronger Tibau, I don't think it will be comfortable for the Brazilian.

Tibau will probably take the first round before he fatigues in the second and third and get counter-punched to a Ferguson victory. Ferguson by decision.

BK: Both these fighters are riding hot streaks coming into this bout. Ferguson enters off the back of four consecutive wins while Tibau has tasted victory in his last three fights.

Ferguson is an immense talent and has transmogrified into a bit of a dark horse in the densely populated lightweight division. His incredible reach and polished striking means that he is a difficult match-up for the vast majority of the 155 lb division.

However, I think that the superior experience of Tibau will be enough to extinguish this rising star. The Brazilian is arguably the best grappler in the division and if he can close the gap on Ferguson, he should be able to wrestle his way to victory. Tibau by decision


popular
The four stone-cold certainties for All-Stars even as early as this
"He's actually smiling putting the ball over the bar. He should nearly be fainting." - Ryall on Limerick's legacy
"The economy was one of the big reasons" - Cadogan's move from an electrician to personal training
Eamon McGee just couldn't help himself with Armagh-melee tweet
Gavin Coombes one of four Irish players to push themselves into Test picture
Full Ireland player ratings after Maori All Blacks teach us an early lesson
'Does not look too good' - Andy Farrell offers worrying injury update on Cian Healy and James Hume
You may also like
1 month ago
Conor McGregor says he knows his next UFC opponent and fight date
1 month ago
Commentating cage-side, Daniel Cormier missed the UFC knock-out of the year
1 month ago
Conor McGregor responds to Michael Chandler's callout after UFC 274
1 month ago
'All those guys are overpaid' - Dana White slams boxing salaries
2 months ago
Francis Ngannou wants a Tyson Fury clause in his new UFC contract
2 months ago
Daniel Cormier makes fair point about Dean Barry's UFC debut disqualification
Next Page