With both Urijah Faber and Michael Bisping getting perhaps their last chance at becoming UFC champion at 199, we're taking a look at the top 10 fighters to never capture the promotion's top prize.

First off, let's just lay out the conditions.

This is not a list of the most talented fighters that never became champion. We're focusing on athletes who had golden opportunities to win a UFC title, but for one reason or another, failed to seize them.

This is also specific to the UFC. Some of these fighters will have been champions in other organisations, but never managed to capture the strap in the world's largest MMA promotion. Interim champions have also been excluded.

END_OF_DOCUMENT_TOKEN_TO_BE_REPLACED

The Count will be getting his first crack at a UFC belt against Luke Rockhold in the wee hours of Sunday morning after 25 bouts in almost a decade with the promotion.

For a long time, the Brit was on the cusp of getting his title shot, but has always fallen short in title eliminator bouts.

In 2012, he lost a narrow decision to Chael Sonnen, who went on to fight Anderson Silva for the middleweight crown in his next trip to the Octagon. However, his first title run ended in more devastating fashion when Dan Henderson switched off his lights with a patented H-Bomb from hell, which he followed up with a crushing flying punch on the ground that he admitted after was just to shut him up.

END_OF_DOCUMENT_TOKEN_TO_BE_REPLACED

The American Gangster was just under two minutes away from dethroning the great Anderson Silva at UFC 117. After handing who many considered to be the greatest fighter in the sport at the time one hell of an ass-whooping over five rounds, Sonnen made a crucial error in the final stanza and allowed the Spider to force the tap with an arm triangle choke.

In hindsight, it probably wouldn't have made much of a difference if Chael had survived until the final bell as he tested positive for elevated testosterone levels in a post-fight drug test. Also, his rematch against Silva at UFC 148 wasn't nearly as close with the Brazilian scoring a TKO win in the second round.

The same can be said for his light heavyweight title fight against Jon Jones which resulted in a TKO loss in the first round. However, Sonnen can always lay claim to the fact that he broke Bones' toe... albeit by eating a kick.

Nate's older brother made the list? I'm not surprised, motherfuckers.

The Stockton native built up such a cult during his time in Strikeforce that some fans genuinely believed he was the best welterweight in the world. As we all know, this wasn't the case as there was a certain 170 lber by the name of Georges St-Pierre who laid claim to that title. 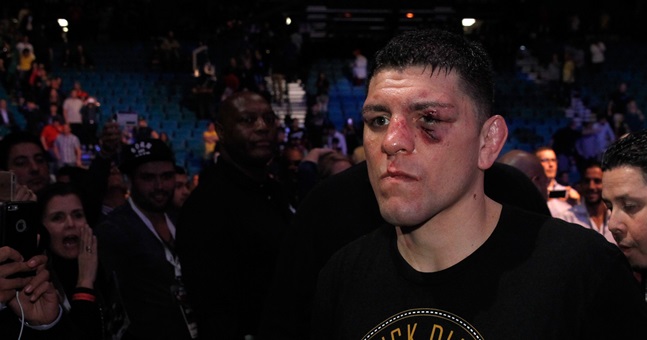 Mendes has come up short in all three of his UFC title fights. For his first one against Jose Aldo, even he has admitted since came too soon with Scarface knocking him out with a brutal knee to the dome after the American concerted too much of his efforts trying to secure a takedown in the first round.

His second chance against Aldo was up there with the greatest featherweight duels in the history of the division, a five round strike-fest that saw both fighters rocked several times, but through sheer grit and heart, they managed to stay standing until the final bell.

And we all know what happened in his interim title fight at UFC 189.

Another fighter who we'll see at UFC 199, but at 87-years-young (at least in MMA years), he's unlikely to be fighting for that coveted golden strap ever again.

Hendo has held belts in Strikeforce and Pride, but the big 'un in the UFC has always eluded him. He lost both his title fights in the big leagues to Rampage Jackson and Anderson Silva respectively. He had another one booked against Jon Jones in 2012, but after rupturing his MCL, the fight, along with their entire card was scrapped. 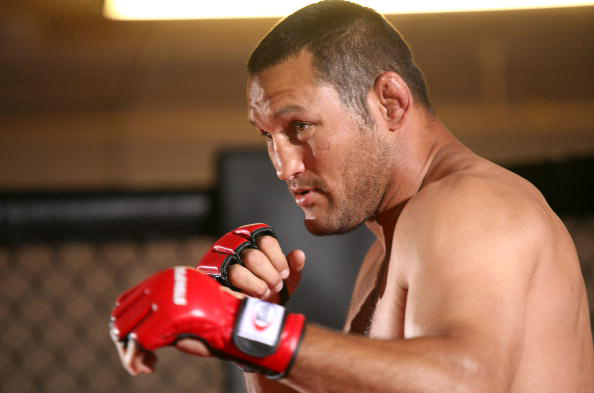 The Mauler has lost two title fights and a title eliminator bout in his UFC career and probably would have been 205 lb king if the division didn't contain three of the most talented fighters in the sport - Jon Jones, Daniel Cormier and Anthony Johnson.

Some people still believe the Swede had done enough against Jones to earn the nod from the judges at UFC 165, despite the fact that Bones outlanded him and matched him for takedowns in the fight. However, he does hold the honour of being the first man in the UFC to take Jones down to the mat, which is no mean feat.

With three title fight losses and one title eliminator defeat on his record, K-Flo seems to be a victim of reaching his peak in an era where some of the toughest champions in the world were at the top.

He lost to Sean Sherk for the vacant lightweight title, was submitted by BJ Penn at his terrifying best and his swansong came against Aldo when the Brazilian was still thought to be an invincible champ. Throw in a title eliminator loss to an undefeated Gray Maynard who had been tearing up the 155 lb division, and you can't help but feel for Florian. 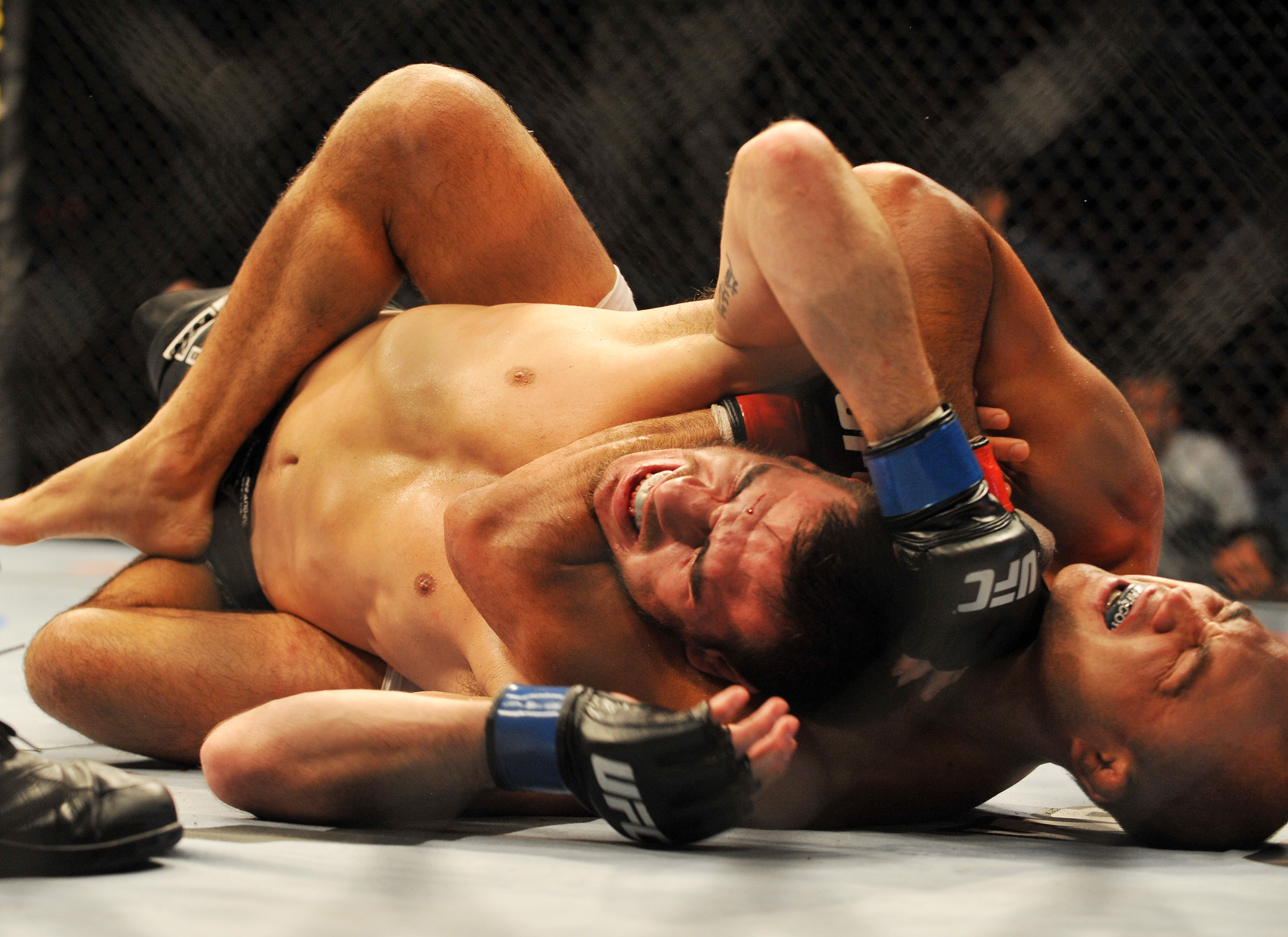 The California Kid has five losses on his professional record, with all of them coming in either title fights or to fighters who had previously held a UFC belt.

The former WEC king came up short against Dominick Cruz and Renan Barao (twice) for the bantamweight division's biggest prize and was promised a crack at the featherweight belt if he had beaten Frankie Edgar in Manilla.

Unfortunately for the Answer, the dominant win wasn't enough to convince the brass that he was worthy of it, yet Faber finds himself with another 135 lb title fight off the back of a lacklustre win against Frankie Saenz. Sometimes life just isn't fair.

Putting a guy who has only had one UFC title fight this far up the list may seem like an odd decision, but not when you look at some of the talent he has beaten.

If someone other than GSP held the belt when Shields got his chance, he may very well have had it wrapped around his waist at some point.

Benavidez has four losses on his record - two to Demetrious Johnson, two to Dominick Cruz. Both of  these fighters are in contention for being the P4P greatest fighter in the sport and they've already secured their place as future Hall-of Famers.

If it wasn't for Mighty Mouse, Benavidez almost definitely would have been the flyweight champion.