Tony Bellew has always been confident of his takedown defence.

When asked last year if he would consider a mixed martial arts showdown with fellow Brit and former UFC middleweight champion Michael Bisping, Bellew responded with a resounding "yes."

And while Bisping has since hung up his gloves, 'The Bomber' is still toying with the idea of trying his hand at MMA before he walks away from combat sports for good.

The Liverpool fighter is set to retire from boxing this weekend, whatever the outcome of his cruiserweight world title challenge against pound-for-pound great Oleksandr Usyk but that doesn't mean he's done fighting.

"Could I see myself doing anything in that world [mixed martial arts], that realm? Yeah. Cause I love it so much," Bellew told Oddschecker. 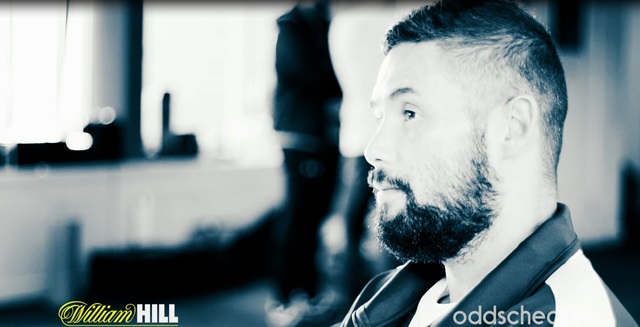 "I must admit I do love MMA, I do love the UFC and the way they’ve built it – it’s a fantastic brand. Dana White has done an unbelievable job growing the UFC to what he has.

"It’s now a billion dollar organisation, it was bought for over four billion by IMG, and they’re a mega organisation.

"That’s all down to Dana White and the Fertitta brothers."

Bellew, who twice bested fierce rival David Haye, is a considerable underdog for Saturday night's clash in Manchester but if we've learned anything from his career, it's to never write off the self-proclaimed "fat Scouser."

All good Tony. People twist things. But for the record, after gsp, I'm down to have a boxing match with you 100 percent. 👊

At 35, Bellew is content to walk away from boxing but continues to hint at a desire to test the waters in another form of competition.

"I’m retiring from ‘boxing’ on November 10. What happens after that? I don’t know."


popular
Conor McGregor bought out of Proper 12 whiskey company
QUIZ: How well do you remember the 2010 World Cup?
"It is very easy to put a nail in a fella’s coffin and kick a fella when he is down" - Ted Walsh
Ruby Walsh "angry and embarrassed" as Elliott apologises for "moment of madness"
Ugo Monye's Lions XV features two Ireland players and Welsh captain
The SportsJOE 12 o'clock quiz | Day 311
"There would be a boot in the sink, a dish there, a toothbrush under the bed!"
You may also like
2 weeks ago
Dana White has settled on a contentious next fight for Conor McGregor
1 month ago
"This man ain't ready for Nurmagomedov. He ain't ready!'"
1 month ago
Conor McGregor wants immediate Dustin Poirier rematch, for UFC title
1 month ago
Daniel Cormier defends immediate reaction to shock Conor McGregor loss
1 month ago
McGregor admits shout from Dustin Poirier's corner got inside his head
1 month ago
Khabib Nurmagomedov perfectly predicted how Poirier would defeat McGregor
Next Page