The former UFC middleweight champion was forced to pull out of his title rematch on Tuesday.

Chris Weidman sank every piece of himself into efforts to retain a belt he sensationally won in 2013.

The New Yorker lost his belt to Luke Rockhold at UFC 194 having looked comfortable in the opening rounds. An ill-advised wheel kick saw Rockhold pounce and not let up until the bout was stopped in the final round.

The pair had sparred verbally for the past few months and their rematch, at June 4's UFC 199, was highly anticipated. That is all out the door now after Weidman was forced to withdraw with a serious neck injury.

Not another withdrawal #UFC199 https://t.co/opcR1zaAkW

The 31-year-old took to Facebook to reveal the true extent of his injury and detail the efforts he went through to face Rockhold again. 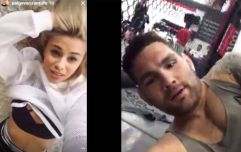 If you thought Paige VanZant's ad was suggestive, wait until you see Chris Weidman's

END_OF_DOCUMENT_TOKEN_TO_BE_REPLACED

The former college wrestler felt a stiffness in his neck, last Thursday, but put it down to wear and tear. Two days later and he was in severe pain. An MRI scan revealed an 'extrusion herniation' or bulging disk in his neck.

Still, Weidman was keen to fight. 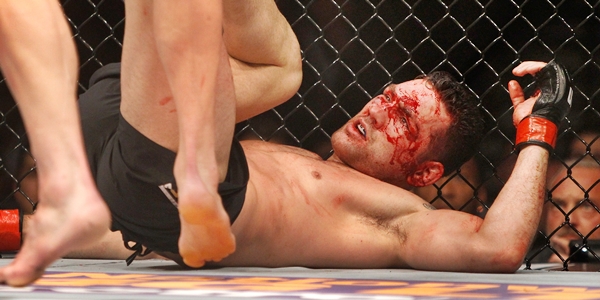 Having heard about epidurals - commonly used as an anesthetic for women giving birth - blocking nerve pain, Weidman requested that. He was told there was little chance of it working but felt it was worth the risk. Weidman takes up the tale:

'After finally getting the epidural, nothing changed. During this time I couldn't sleep or get through any regular-day activity with the pain I was experiencing. I actually felt my best when I was working out but I couldn't survive throughout the day and night without painkillers and other medication to try to block nerve pain.

'I had another epidural scheduled for this Thursday but the doctors said again that it most likely wouldn't make a difference.

'I still planned on fighting until [Tuesday] when my coaches and loved ones really just put their foot down. The people I trusted most were not behind me fighting and pushing through.' 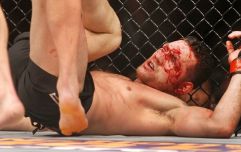 END_OF_DOCUMENT_TOKEN_TO_BE_REPLACED

Weidman is now scheduled for surgery. The options for his herniated disc are removal or fusing it with another.

His hope is to be able to return in time to get, and make, a fight at the UFC's return to New York in November of this year. There may also be help from a man who has been through some major neck issues of his own:

Chris, give me a follow. I can help you at with the neck situation. Prayers are with You

Kurt Angle broke four vertebrae in his neck, in the lead-up to the 1996 Olympics, but found a physician to clear him and went on to win gold.

Angle is a big MMA fan and often provides insights to Bellator fights. There has been talk of an MMA debut but, at 49, Angle may have missed the boat by a clear decade.


popular
Sean Dyche set to be named Everton manager after Marcelo Bielsa talks break down
Roy Keane flatly rejects longstanding perception of ex-Man United midfielder Paul Ince
Allianz National Football League Round 1: All the action and talking points
Roy Keane leaves ITV pundits in stitches after Pep Guardiola's pre-match interview
Conor McGregor hit by car ‘at full speed’ while cycling
Study shows rugby positions you are most/least likely to be injured playing
Ryan Reynolds makes Premier League promise to Wrexham supporters
You may also like
5 years ago
Joe Rogan wholeheartedly defends the easiest guy to blame for UFC 210's biggest controversy
5 years ago
One of the most bizarre finishes to a fight condemns Chris Weidman to third consecutive defeat
5 years ago
Incredibly ripped Chris Weidman in the shape of his life ahead of UFC 210
6 years ago
BREAKING: UFC 210 gets its first fight and it is a clinker
6 years ago
WATCH: Yoel Romero suspended for his celebration following brutal Chris Weidman knockout
6 years ago
Brian Stann calls out Yoel Romero for repeated rule-bending inside the Octagon
Next Page