James Gallagher is gearing up for a world title eliminator fight in only his eight professional outing this Friday night in South Dakota.

The Strabanimal is currently 7-0, but is coming off the back of a lengthy lay-off.

A knee injury ruled him out of his first headliner fight at Bellator 187 in Dublin, following on from this he injured his hand and again was forced out of a headline bout, this time at Bellator 196.

So the Tyrone man will be itching to go this weekend in Sioux Falls. A win should guarantee Gallagher a crack at the Bellator bantamweight title. At only 21-year-old he could become one of the youngest world champions in MMA history. 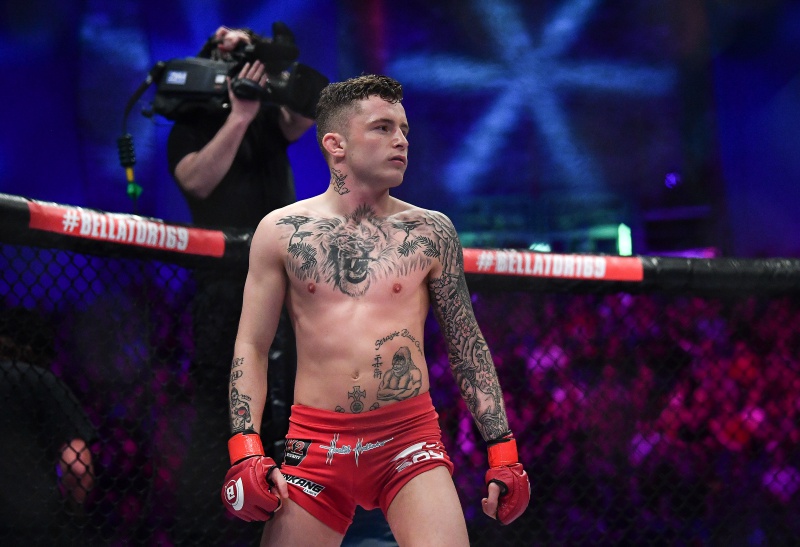 The youngster's meteoric rise is similar to that of his SBG team mate Conor McGregor.

Ahead of his fight this weekend Gallagher spoke to MMA Junkie. When asked about his team mates upcoming fight with Khabib Nurmagomedov, The Strabanimal gave a bold prediction.

"He’s going to get stiffened in about a minute and a half." Said Gallagher.

Gallagher of course is going to be biased given his close relationship with the Notorious. However, he feels that Khabib is going to make a mistake rushing in for a take-down, and that will give McGregor the opening he needs.

"He’s going to rush in and try to get a hold of Conor," Gallagher said.

He continued, "You can’t fire sloppy shots to try to close the distance. He’ll take one clean shot on the chin, and he’ll hit the floor." 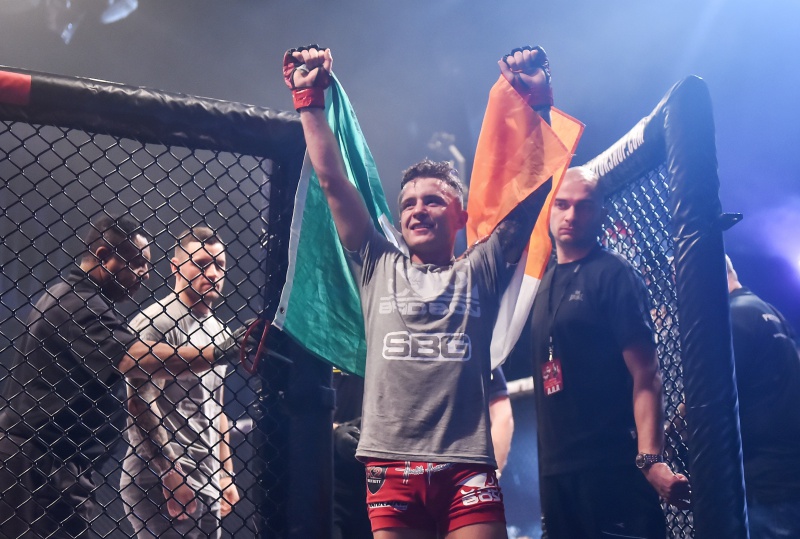 END_OF_DOCUMENT_TOKEN_TO_BE_REPLACED

The Strabanimal is gearing up for a fight this weekend that could determine whether or not he can crossover into the mainstream like his SBG counterpart.

He has to get through Ricky Bandejas first whose record of 10-1 is not to be sniffed at.

Once he gets through that then he can look to become Ireland's second legitimate world MMA champion.


popular
James Haskell on text exchange with Peter O'Mahony after Ireland's victory over Scotland
The SportsJOE 12 o'clock quiz | Day 103
Fines and suspensions in Tipperary after stewards enquiry
Can you name the first clubs these players went to after leaving Celtic?
"The academy boys have turned into small monsters over the past few weeks" - Peter O'Mahony
SportsJOE 2000s Football Quiz | Round 8
"I have more work done than any player in Ireland" - The Trevor Giles tribute show
You may also like
1 month ago
Justin Gaethje tells Conor McGregor to wait his turn
1 month ago
McGregor the fighter just couldn't help himself
1 month ago
"I'll go to Ireland; do what I gotta do" - Gaethje has plans for McGregor after title fight
1 month ago
Justin Gaethje demolishes Tony Ferguson to claim interim title
1 month ago
Donald Cerrone loses fourth fight in a row amid eye-poke controversy
1 month ago
Jacare Souza pulled from UFC 249 after positive Covid-19 test
Next Page