That could have been an awkward post-fight interview.

Sijara Eubanks has put an end to her bad blood with UFC commentator Joe Rogan after the pair came face to face for the first time since Rogan claimed he didn't know who Eubanks was.

The admission came after the unexpected announcement that Eubanks had been granted a shot at the UFC's flyweight title against Valentina Shevchenko at UFC 230, a move which inspired so much fan backlash that the organisation had to scrap the idea and return to their original plan of having Shevchenko fight Joanna Jedrzejczyk.

END_OF_DOCUMENT_TOKEN_TO_BE_REPLACED

Eubanks warned that she would be having words with Rogan the next time they saw each other.

'Sarj' moved to 2-0 in the UFC with a unanimous decision win over Roxanne Modafferi on Saturday night and viewers waited with bated breath as Rogan entered the Octagon to interview Eubanks but, thankfully, the meeting passed without incident after the 125lber accepted Rogan's apology.

END_OF_DOCUMENT_TOKEN_TO_BE_REPLACED

"I did say a little something to Joe Rogan right before we got started (with the post-fight interview)," Eubanks told MMAjunkie.

Eubanks missed weight for this weekend's clash, which did little to endear her to fans but at least she no longer has Rogan's die-hard following on her back any longer. 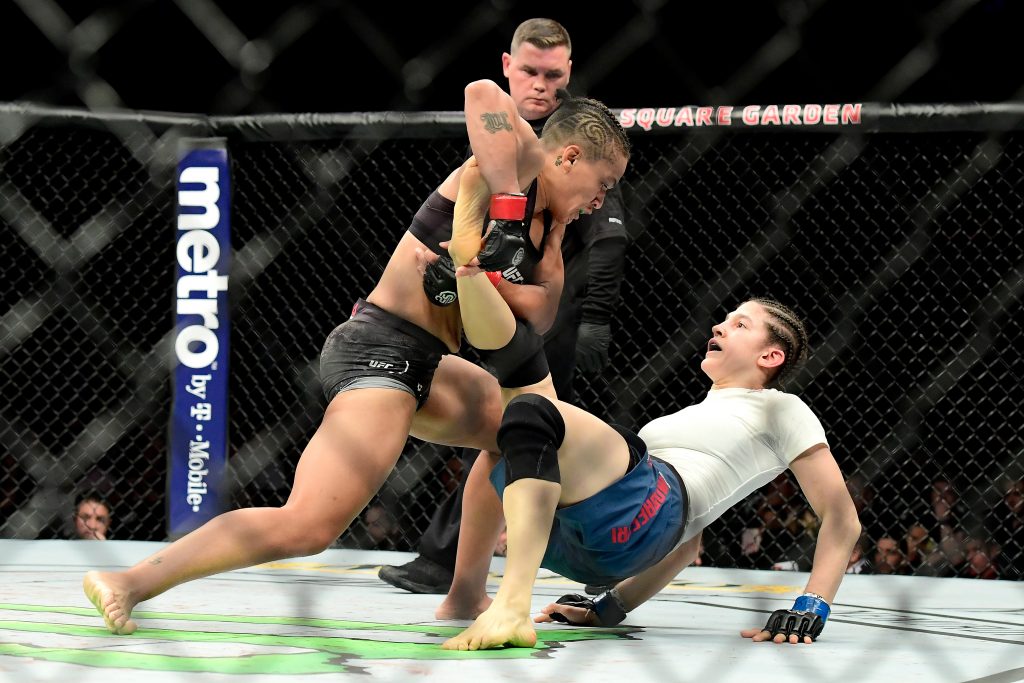 END_OF_DOCUMENT_TOKEN_TO_BE_REPLACED

The 33-year-old insisted that she was happy to bury the hatchet with the veteran commentator.

"Joe, he calls a lot of fights. I’m going to fight a lot of fights. So, we squashed our beef, per se, but I like Joe. He came up to me, he said something, said he wanted to say something to me in private – said he didn’t mean any disrespect by it. I was like, ‘Well, you know I’ve got to talk a little smack,’ and at the end of it, I told him he does have some crazy fans. I was like ‘Your Twitter following is nuts, boy. They were going to murder me out there.’ I didn’t realise I started a riot, kind of. He kind of laughed about it."