Her gloves, fresh from being raised to the skies in victory, were still coated with a layer of Valerie Letourneau's blood.

Joanne Calderwood had just put on the performance of her life in her fourth fight in the UFC.

But Calderwood (11-1) was unable to celebrate for long because, overlooked for a post-fight bonus, the Scottish Muay Thai specialist revealed that she would have to go back home to work in order to save enough money to fund another training camp at Tristar.

The 29-year-old flourished under the tutelage of Firas Zahabi in Montreal, after struggling with personal issues in her UFC career up to that point.

But Dana White has since claimed, after considering her stellar victory over recent strawweight challenger Letourneau, that Calderwood would indeed receive a fight bonus, as well as an improved deal with the promotion.

END_OF_DOCUMENT_TOKEN_TO_BE_REPLACED

"She will be bonused for that fight," White announced on the Unfiltered podcast. "There were so many good fights that night, people were going crazy, ‘How did she not get [a bonus]?' and it's true. Me and Lorenzo were saying, how the hell did that skip us, she should have got a bonus." 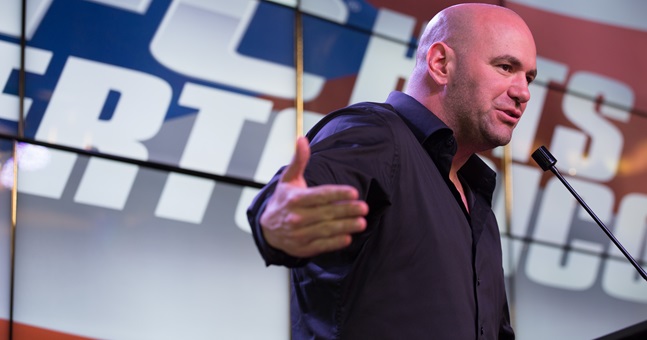 "In that 115 lbs division, you don't see finishes, the way she finished Valerie," White continued. "And, Valerie went five rounds with Joanna Jędrzejczyk, Joanna didn't do that to her. We're going to take care of her, and we're going to sign her to a new deal."

That win moved Calderwood to 3-1 in the UFC, after losing in the quarter-final stage of The Ultimate Fighter Season 20, and, on Saturday, she moved up to 125 lbs to take on Letourneau in a special, one-off women's flyweight contest on the main card of UFC Ottawa at the weekend.

END_OF_DOCUMENT_TOKEN_TO_BE_REPLACED

But White explained that the reason for the lack of conversation about a new deal for Calderwood was down to the fact that he was unsure whether or not she would even fight again prior to this weekend.

"The reality of it was, for the last year plus, we didn't know if that girl was ever going to fight again, so, to put that in perspective," he said. "This girl at one time was one of the hottest prospects in the 115 lbs division. ... It looks like she got through that, she's in a stable camp, and we'll take care of her."

If Calderwood continues to show up in the same way as she did on Saturday night, it won't be long before she's staring down the barrel of a title shot.