Blaine O'Driscoll has branded his current situation "a joke" after discovering he will no longer be fighting for the Cage Warriors flyweight title this weekend.

O'Driscoll was set to challenge champion Nathan Greyson for the 125lbs belt in the main event of Cage Warriors 99 this weekend but learned on Wednesday that Greyson would no longer be competing.

According to Cage Warriors president Graham Boylan, Greyson stopped cutting weight without informing anybody and O'Driscoll now remains without a fight. 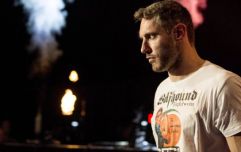 END_OF_DOCUMENT_TOKEN_TO_BE_REPLACED

The Straight Blast Gym Ireland standout took to Instagram to vent his frustration about the situation.

"As most poeple know my fight is off this Saturday. My opponent refused to make weight yesterday evening and won’t fight Saturday," O'Driscoll wrote.

"I love training so time spent grinding for the last 8 weeks does not bother me, but I had organized time off work and a lot of people had set aside their life and spent a lot of money to come to London to see me take that belt all all this time and money has been wasted.

"It’s a joke how this can happen with a so called champion. Don’t sign to fight if you know you can’t make the weight and waste everyone’s time.

END_OF_DOCUMENT_TOKEN_TO_BE_REPLACED

"Thanks to Coach Kavanagh and Cage Warriors for helping me any way they can.

Cage Warriors confirmed that O'Driscoll would be paid in full for his training efforts and the promotion is currently looking for another fight for the 26-year-old.

I’ve cleared the FULL contracted purse to be paid to @BlaineSbg for his #cw99 bout & we will fly him into the event with hotel paid for should he want to come. We’l do what we can to help Blaine out with another bout. 🙏🏼@SBG_Ireland @John_Kavanagh #irishmma #mma 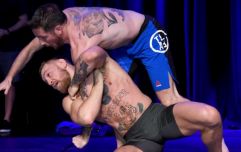 END_OF_DOCUMENT_TOKEN_TO_BE_REPLACED

Greyson, meanwhile, has been accused of disrespect by Europe's top promotion and given the current situation, his comments earlier this week suddenly look very interesting.

Speaking to Peter Carroll on MMA Fighting's Eurobash podcast, Greyson admitted that he was reconsidering his time as a flyweight due to rumours about the UFC discontinuing their 125lbs division.

He said: "I’m a prizefighter now, so the incentive really isn’t there for the weight cut for this fight. It’s gone a bit weird, the incentive, because the UFC’s flyweight division doesn’t seem like it’s going to be there anymore. It’s a bit fucked up."


popular
Ireland team to play Wales: Andy Farrell's XV, the big calls and bold cuts
Everton release brutal 59-word statement to confirm Anthony Gordon departure
Chelsea fire back and clear up why Hakim Ziyech's PSG move collapsed
Five confirmed changes and guidelines to have big impact on 2023 Six Nations
"Every team did it!" - Paul O'Connell on Roy Keane comment to Ronan O'Gara that he couldn't deny
Owen Farrell praises Johnny Sexton in revealing interview ahead of Six Nations
"It's crazy to think Bundee Aki might come straight in and start against Wales"
You may also like
4 years ago
Peter Queally's time with Russian promotion likely over following Allah comment
4 years ago
Bellator champion accepts SBG fighter's intriguing proposal that would have Ireland absolutely buzzing
4 years ago
Undefeated Irishman Richie Smullen eliminated from the Ultimate Fighter under bizarre circumstances
4 years ago
Charlie Ward calls out 50 Cent following brutal knockout victory
4 years ago
John Kavanagh shows he's so much more than just a coach
4 years ago
SBG Ireland offering free women's self defence classes in response to recent attacks
Next Page