"I'm going to smash everybody."

Northern Ireland's Rhys McKee had the privilege of opening a UFC main card on his debut with the promotion. However, it was Khamzat Chimaev that took the honours with a dominant first round TKO.

Former UFC middleweight champion Robert Whittaker took home a decision win over Darren Till [48-47 on all three scorecards] and Fabricio Werdum submitted Alexander Gustafsson in the first round of their heavyweight bout, but Chimaev's performance stole a lot of the shine.

The Chechnyan fighter, who is now based in Sweden, was 6-0 coming into the UFC but has now improved to 8-0 after two impressive victories in the space of 10 days. Chimaev defeated John Phillips inside two rounds on his UFC debut, on July 15, and set a record for turnaround time between wins by picking McKee apart.

McKee, a former BAMMA lightweight champion, had been knocking at the UFC's door for some time and his willingness to head to Das Island in Abu Dhabi helped get a fight contract over the line. Facing Chimaev at welterweight on his debut with the promotion was always going to be a tough ask but he did not baulk. 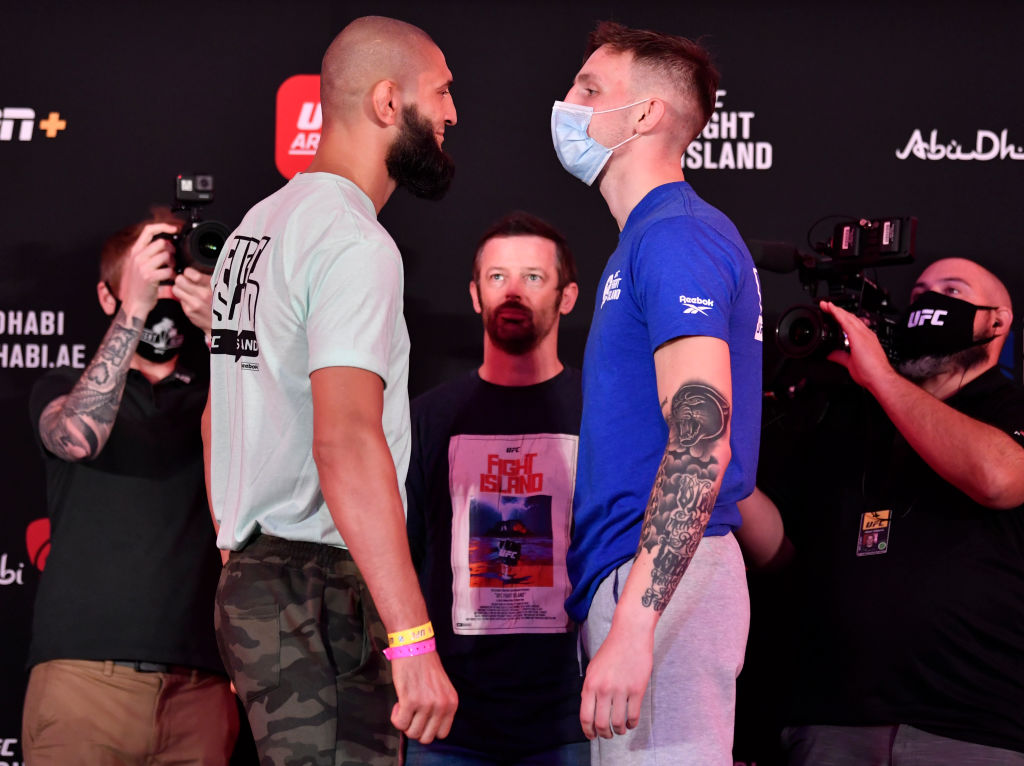 Chimaev has earned plenty of comparisons to UFC lightweight champion Khabib Nurmagomedov due to his wrestling abilities and the way he physically imposes himself on opponents. His performance at Fight Island 3 was something 'The Eagle' himself would have been proud of.

The 26-year-old took only 20 seconds to get McKee to the mat and he spent the next two and a half minutes wailing on the Ballymena fighter before the referee eventually stepped in to end the contest. Following his win, Chimaev told Dan Hardy:

As for McKee, he has vowed to return stronger after his loss. The 24-year-old should have two more fights on his contract so he will be hoping for a return to winning ways to stay on with the promotion.

Dare to dream, 6 days notice we step up congratulations to @KChimaev a real beast look forward to seeing him fight again, I will be back better as I always am ❤️

Chimaev is looking for a fight with a higher profile name next. For the second time in 10 days, he called out Donald Cerrone and believes a win over 'Cowboy' can jump him up the 170lbs rankings. Asked what he would do with his Performance of the Night bonus, Chimaev said:

"I will use it to help someone. I do this not only for me, I do this for everybody. I can help. I don't to be like a Conor McGregor-type, where I show off my money and cars. I want to help the people."

The main event saw Whittaker get the unanimous decision win over Till in a bout that was much more tactical and technical than many expected. The former champion landed more significant strikes and completed two takedowns to edge a close fight.


popular
Lock yourself in because the sport on TV this weekend is hilarious
Paul O'Connell names four Irish certainties for Lions, and one bolter
The SportsJOE 12 o'clock quiz | Day 223
"It was a diluted version of what we were" - Why 'Donegal system' didn't work for others
Ladies championship starts with fireworks as Armagh blitz Tyrone in nine goal thriller
Maher defying the odds in a bid to turn it around for Dublin
Alisson criticises Jordan Pickford for Van Dijk challenge
You may also like
6 days ago
Conor McGregor pays tribute as Khabib retirement blows division wide open
6 days ago
Khabib Nurmagomedov sensationally retires from UFC after demolishing Gaethje
1 month ago
UFC should embrace Conor McGregor's proposed new role
1 month ago
Dana White claims Conor McGregor broke 'man code' by sharing DMs
1 month ago
Conor McGregor shares DMs from Dana White to justify boxing comeback
1 month ago
Back-up plan for Khabib vs. Gaethje title fight has pissed a lot of people off
Next Page