We very nearly saw the usual coaches' fight at the end of The Ultimate Fighter Season 22, five months after shooting wrapped.

It's emerged that Urijah Faber was offered and accepted a lightweight bout with Conor McGregor at UFC 196 after Rafael dos Anjos withdrew from the main event with a fractured foot.

Faber, who competes in the UFC's bantamweight division, claimed that he was on the shortlist of fighters who the promotion wanted to step in on short notice and that he took the fight on just eleven days' notice. 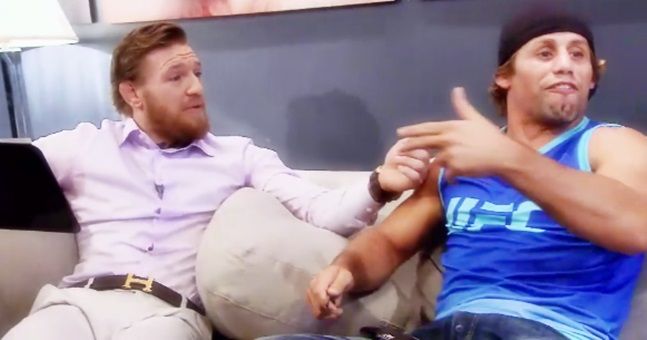 END_OF_DOCUMENT_TOKEN_TO_BE_REPLACED

"Dana called me and offered me the fight," Faber told Yahoo Sports. "He said I was who he is pushing for. I accepted [but] Conor ended up wanting Diaz. I was ready. Lean at 158 [pounds]."

Faber and McGregor have a rivalry dating back to last July when they clashed ahead of the weigh-ins for UFC 189 and which led to the pair coaching opposite one another on the latest season of The Ultimate Fighter. 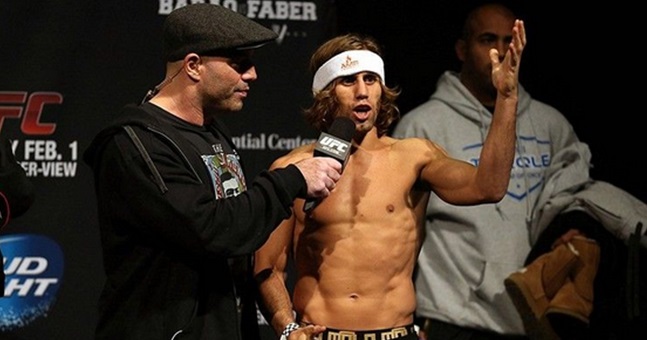 END_OF_DOCUMENT_TOKEN_TO_BE_REPLACED

And although he would have been the much smaller and less prepared fighter on the night, Faber still fancied his chances against 'The Notorious.'


popular
"I went up to the Italians and gave them a big auld shoulder" - Paul O'Donovan does it again
Wexford, Waterford and Kilkenny down some good men as Australia calls
Wexford Under-20 lights it up as Ferns win their first ever county title
Man United have 'decided to sell' promising midfielder James Garner
Graeme Souness under fire for calling football a ‘man’s game' while sat with Karen Carney
Luke Chadwick recalls furious Alex Ferguson reaction when he rejected loan move
Erik ten Hag's training ground punishment for Man United shows there may be hope yet
You may also like
1 month ago
Jorge Masvidal speaks about defending BMF title against Conor McGregor
2 months ago
Dana White reveals who Conor McGregor could fight on UFC return
2 months ago
Your guide to a great weekend of sport and how to stream it all
2 months ago
Conor McGregor says he knows his next UFC opponent and fight date
3 months ago
Commentating cage-side, Daniel Cormier missed the UFC knock-out of the year
3 months ago
Conor McGregor responds to Michael Chandler's callout after UFC 274
Next Page