It's genuine anyway, that's for sure.

Rafael dos Anjos has had to pull out of UFC 196 with a broken metatarsal (full injury details here) and it has left Conor McGregor's near future up in the air.

The Dubliner was looking to make history and win the lightweight belt from the Brazilian to add to his featherweight title but he has since agreed to take a fight with Nate Diaz.

Rafael dos Anjos, meanwhile has felt the need to prove his injury to the world and, Jesus, with one picture he did more than just that.

It's easy to see why he shouldn't be putting pressure on his foot for three weeks.

Sorry to all my real fans and @ufc,I never cancel any fight due to injury but accidents happen #Jesus #truechampion pic.twitter.com/wrV58w9KaS

His apparent swipe at those criticising him didn't go down well with everyone though.

Some people blame him for getting injured and all hell broke loose. 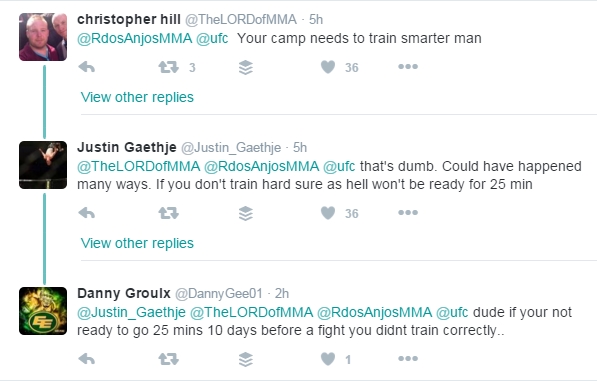 Others were set on getting to the bottom of some fishy details. 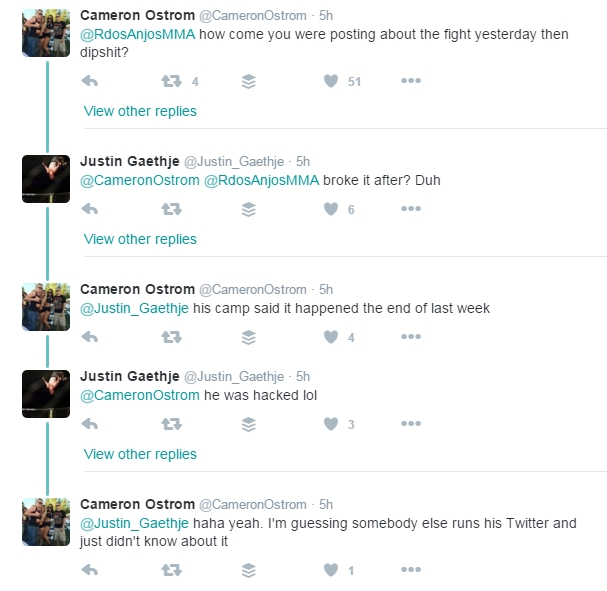 Some men had more important things on their mind.

But there was still some respect being handed over.