PIC: We're no doctors but we reckon Roy Nelson just might have broken his hand at the weekend

Think of a harder hitter than Roy Nelson.

If you said Anthony Johnson, fair enough. If you said anybody else, you're probably wrong.

Big Country may not have the most athletic physique on the UFC roster, nor the most technical striking, but he can knock out just about any man alive if he catches them clean.

END_OF_DOCUMENT_TOKEN_TO_BE_REPLACED

Nelson is coming off three consecutive defeats for the first time in his career, with the latest arriving via a unanimous decision defeat to Josh Barnett at UFC Japan.

Nelson caught Barnett with some bombs early on in Saturday night's main event which proved that the TUF 10 winner is dangerous at all times on the feet. 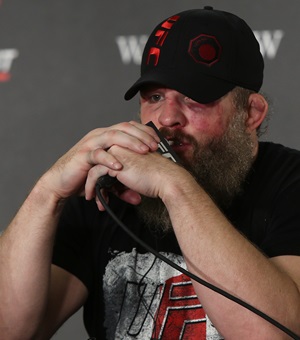 But it wasn't to be for Big Country on the night and he couldn't get the better of a wily Barnett.

It emerged after the final bell that Nelson broke his hand quite badly in the fight, with the subsequent X-rays showing that his thumb had become completely separated from his hand. 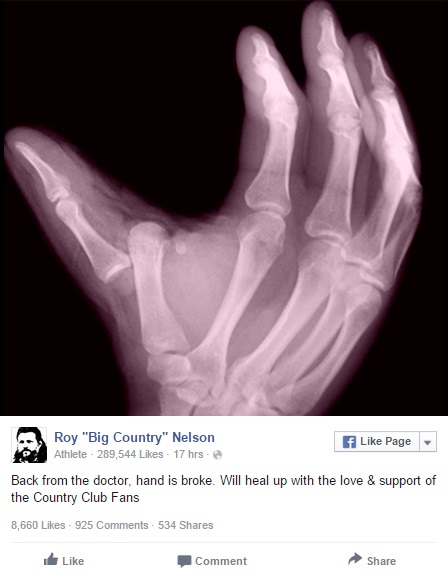 That's not a good look!