PICS: Either Gegard Mousasi's Facebook was hacked or he's about to get in an awful lot of trouble

The UFC middleweight was stopped by Uriah Hall in what was expected to be a routine victory for Mousasi at UFC Japan on Saturday night.

After a dominant first round, Mousasi was caught with a spinning back kick that was the beginning of the end and the defeat moved his UFC record to 4-3.

Mousasi's Facebook page became rather active in the hours after the fight as Mousasi appeared to respond to trolls in a brutal fashion throughout Sunday morning. 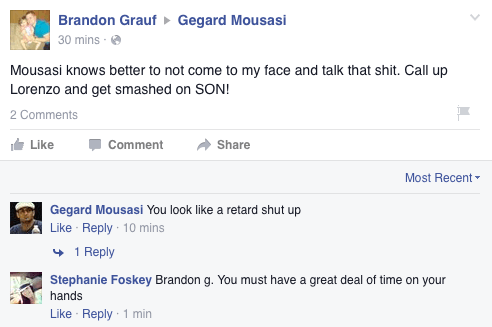 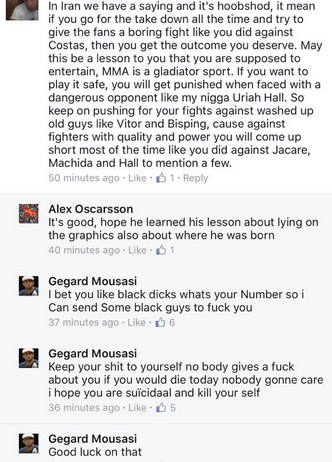 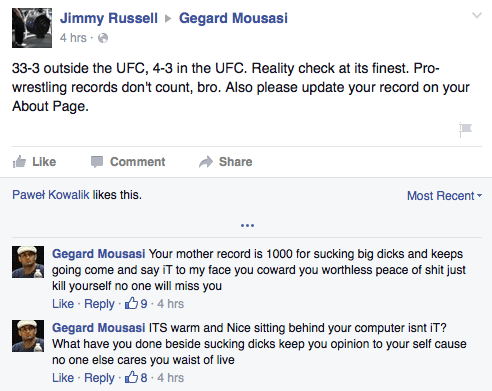 END_OF_DOCUMENT_TOKEN_TO_BE_REPLACED

We've not seen Mousasi behave in this way in the past which does set alarm bells ringing that perhaps his account of 70,000+ followers was hacked.

We should also say that the page is unverified but the fact that behind-the-scenes photos and pictures from Mousasi's personal life continue to appear from the feed would suggest that it is indeed Mousasi running the page and, if that's the case, we think he may just be set for a dressing down from Dana White.