What a performance from 'The Showstopper'.

The Brazilian was chasing down his younger brother Patricio, who holds the lightweight belt. There was even talk of the title being vacated so 35-year-old Patricky could have a taste of glory.

END_OF_DOCUMENT_TOKEN_TO_BE_REPLACED

Just days before his bout with Queally, who fights out of John Kavanagh's Straight Blast Gym, 'Pitbull' told MMA Fighting, "I know that my brother, the Pitbull Brothers fighters and I have what it takes to destroy the entire SBG. Easy."

In the end, it was anything but easy. It was, in fact, a two round war. 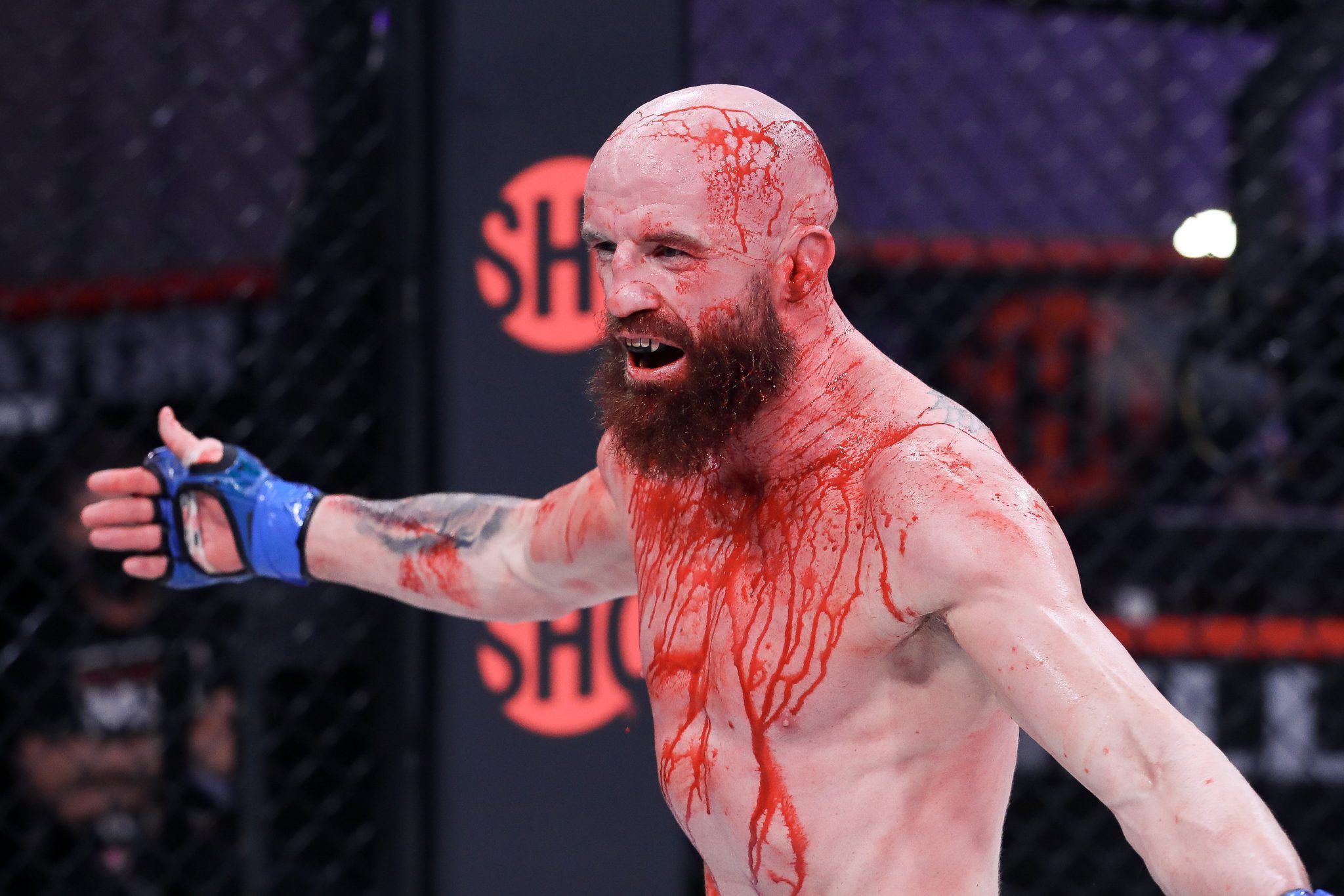 END_OF_DOCUMENT_TOKEN_TO_BE_REPLACED

Both men waded into each other from the off and landed heavy strikes. On the occasions Freire scored take-downs, it was often Queally doling out the punishment with an aggressive ground game.

Indeed, it was a series of devastating elbows to the head of the much-fancied Brazilian that effectively sealed Queally's triumph. He uncorked three straight to Freire's crown, with the third opening his opponent up. With his corner unable to stop the bleeding before the start of the third round, the fight doctor stepped in to end the contest.

END_OF_DOCUMENT_TOKEN_TO_BE_REPLACED

Freire has fought a number of big names in his 33-bout professional career, including Benson Henderson, Eddie Alvarez and Michael Chandler, who will soon fight for the UFC lightweight belt.

Queally (14-5-1) was not even ranked in the top 10, coming into the fight. He is now eyeing a title crack off younger brother Patricio.

"If you think you’re going to stop me with leg kicks, you need another plan. It’s not going to happen.

"I think he’s going to win the tournament against AJ [McKee]. Good luck to him. And then he should defend his belt against me. Let’s settle this once and for all. He has to have respect for what I did to his brother there. And if he doesn’t want to fight me after that, then I’m going to lose respect for him."

Promo emphatically cut, off Queally strode to soak in the biggest win of his career, to date.

Elsewhere on the night, at Bellator 258, there were wins for Antony 'Rumble' Johnson in the light heavyweight tournament and Michael 'Venom' Page defeated Derek Anderson to generate some title-challenge talk of his own.

The event was closed out by Sergio Pettis winning bantamweight gold with a unanimous decision victory over Juan Archuleta.