We've got a whole new Gegard Mousasi and we're absolutely loving it.

Previously thought of as a quiet, reserved and withdrawn fighter, Mousasi came out of his shell earlier this year and it appears as though there's no turning back.

The 48-fight veteran has adopted an absolutely unique take on the art of trash-talk and his lack of a filter has turned him into one of the most intriguing and enigmatic athletes on the UFC roster.

'The Dreamcatcher' made headlines this week by claiming that UFC featherweight champion Conor McGregor had threatened him with a knife via Twitter direct messages.

The most unlikely MMA feud of the year https://t.co/yZvlfMGols

But away from the drama outside the Octagon, Mousasi finds himself in a bit of a strange spot in relation to his next outing in the UFC's middleweight division.

END_OF_DOCUMENT_TOKEN_TO_BE_REPLACED

185lbs champion Michael Bisping only recently defended his title and the top four in the division are set to face off over the next month, with a title shot on the line for the most impressive winner.

So Mousasi, ranked fifth, will almost certainly have to take on a middleweight behind him in the rankings for his next bout.

He'd asked for the legendary Anderson Silva but that seems to have been rebuffed by the matchmakers. 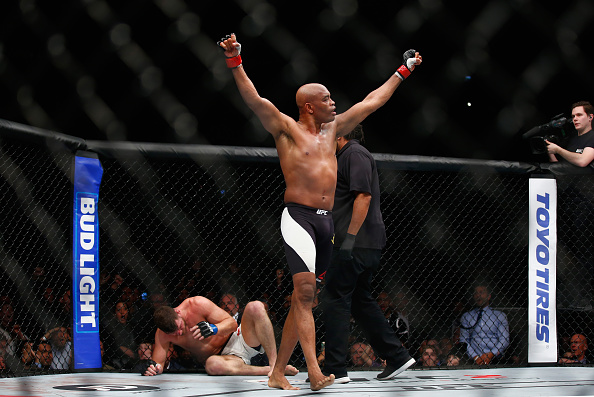 END_OF_DOCUMENT_TOKEN_TO_BE_REPLACED

And with the Silva fight seemingly a no-go, Mousasi has looked in the direction of another veteran of the fight game.

The former Strikeforce and DREAM champion revealed that he's open to welcoming back Nick Diaz, who hasn't fought in almost two years due to a ban for testing positive for marijuana metabolites.

But once he pays off the remainder of the fine that accompanied that punishment, Diaz is free to fight once more and Mousasi has made his availability known.

Typically a welterweight, Diaz has fought at 185lbs in the past and his return to action will be one of the most anticipated of all time.

Who wants to see this fight?#MousasiVDiaz@danawhite @ufc @nickdiaz209 @arielhelwani pic.twitter.com/S9GlbZXhCM

“Nick Diaz, that's a good fight for me,” Mousasi told FloCombat. “Nick Diaz, I think people would love that fight. I can ask for all the fights that I want to fight, but whether they give it to me is a different thing.

“Like even Vitor Belfort, I asked for that fight for a long time, you know? It wasn’t because I asked for the fight [that I got it], it was because Vitor asked for me. He asked the UFC he wants to fight me so they gave him the fight.”