Norman Parke has never been afraid to speak his mind.

The Antrim fighter has apparently grown tired of what goes on behind the scenes in mixed martial arts as he has revealed immediate plans to hang up his gloves.

Parke, who spent four years competing under the UFC banner, explained in a Twitter statement that he intended to retire because he is "sick of how this game works."

Hi folks im going to retire from mma, I am sick of how this game works, not going to say anymore about it, I still plan to fight on bkb this year an thats about it. If promotion offers me a good offer for 1 fight I might take. Hope you will watch me do bkb anyways

END_OF_DOCUMENT_TOKEN_TO_BE_REPLACED

'Stormin' Norman claimed that he still hopes to compete in a bareknuckle boxing bout later this year but would not return to MMA unless he is offered a significant one-fight deal.

Parke earned a UFC contract by winning The Ultimate Fighter: The Smashes lightweight tournament in 2012.

He put together a 5-3-1 record during his stint with the world's most popular MMA promotion before he was cut from the roster two years ago. 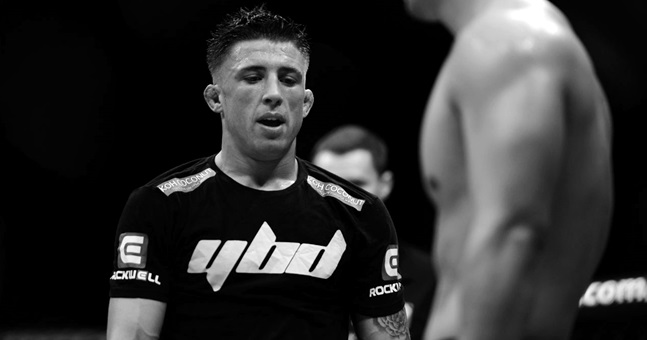 END_OF_DOCUMENT_TOKEN_TO_BE_REPLACED

Parke has since competed for several different organisations such as ACB, BAMMA, KSW and Brave.

The Bushmills man signed a multi-fight deal with Bellator last year and as recently as last week, Parke was revealing plans to hire a nutritionist to help out his cut to 155lbs.

While it's not unheard of for a fighter to threaten retirement in order to persuade their promoter to offer more money, it definitely seems like Parke is serious about drawing the curtain on a 12-year fight career.