It will be a small consolation for 'Platinum', he pocketed an extra $50,000 bonus for his bout.

Mike Perry will be feeling that Vincent Luque a while yet.

That fight was not decided until Shevchenko the judges' scorecards were tallied, yet all agreed that the champ had taken it 50-45 and her reign continues. Just before the main event, Mike Perry and Vincent Luque served up a treat in the appetiser.

The welterweights went full bore for three rounds and Luque had his hand raised after a split decision came back from the three judges [28-29, 29-28, 29-28].

Ultimately, the vicious knee Luque landed on the nose of Perry near the end of the third round proved to be the clincher.

💥Crazy broken beak... I'm chasing a FB from you mate, fellow Scot called Wallace, that's into mma so deep, i Must get the Follow Back 💥😝💥 pic.twitter.com/0CgzH7NZI1

For the beaten American, it was a double blow. It won his opponent the round on the scorecards of all three judges, and absolutely mangled Perry's nose.

Perry had recently fallen down the rankings and was desperate for a victory to get some wind back behind his sails. For Luque, the highlight reel knee and the win over Perry, along with the Fight of the Night bonus, should see him get a top 15 welterweight next. He wants to fight Stephen 'Wonderboy' Thompson next and there may be a slot at UFC 244 in Madison Square Garden.

As for Perry, UFC president Dana White shared a quite gruesome post-fight picture of his badly broken nose:

That will take some heavy-duty repair work to get right. Perry's wife Danielle Nickerson posted on social media that her husband was 'doing okay' despite the loss, and damage sustained in the fight. 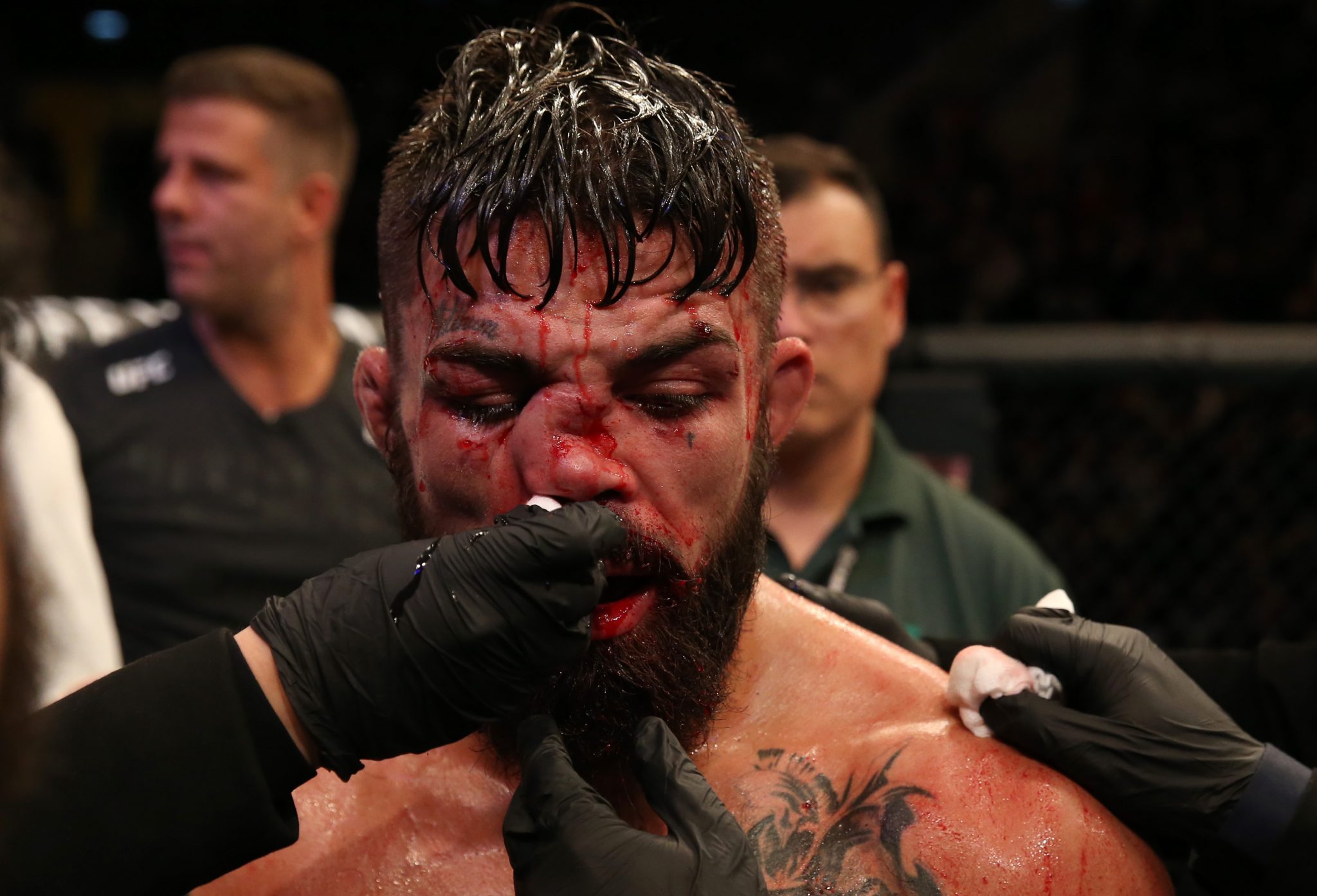 Elsewhere on the card, former light heavyweight title challenger Volkan Oezdemir snapped his three-fight losing streak by knocking out Ilir Latifi at 4:31 in the second round.