Miesha Tate's business is nobody's but her own.

There have been plenty of high-profile relationships between MMA fighters, but Miesha Tate's and Bryan Caraway's seemed to garner more attention than most.

Perhaps it was the level of exposure their relationship received on season 18 of the Ultimate Fighter that sparked the obsession. Superstar champion Ronda Rousey coaching opposite 'Cupcake' shone a very bright spotlight on the series.

Once fans were made aware that they were dating, Caraway, in particular, got hell fo it. Despite being a genuine contender in the UFC's bantamweight division, he found it difficult to shake the boyfriend tag. 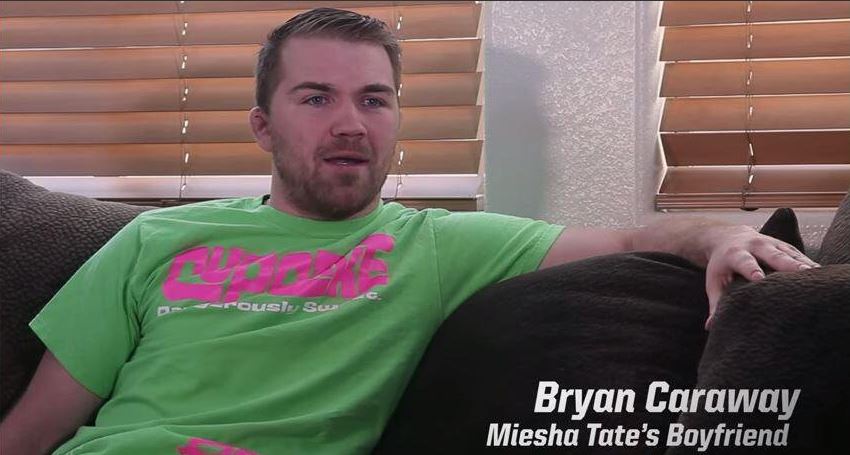 Tate has retired from MMA and is now focusing on her work as an analyst and a broadcaster. Meanwhile, injury troubles have kept Caraway out of the Octagon for over a year. So neither of them have had the opportunity to  address the status of their relationship in a while.

So for everyone wondering if they were still an item, Ariel Helwani was on hand to ask on Monday's MMA Hour.

"Contrary to popular belief, I don't like to pry when it's unnecessary, but because of the public nature of your relationship with Bryan (Caraway), is it fair to ask what is the status of said relationship? You guys are no longer together, right?"

UFC star @MieshaTate's heartwarming tale of human decency will bring a tear to your eye https://t.co/IvHE7I6RuH

Tate's no fool. She knew that at some point she would be asked this question. Odds are, it won't be the last time either. She came prepared, loaded with the perfect politician's response to attempted prying.

"What I've decided, in all this growth of everything I've done and the way of the world of social media, I just don't think people need to care about what the status of my personal life is."

"It's just something that's untalked about because social media can just tear you apart and I just don't care to have it in my personal life anymore. I don't think that I'll ever invite people into my personal life in that way ever again - people that I dont know."

Tate admitted adapting her use of social media to keep fans connected with the aspects of her life that she wants to share with them. She won't be broadcasting personal matters to the world anymore.

"People who matter will know and the people who don't matter in that sense, they don't need to know. That's my stance and I think more people in the limelight should adpt it because it's pretty halacious when the media and everybody gets into your personal life."

If you look closely, you'll notice Tate knocked that one straight out of the park.