"I don't know man. Don't ask me anything about the future, right now."

Suddenly, and despite not fighting since January, Conor McGregor is holding a very strong hand again.

For UFC president Dana White, the shock retirement of lightweight champion Khabib Nurmagomedov was another gut-punch in a year of gut-punches, for him and his promotion.

END_OF_DOCUMENT_TOKEN_TO_BE_REPLACED

Nurmagomedov always had a big following, even before his 2012 arrival into the UFC, but it took his rivalry with Conor McGregor to make him a truly global MMA star.

The promotion gave 'The Eagle' the push he and his followers had always wanted and he headlined two pay-per-views in Abu Dhabi (in 2019 and 2020). There would have been a third, against Tony Ferguson, but the lightweight champion could not travel from Dagestan due to the Covid-19 pandemic.

On Saturday, on 'Fight Island', Nurmagomedov cemented his place as the UFC's greatest ever lightweight by dismantling the second interim champ to come and take a run at him. Dustin Poirier got it last year. Justin Gaethje got it this time. The 32-year-old moved to 29-0 in his career with his 11th submission victory. He has only ever lost one round on the judges' scorecards in his entire professional career.

As we were all soaking in another dominant win by the Dagestani, he sank to his knees and wept openly for the loss of his father and coach Abdulnap Nurmagomedov. His father had passed away during the summer, due to Covid-19, and Nurmagomedov had made up his mind - this would be his last dance. 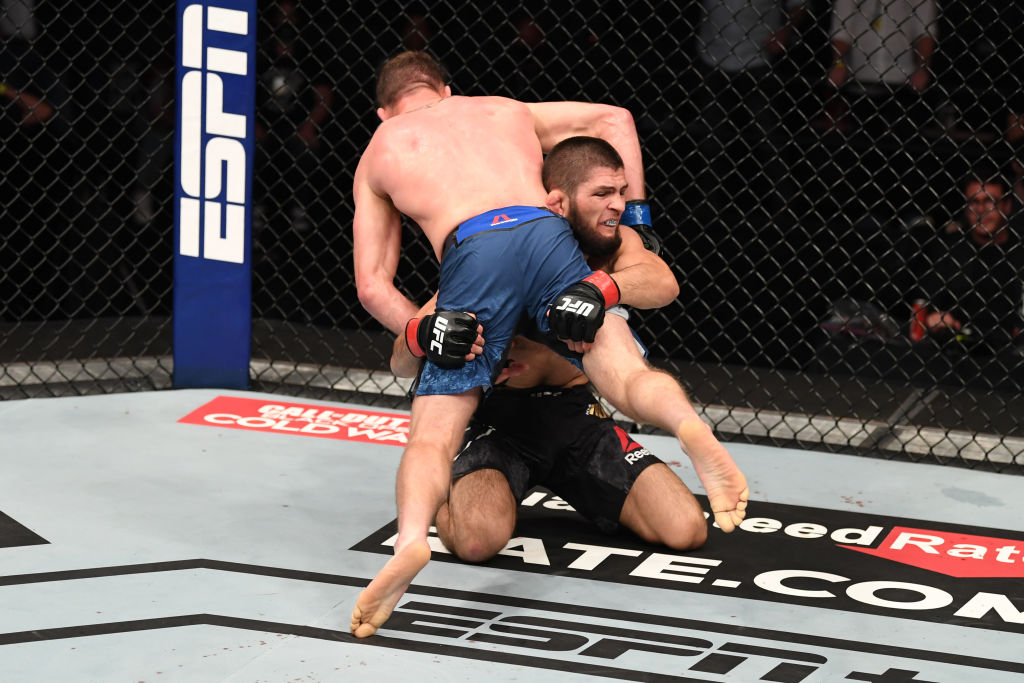 The gloves were laid down in the centre of The Octagon and Nurmagomedov bowed out at the top of the game. His own coaches did not know the announcement was coming and there were plenty of emotions on show.

END_OF_DOCUMENT_TOKEN_TO_BE_REPLACED

In the post UFC 254 press conference, White admitted he had not seen the retirement of 'the baddest motherf***er out there' coming. He was asked about who would contest for the 155lbs belt vacated by Khabib but he appeared to be running on empty. After some rest and relaxation back in Las Vegas, White and his partners will come up with something to whet the appetite.

While Gaethje told ESPN that he would be willing to 'bounce back' and fight Conor McGregor for the vacated belt, the likes of Tony Ferguson, Nate Diaz and former Bellator lightweight champion all made their voices heard.

Were the UFC to consider a lightweight tournament, of sorts, they could easily tie in McGregor and Poirier's January 2021 fight into that. We may well get two title eliminator bouts and an April or May bout for the undisputed title. Here are the top seven men (with Diaz the PPV-friendly wildcard) that would be pressing for inclusion in that:

That leaves out the likes of Dan Hooker, Paul Felder, Al Iaquinta, Kevin Lee and Islam Makhachev and shows how stacked the division remains despite the loss of its champ.

Still on ESPN, Chael Sonnen came up with a simpler solution, and one that may well appeal to the UFC, and many fight fans:

"Okay fellas, this is just for fun. Now, I think we'd all be willing to wager that the UFC would put Poirier and Conor for the title [next January] but then we don't have a conversation, right?!

"Look, there's something meaningful happening with Michael Chandler. There's a rumour that he's going to be fighting Tony Ferguson. That's a fairly good [title fight] option but not as good an option as the McGregor fight." 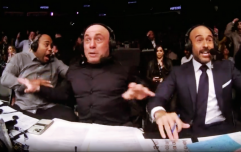 END_OF_DOCUMENT_TOKEN_TO_BE_REPLACED

Sonnen argues that, as always, McGregor is the unknown quantity in any plans. He has, after all, only ever fought once at lightweight in the UFC, albeit defeating Eddie Alvarez for the belt back in November 2016.

Throw into the mix the proposed boxing match with Manny Pacquaio in 2021 and 'The Notorious' may need a big carrot to get him back on a steady basis.

Agreeing with Sonnen that McGregor vs. Poirier is the favourite to be the title decider, Brett Okamoto believes the UFC should book Chandler vs. Ferguson in the co-main event for that January event.


popular
QUIZ: Which is the correct GAA crest?
Andy Moran reveals which former Mayo teammate was the ultimate team player
Paul Galvin is not one bit impressed with the new Kerry jersey
"It’s hard not to respect Johnny, even if you don’t like him!" - Dan Biggar
"I was in the Blackrock end goal looking up to the heavens saying, "Get us through it" - Kerins following his late father's footsteps
Kieran Trippier pinpoints Daniel Levy's biggest transfer mistake
Ireland Under-17 defender Cathal Heffernan 'in talks' with AC Milan
You may also like
2 months ago
Ian Garry on the message he received from Dublin GAA star before his UFC win
2 months ago
Conor McGregor posts emotional 5-minute voice message to Ian Garry after UFC debut win
2 months ago
"The Irish are back, baby!" - Ian Garry pays tribute to McGregor after UFC victory
2 months ago
Dublin's Ian Garry scores sensational knock-out win at UFC 268
3 months ago
UFC star Paddy Pimblett "kicked out" for celebrating Liverpool goals in Watford end
3 months ago
José Mourinho swaps Conor McGregor a Roma jersey for some whiskey
Next Page