Joe Rogan's reaction to Cody Garbrandt and his stunning KO victory should have been the main talking point from UFC 250. Instead, one tweet from Conor McGregor had UFC president Dana White in fiery form.

Raphael Assunção's train was nice and steady on the tracks until 4:59 of the second round in his co-main event fight with former bantamweight champion Cody Garbrandt. That was until 'No Love' dipped to draw the Brazilian in and popped back up with a hellacious right-hand that gave him the lights-out win.

Assunção was sparked before he even hit the mat and Garbrandt raised his fist in celebration. As one-punch knock-out buzzer beaters go, we have found the new G.O.A.T.

On a night when Aljamain Sterling and 'Suga' Sean O'Malley also scored impressive bantamweight victories, there is clear life in a division that recently lost Henry Cejudo to retirement. Saying that, many believe Cejudo will be back even though White wants to press ahead with a 135lbs title fight between Jose Aldo and Petr Yan.

The main event comprised of two-weight UFC women's champion Amanda Nunes tormenting and piecing apart the game but out-classed Felicia Spencer. The first three rounds were a masterclass from Nunes, who still landed shots and takedowns thereafter but seemed content to go the distance and claim an easy points win.

With that win coming over featherweight contender Spencer, Nunes becomes the first two-weight champion to successfully, and actively, defend belts in both divisions. Look and learn. 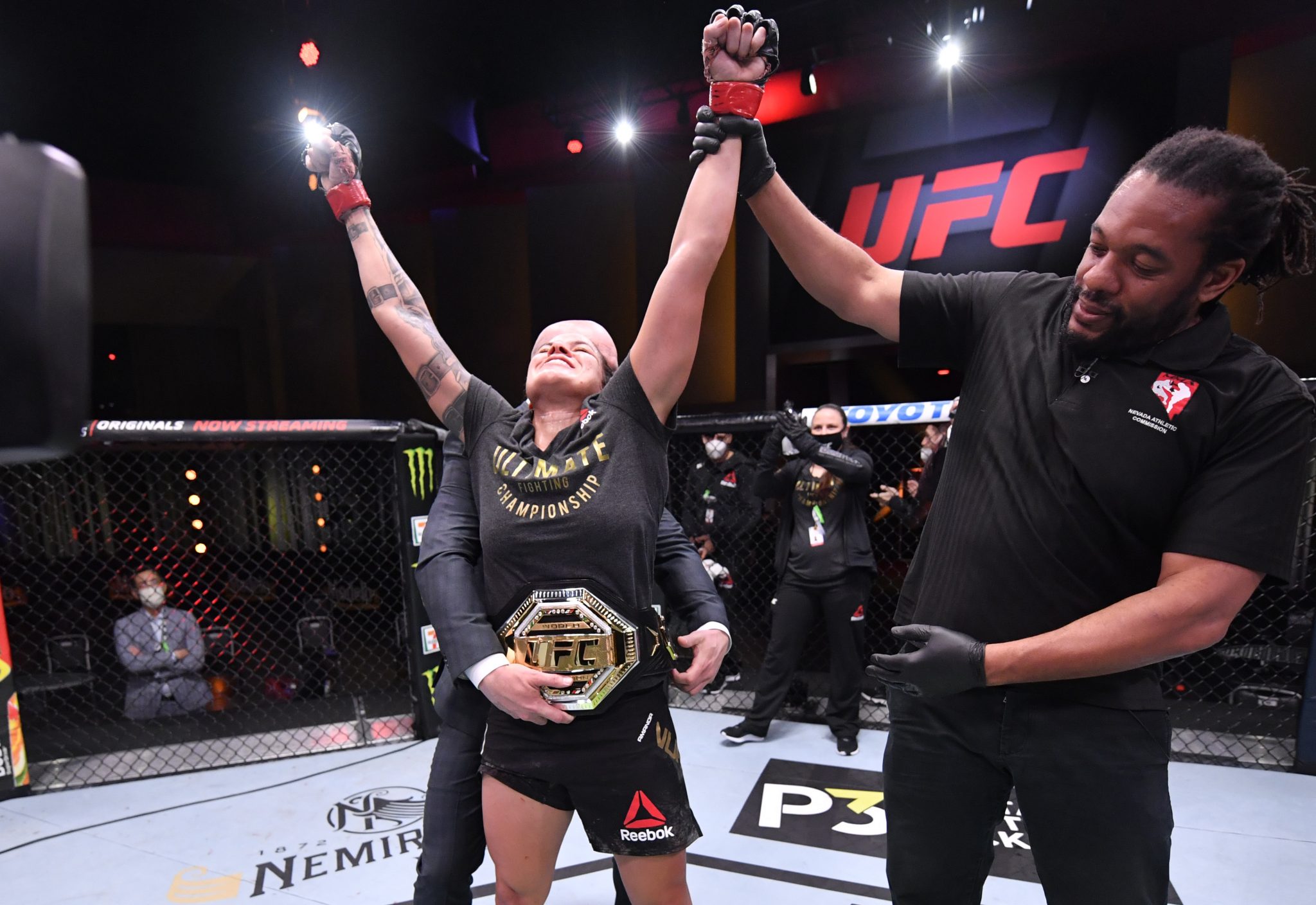 The only fighter capable of testing the Brazilian, at this stage, is Valentina Shevchenko but White is not keen on making that trilogy bout, especially with Nunes 2-0 up.

While UFC 250 was reaching its' climax, former feather- and lightweight champion Conor McGregor opted to put out a tweet announcing his retirement:

Hey guys I’ve decided to retire from fighting.
Thank you all for the amazing memories! What a ride it’s been!
Here is a picture of myself and my mother in Las Vegas post one of my World title wins!
Pick the home of your dreams Mags I love you!
Whatever you desire it’s yours ❤️ pic.twitter.com/Dh4ijsZacZ

This is the third time in four years McGregor has retired over social media so Dana White took questions about the tweet in his stride at the post-event press conference.

"You don’t have to fight," said White. "If these guys want to sit out and retire - if that’s what Conor McGregor, Jon Jones, and Jorge Masvidal are feeling right now - I feel you. On a certain level, I understand it. We’ve been here before, this has happened to us before, more than once too."

Cejudo has already walked away, Jones says he is vacating his light heavyweight belt and Masvidal is asking to be released from his contract. The train is still on the tracks but less and less people will be watching its' progress if the main stars hop off and hitch rides elsewhere.